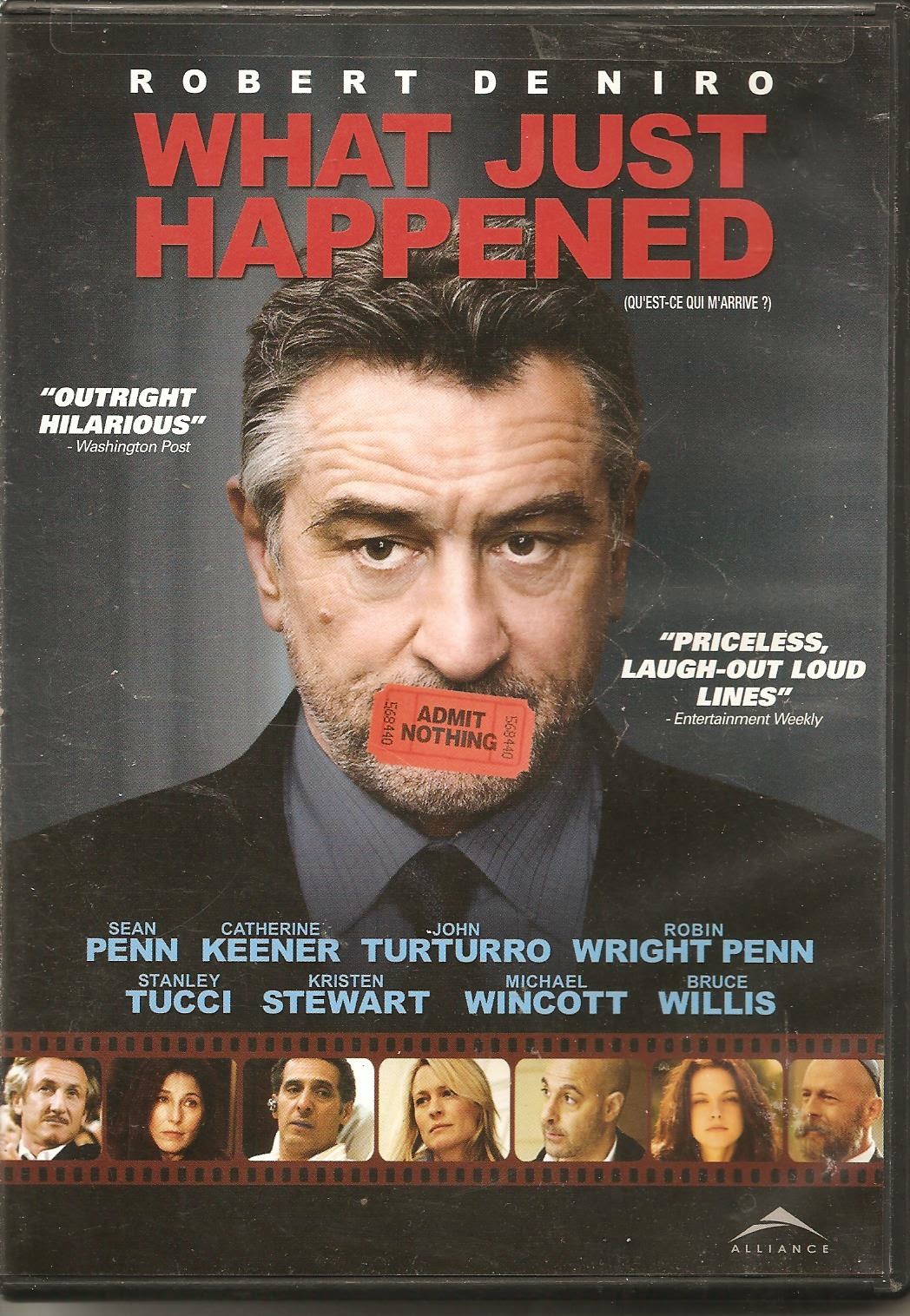 Robert De Niro Film Fest Movie #10 (Dang – it looks like I’m going to have to continue the De Niro film fest into October. Oh well - I've been busy with freelance work, which is good)
Synopsis: It’s a bit like an extra-long episode of Entourage without the 25-year old knuckleheads... or The Player without the murder-mystery.

Blurb From the DVD Jacket: “Based on the acclaimed, best-selling memoir by veteran Hollywood producer Art Linson and directed by Academy Award winning Barry Levinson, What Just Happened follows Ben (Robert De Niro), a producer desperately trying to save his two films from falling apart while managing the chaos of two marriages that already have.”

What Did I Learn?: Apparently, Bruce Willis is a really stubborn asshole.

You Might Like This Movie If: You sometimes ask yourself: "what just happened?"
Really?: I realize that Jeremy Brunell (Michael Wincott) is a frustrated artist with a  volcanic temper, but I have to think that revising the ending to his movie at the last minute, and without telling the studio, would be a career-limiting move.

Rating: What Just Happened is an enjoyable and intelligent black satire that features a very impressive cast. That said, for a comedy, the laughs are somewhat hit-or-miss, the film never really breaks any new ground (see: "Synopsis"), and it isn’t terribly memorable. 7/10 stars.