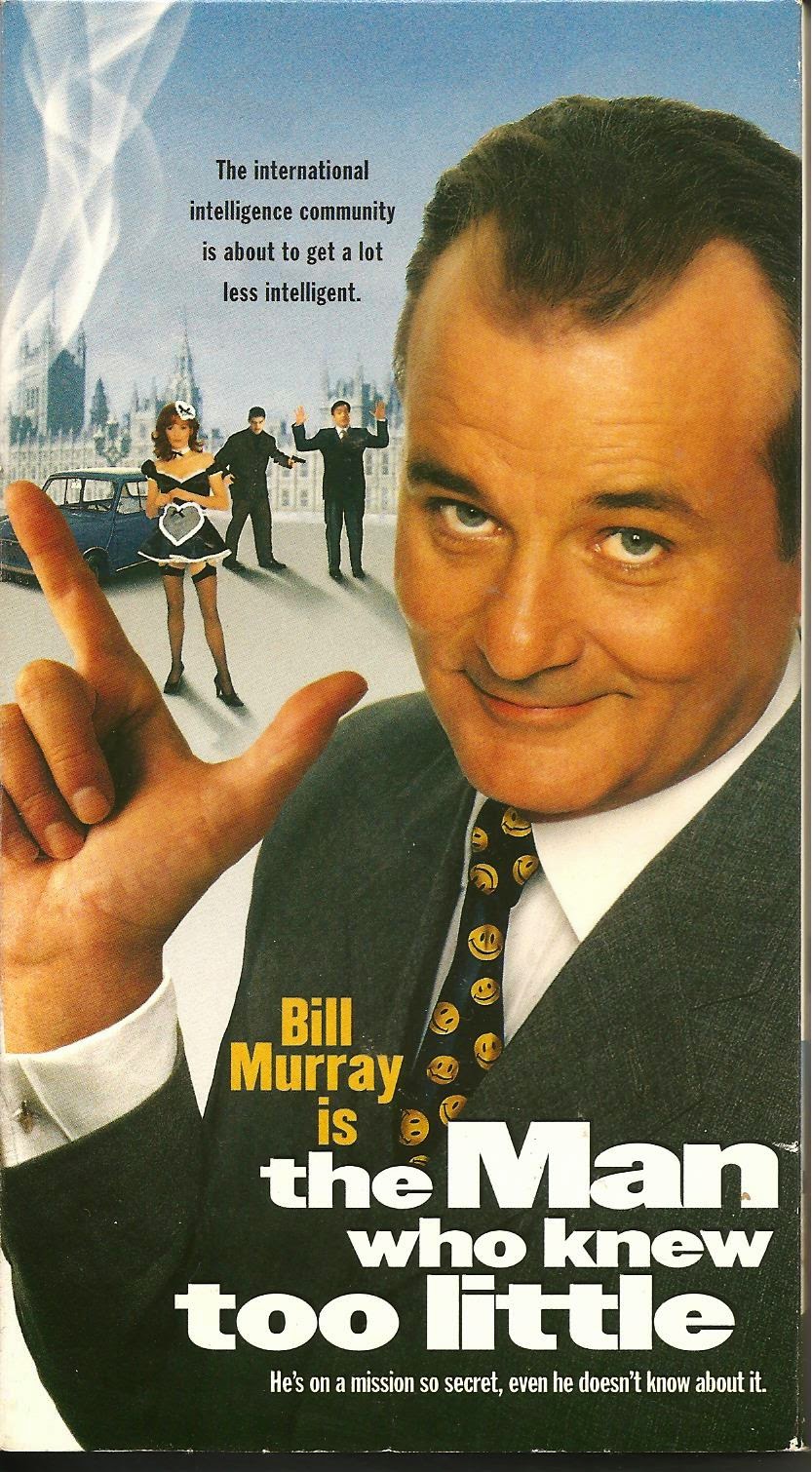 Blurb From the VHS Jacket: “The international intelligence community is about to get a lot less intelligent.”

What Did I Learn?: Not that many women appreciate being introduced to friends as “the Defence Minister’s call girl.”

You Might Like This Movie If: You'll watch anything that involves a Bill Murray dance number.
Really?: 1) So, the cops are impressed by a radio communicator in a gold cigarette case? That might have been believable in the 1960s, but these days most people carry cellphones. 2) Funny how that entire sub-plot: i.e the police raid on James’ London townhouse, and the cops thinking Wallace (Murray) killed the actor, never gets developed, and is dropped by the end. 3) Speaking of the end, I had a little trouble believing Wallace would read a newspaper account of the incident in London and still not put two and two together.

Rating: The Man Who Knew Too Little is one of Bill Murray’s better films. The plot is extremely contrived, and built upon a lot of coincidences and perfect timing, but in this case, none of that matters – it’s an absurdist farce that made me laugh out loud several times. Murray himself is a hoot as the completely oblivious Wallace, Alfred Molina is great as a grumpy KGB assassin, and I’m chuckling over the bomb-tossing finale. Highly recommended. 9/10 stars.