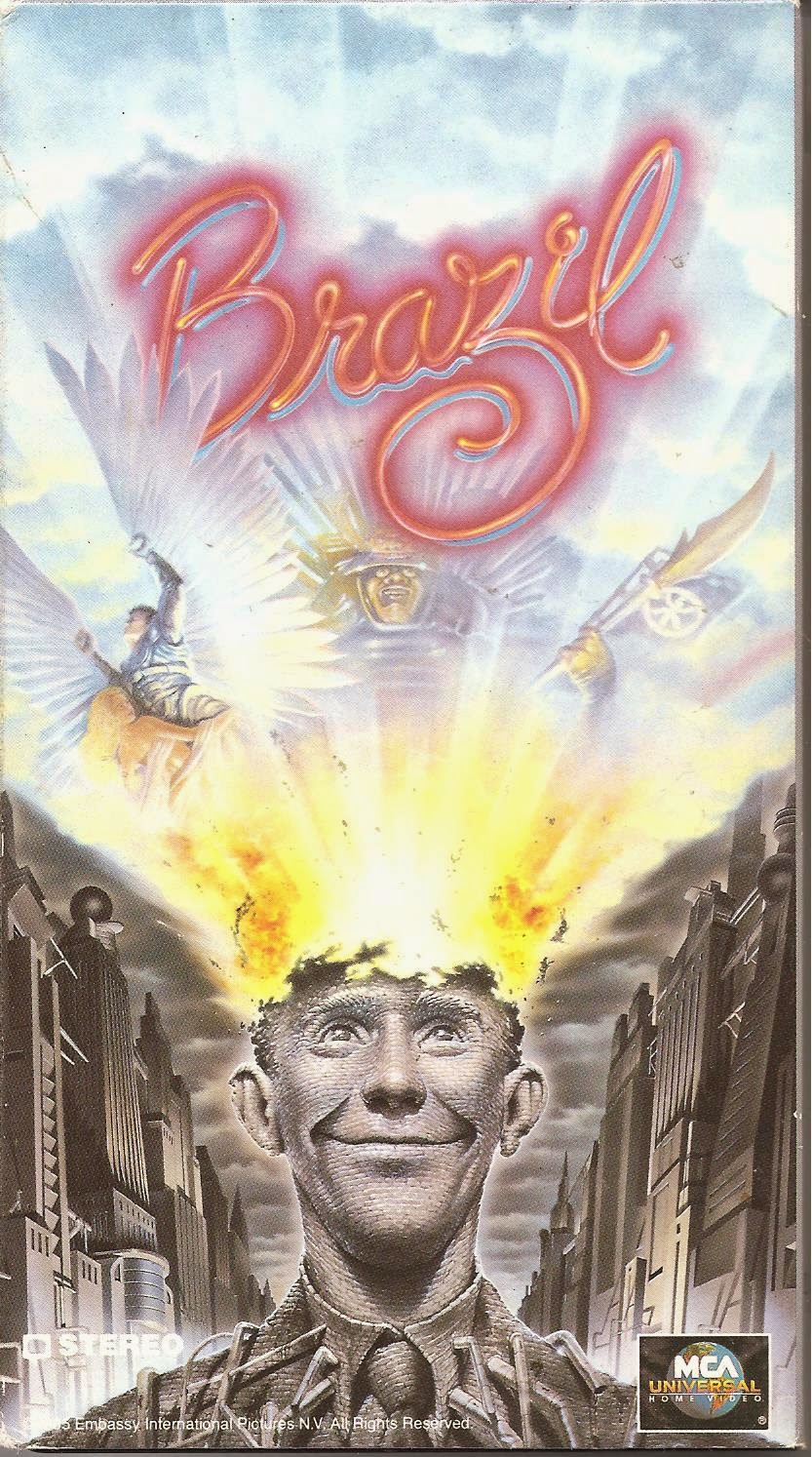 Synopsis: Ever wanted to see George Orwell’s 1984 reimagined through a bad acid trip?

Blurb From the VHS Jacket: “Brazil is a surrealistic nightmare vision of a ‘perfect’ future where technology reigns supreme. Everyone is monitored by a secret government agency that forbids love to interfere with efficiency.”

What Did I Learn?: 1) “An empty desk is an efficient desk.” 2) “Faces are a doddle compared to tits and ass.” 3) If the state has basically kidnapped a woman’s husband, tortured him to death and disposed of his body, there's a better-than-even chance she won’t be in a bubbly mood if you show up at her doorstep with a small refund cheque.

You Might Like This Movie If: You'll watch anything that involves crappy old technology....and Brazil!
Really?: Um….what the fuck did I just watch?

Rating: I’ve never been a big fan of Terry Gilliam’s films, so it didn't surprise me when I took a strong dislike to Brazil. Sure, Brazil is highly imaginative and visually stunning (it obviously influenced a lot of later films, not to mention TV shows and commercials), but it’s also loud, difficult to follow, and at least 45 minutes too long. Moreover, even for a black satire, the film isn’t terribly funny, and Sam (Jonathan Pryce) isn’t all that likeable or interesting as a protagonist. I cannot recommend this movie. 3/10 stars.

Would It Work For a Bad Movie Night?: Maybe…take a drink any time Sam seems awkward... or any time we're treated to the sight of a giant tube.