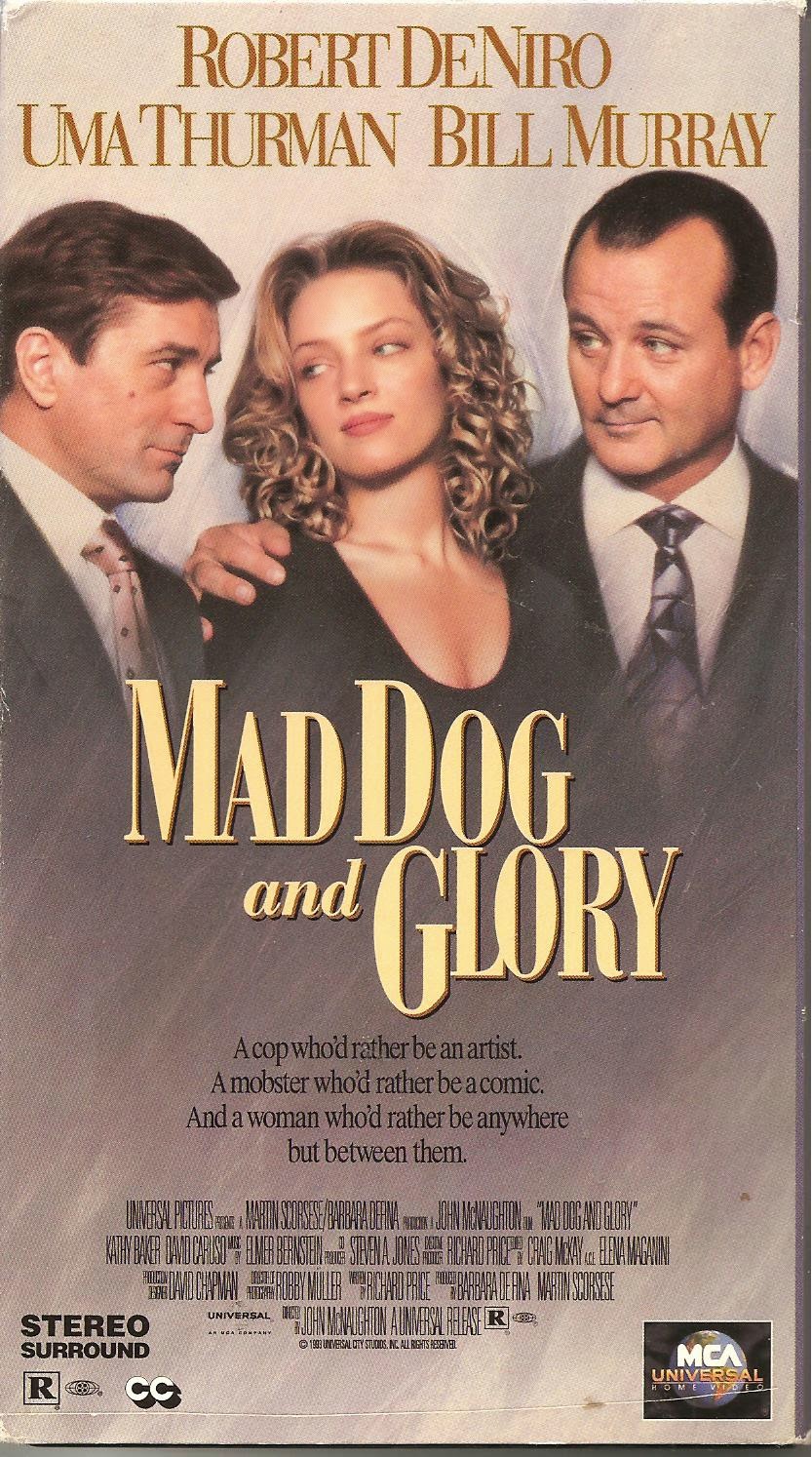 Please click the links to read my reviews of Analyze This, Jackie Brown, Cop Land, The Deer Hunter, Wag the Dog, Night and the City, and my favourites: Casino, Heat, The Godfather Part II, Angel Heart, and Goodfellas.

Blurb From the VHS Jacket: “Chicago evidence detective Wayne Dobie (Robert De Niro) is a shy, soft-spoken man who hasn’t drawn his gun in fifteen years. His fellow cops have jokingly nicknamed him ‘Mad Dog’ for his lack of guts. But when Dobie inadvertently saves the life of Frank Milo (Bill Murray), a local gangster and loan shark who moonlights as a stand-up comic, he becomes the unwilling recipient of an unusual thank-you present: a beautiful young bartender named Glory (Uma Thurman) for one week.”

What Did I Learn?: 1) If you’re putting together a stand-up comedy routine, it’s a good idea to throw in some self-deprecating jokes so you don’t come across as overly hostile. 2) Cops love baked goods.

You Might Like This Movie If: just like Frank Milo, you honestly believe anyone can do stand-up comedy.
Really?: 1) I had a bit of trouble accepting the premise of the movie: i.e. that Wayne would let Glory into his apartment from the get-go, considering he’s a cop, and he can’t be seen accepting gifts from organized crime. 2)So, David Caruso (remember him?) is some kind of tough guy who can beat up guys twice his size? I dunno….

Rating: Mad Dog and Glory is an off-beat comedy featuring some highly-against-type casting. It’s an enjoyable film that starts out well and then sort-of coasts in the second and third acts; Murray disappears for long stretches, and the possibility of an interesting Frank/Wayne friendship (one is a gangster who wants to be a comic, the other is a cop who wants to be an artist) is never developed. 8/10 stars.