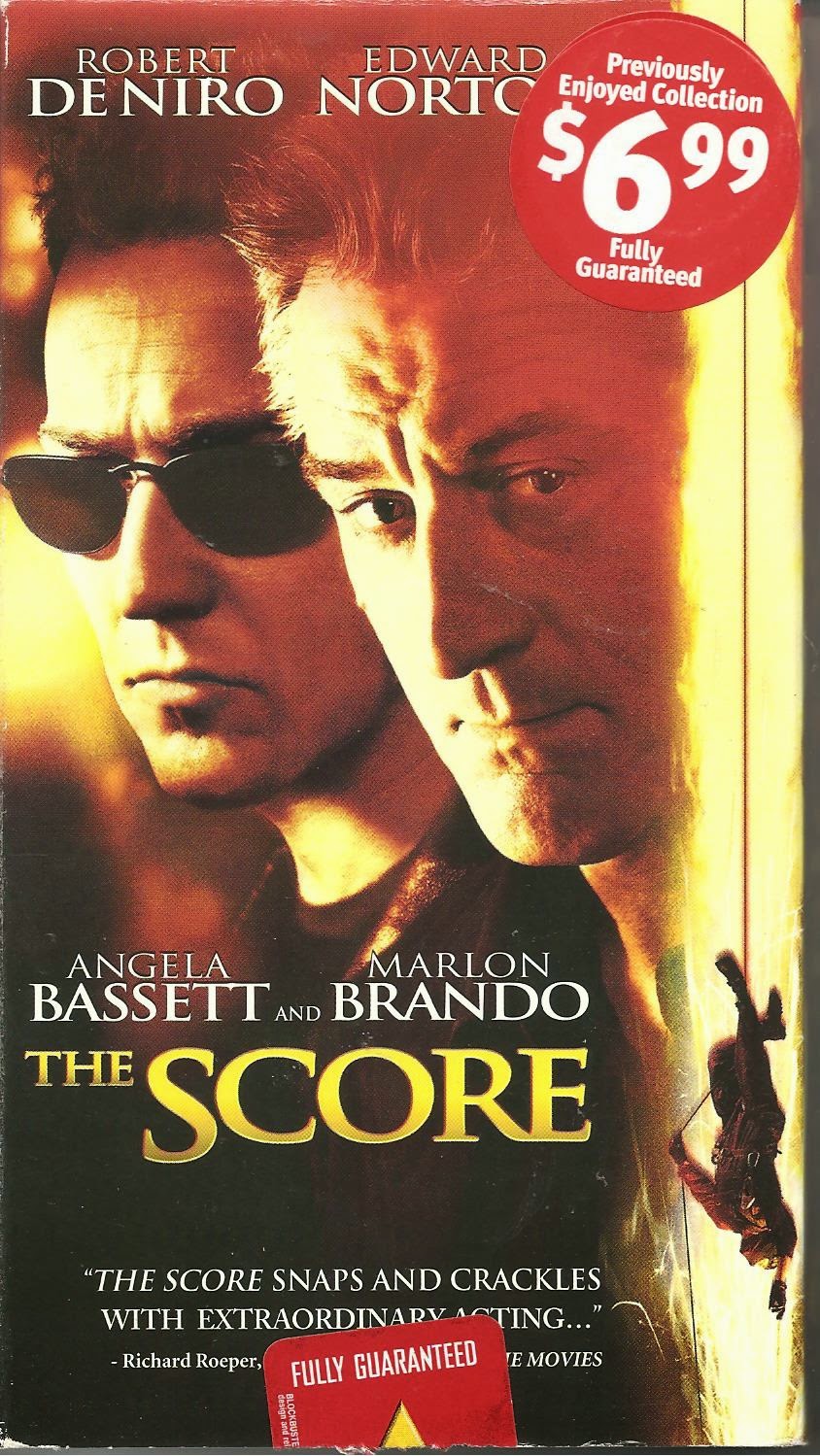 Blurb From the VHS Jacket: “Three generations of acclaimed actors team up in The Score, an intriguing crime thriller that marks the first time that legendary Oscar winners Robert De Niro and Marlon Brando have shared the screen.”

You Might Like This Movie If: you enjoy an expensive lifestyle, and you'll do anything for a big score... or a big Skor.
Really?: 1) So, um… is there a reason why Jack (Edward Norton) decides to fuck with Nick’s (De Niro) head during the actual robbery? I mean, isn’t it a bad idea to waste time when they need to get out of there, lickity-split? That scene when Jack goes silent when Nick is hanging from the wires seems a little silly. 2) Hmm… the veteran cat burglar decides to retire after “one last job”…. That’s original. 3) So, why would Jack show his face to Danny? Considering he knows there’s going to be a massive man-hunt afterwards, that seems incredibly reckless. 4) Even if Jack doesn’t have enough evidence to put Nick behind bars, I’m not sure I’d want him angry with me – he beat the crap out of a dude twice his size, after all. Why couldn’t Jack return to Montreal two or three years later in search of some payback?

Rating: The Score is an entertaining, but somewhat formulaic and forgettable caper film; not bad, but not great, either. While it’s wonderful to see the older and younger versions of Don Corleone (Brando and De Niro) on screen together, and Norton gives a good performance, Angela Bassett isn’t given much to do, and the “Really?” moments start to pile up by the end. 6.5/10 stars.