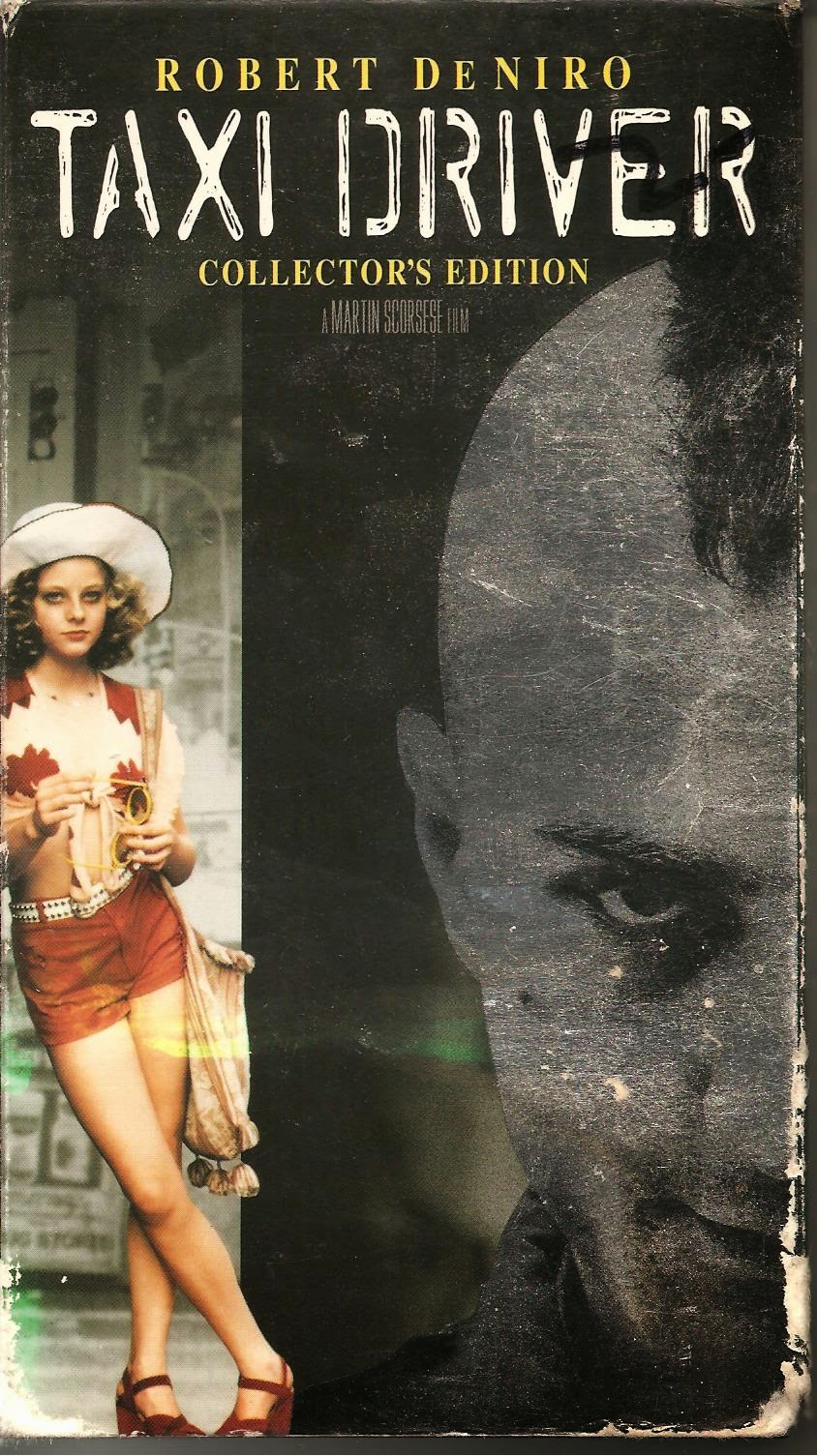 Blurb From the VHS Jacket: “Robert De Niro stars with Jodie Foster, Cybill Shepherd, Harvey Keitel, Peter Boyle, and Albert Brooks in the all-too-real story of a psychotic New York cabby who is driven to violence in an attempt to rescue a teenage prostitute.”

You Might Like This Movie If: You know that only De Niro could play Travis Bickle...not Gregory Peck, and certainly not Woody Allen.
Really?: Hold on – Travis blows away three people (one in the street), and he doesn’t face criminal charges? Ok, I realize crime was out of control in late-1970s New York City, and that Sport/Matthew (Harvey Keitel) and his buddies were scumbags who were sexually exploiting a 12-year old girl, but wouldn’t one of the cops ask Travis some tough questions?

Rating: Taxi Driver is a powerful, visually stunning, and completely unforgettable movie. De Niro gives a masterful performance, and somehow manages to make Travis Bickle a likeable and sympathetic character even though it’s obvious he’s out of gourd. While the film tends to drag in places (which is why I’m giving it 9, rather than 10 stars), it also boasts an impressive cast, a haunting musical score that strangely alternates between sweetly sentimental and menacing, and it succeeds in capturing the vibe of New York City in the mid-1970s. Highly recommended. 9/10 stars.