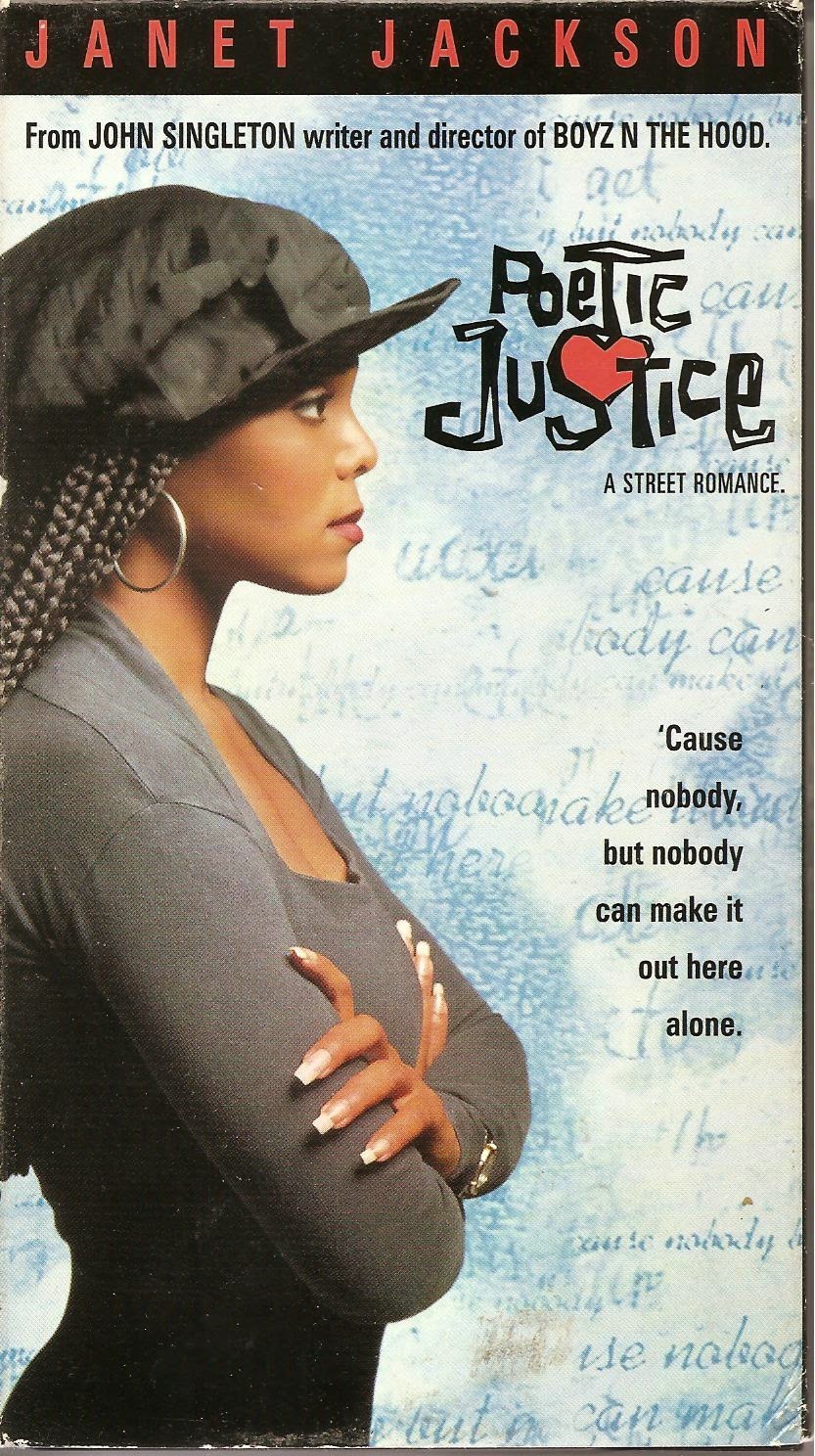 Synopsis: Poetry-spouting hairdresser embarks on long road trip with a dude she detests because….um… it sounds a little contrived, doesn’t it?

Blurb From the VHS Jacket: “A mismatched pair pushed together on a road trip from South Central LA to Oakland, Justice (Janet Jackson) and Lucky (Tupac Shakur) have only one thing in common: they can’t stand each other. But as their friends Iesha and Chicago (Regina King and Joe Torry) fight – and make up – in the back of the van, Justice and Lucky find themselves reluctantly drawn together.”

What Did I Learn?: Apparently, it’s possible to crash a family reunion and eat free burgers all afternoon if you’re friendly, and rather vague about how you’re related to your interlocutor.

You Might Like This Movie If: You're a sucker for poetry.
Really?: 1) See “What Did I Learn?”. 2) So, Lucky just leaves Chicago in the middle of nowhere, somewhere outside of Oakland, and there aren’t any consequences? 3) So wait, Iesha has a drinking problem, Justice tells her she needs to stop drinking, and she agrees without any arguments? Gee, that was easy!

Rating: Directed by John Singleton, and released a couple of years after his masterpiece, Boyz 'N The Hood, Poetic Justice didn’t really get the recognition it deserved. While Boyz is a better movie, Poetic Justice has its own charms both as a love story, and as a 1970s-style character-driven road film. Check it out if you get the chance, and watch for rapper Ton Loc in a small, but memorable part. 8/10 stars. 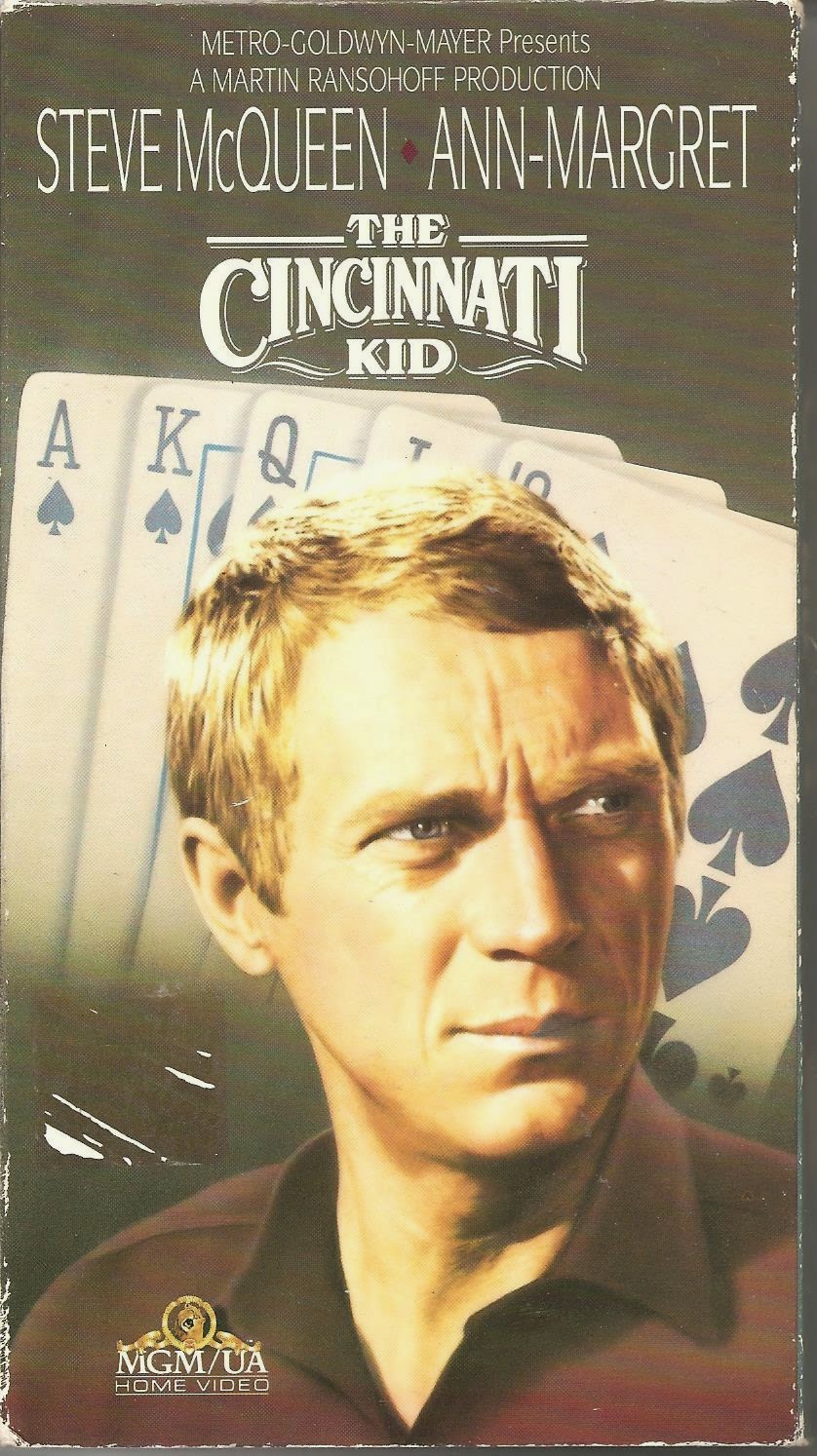 Blurb From the VHS Jacket: “You’re invited to sit in…’cause this going to be the greatest game of the century! Everything’s wild and winner takes all in The Cincinnati Kid, the sure-fire classic about the coolest card shark of them all.”

What Did I Learn?: If the local crime boss offers you a foolproof opportunity to cheat in a card game against a much better opponent, and by doing so you’ll help a friend and make a huge sum of extra money on the side, TAKE THE DEAL!

Really?: 1) Um… wasn’t McQueen just a little too old to play a character named The Kid? 2) So, when is this movie set, anyway? The cars and clothing styles would suggest the 1930s, yet it doesn’t exactly seem like a period piece.

Rating: The Cincinnati Kid is an interesting, and somewhat enjoyable drama that doesn’t quite stand the test of time. While it’s a pleasure to watch McQueen match wits with Edward G. Robinson (the movie also features Ann-Margret in a memorable sex-kitten role, as well as jazz great Cab Calloway, Karl Malden, and Rip Torn decades before he starred as Artie on The Larry Sanders Show), The Cincinnati Kid is a bit too long, it often seems like a carbon copy of The Hustler, and it tends to drag whenever the Kid isn’t playing cards. 6.5/10 stars. 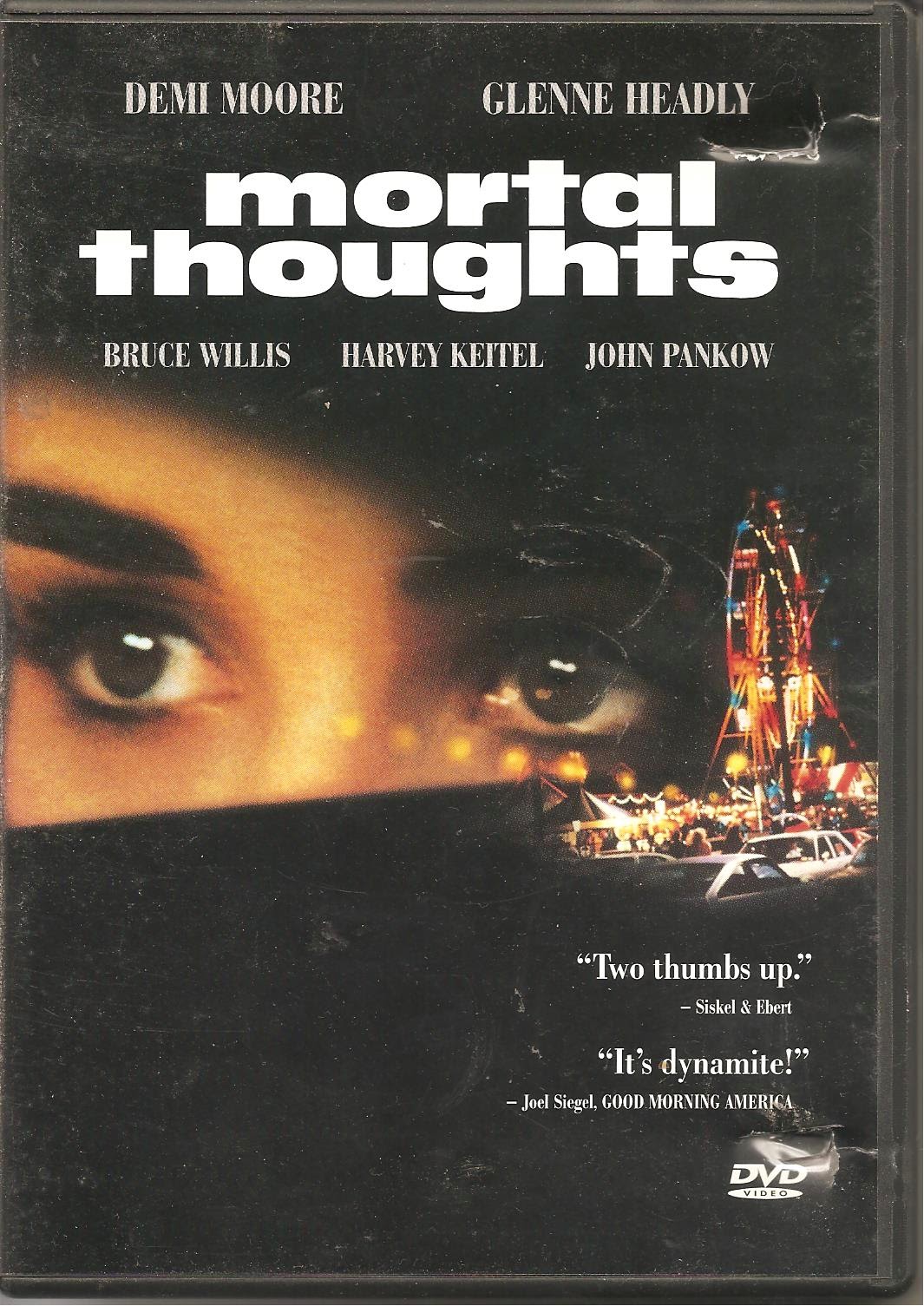 Synopsis: Remember that episode of The Sopranos when Janice whacked Richie Aprile after he smacked her around? Well, just imagine what would have happened had she phoned Carmela, rather than Tony for help in disposing of the evidence.


What Did I Learn?: Rat poison looks a lot like sugar.


Really?: Ok, I realize that James’ death wasn’t planned, and Cynthia and Joyce are panicked, and have to make up a plan on the fly, but come on....couldn’t they have done a better job of getting rid of his corpse than simply dumping it in a secluded ditch? How about burying it, or weighing it down and throwing it into the ocean? Without a body, the cops only have a missing person case.


Rating: Mortal Thoughts is an outstanding true-crime drama. I’ve never been a big fan of Demi Moore’s acting, but she more than carries the film with a highly convincing performance as a long-suffering New Jersey hairdresser who gets caught up in a murder plot that spirals out of control; her scenes with Keitel are electrically-charged, and quite memorable. Oh, and kudos to Bruce Willis for a great job in playing a real asshole. Highly recommended. 9/10 stars.

Posted by Eli Schuster at 7:56 PM No comments: 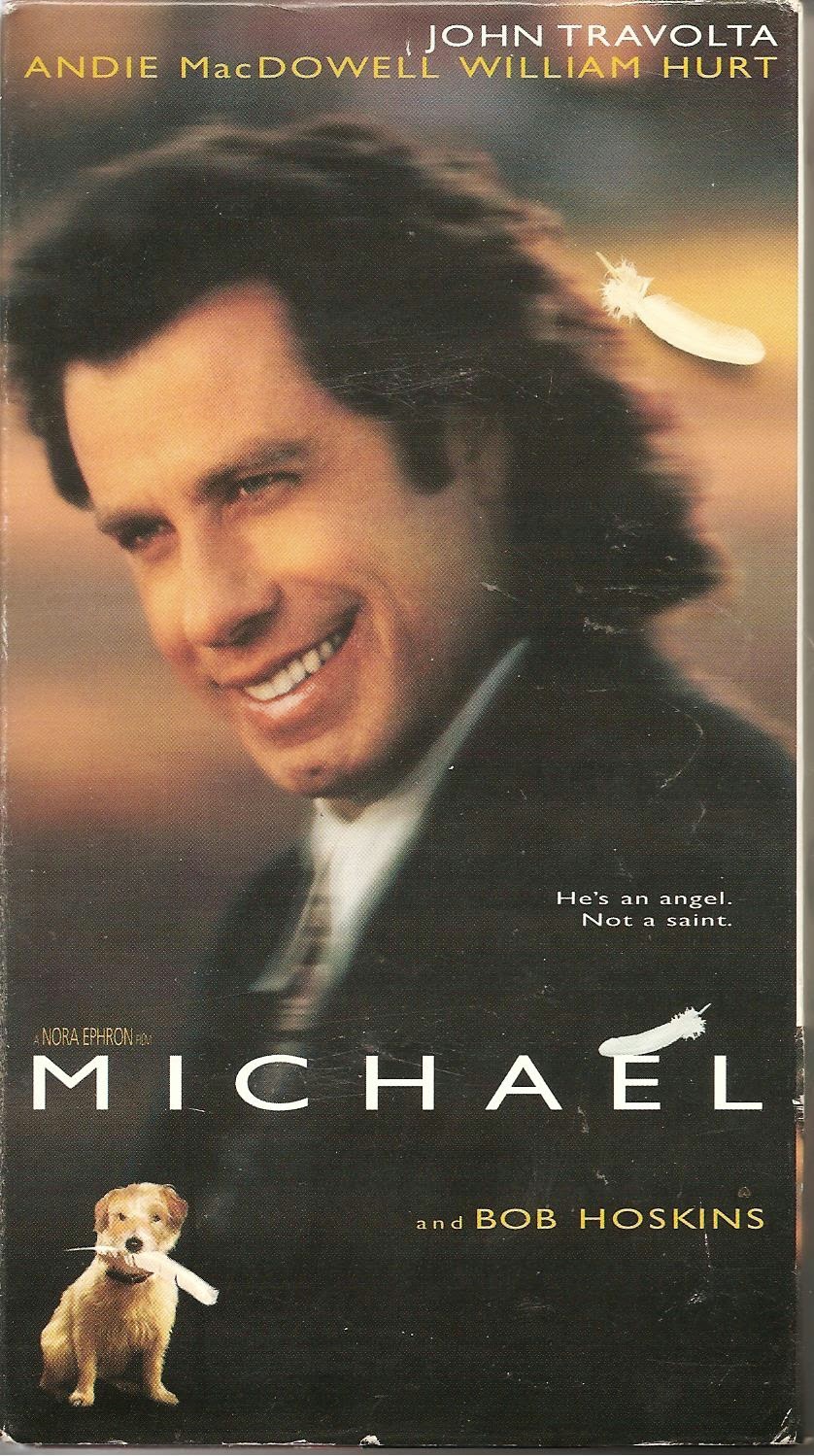 Blurb From the VHS Jacket: “Would-be ghosts. UFO voyagers. A chicken that pecks out Moonlight Sonata on the piano – blindfolded! They’re the kind of stories that keep the National Mirror in the nation’s shopping carts.”

What Did I Learn?: Angels aren’t the cleanest of supernatural beings.

You Might Like This Movie If: Just like Michael, you know you can never have too much sugar.
Really?: 1) So… thousands of years earlier, Michael fought Satan, and nobody thinks to ask him about that anecdote? 2) Funny how those wings aren’t very noticeable underneath a trenchcoat.

Rating: Michael is an enjoyable, and surprisingly heart-warming little road movie with a lot of nice moments and a fine cast (including the late Bob Hoskins as a sleazy tabloid mogul). That said, the jokes are somewhat hit-and-miss, and the third act is a bit weak. 7.5/10 stars.