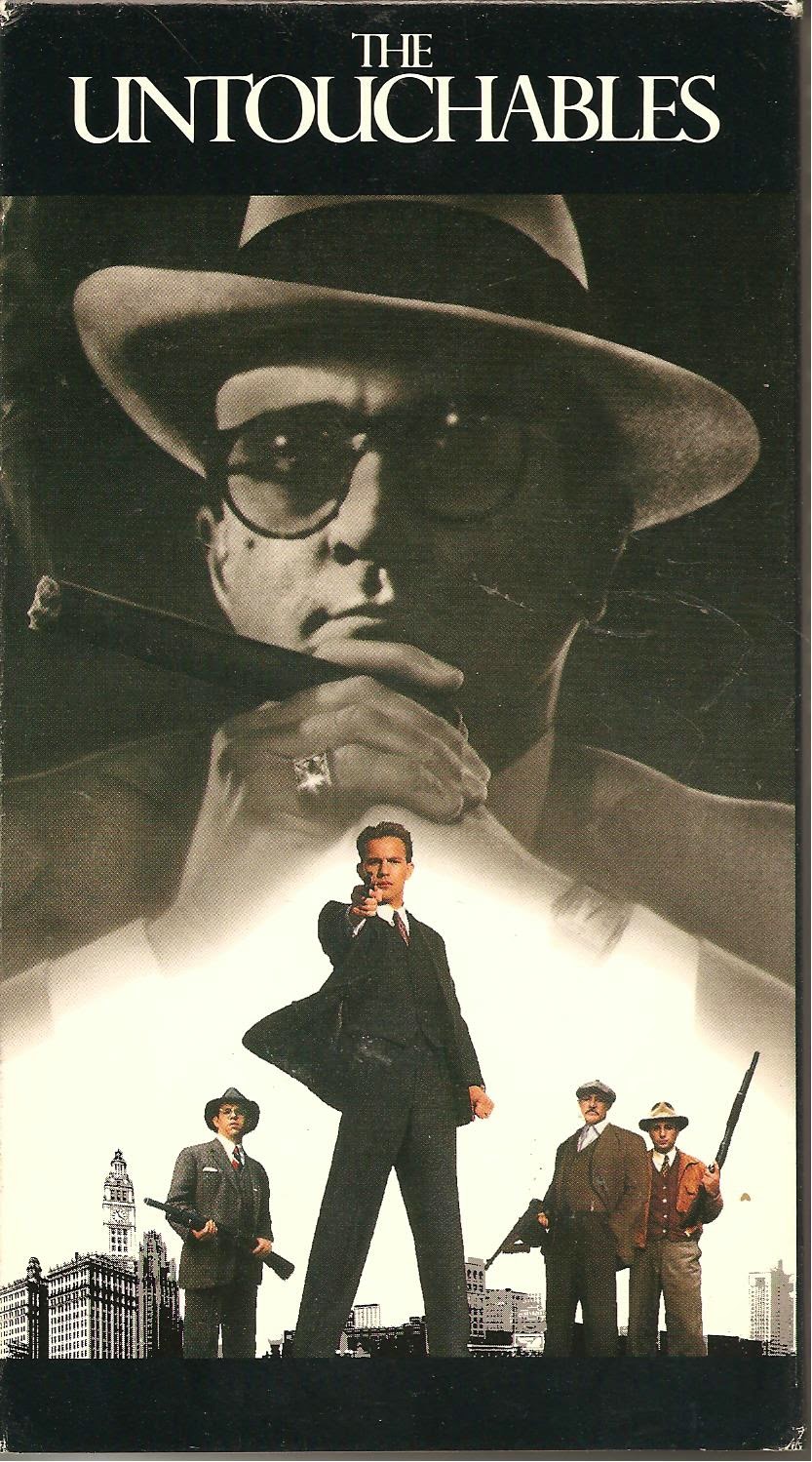 Blurb From the VHS Jacket: “The critics and public agree. Brian De Palma’s The Untouchables is a must-see masterpiece – a glorious fierce, larger-than-life depiction of the mob warlord who ruled Prohibition-era Chicago… and the law enforcer who vowed to bring him down.”

What Did I Learn?: If you’re ever at a business banquet, and your boss pulls out a baseball bat in order to make a point about teamwork, start running.

You Might Like This Movie If: you always wanted to see a certain commercial turned into a full-length feature film.
Really?: 1) You know, I’m pretty sure Canada didn’t have a national Prohibition in 1930, so why would the Mounties assist Ness in that scene on the border? 2) Hold on – Capone’s lawyer decides on his own – and completely against his client’s wishes to change the official plea to “guilty” 3) You know – killing a cop is a great way to earn the eternal enmity of the local constabulary. Imagine my surprise when I learned the real-life Capone never did that.

Rating: The Untouchables certainly isn’t a bad movie, but I’ve always felt that it’s highly over-rated. The film has great production values and lots of authentic props and scenery, but no outstanding performances (both Kevin Costner’s Ness and Sean Connery’s Malone are a tad smug for my taste) and a weak script. Moreover, The Untouchables is a bit too long, De Niro’s brief scenes as Al Capone seem tacked-on and don’t really add anything, and it’s difficult to sympathize with the heroes’ overall mission (see: “Synopsis”). 6.5/10 stars.