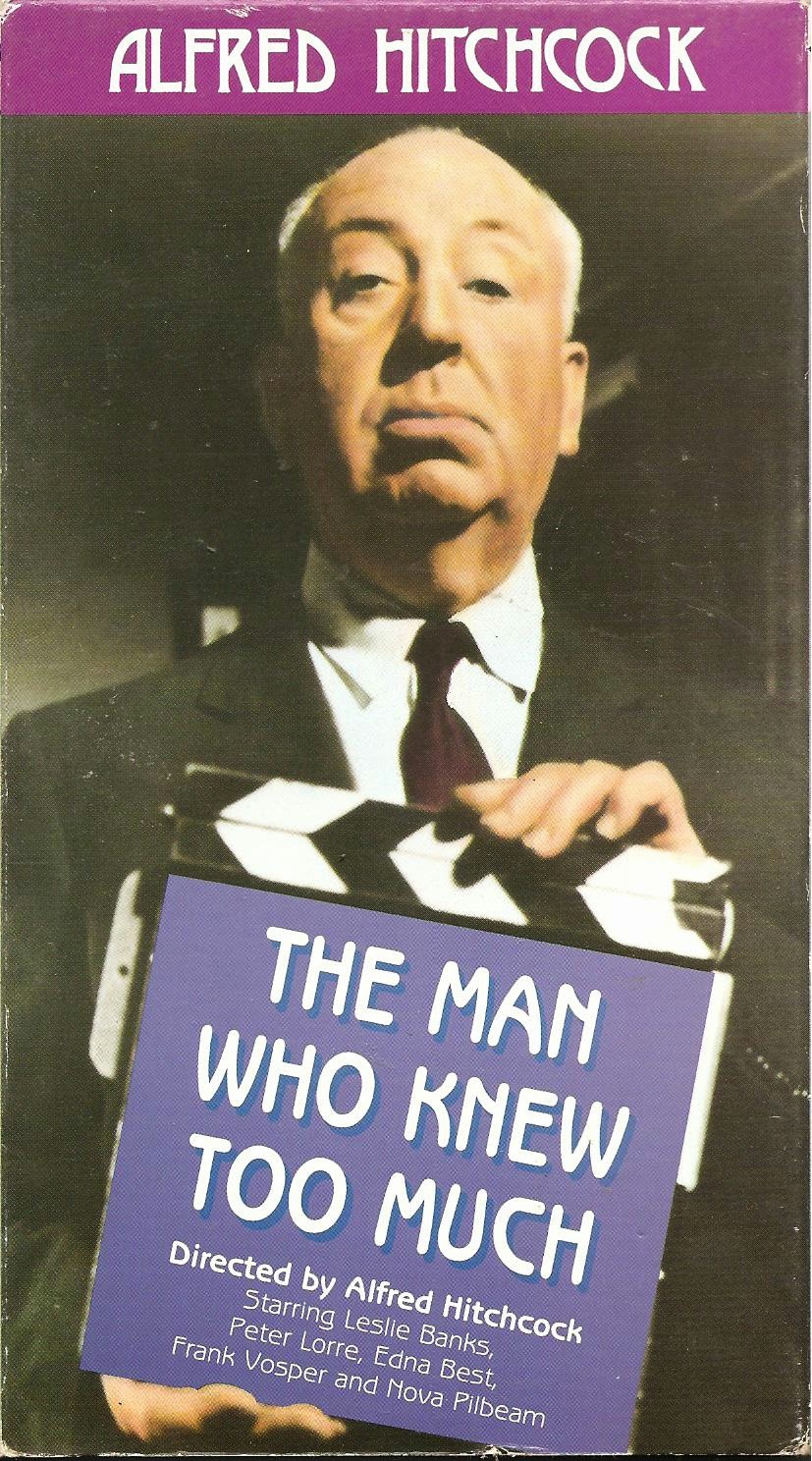 The Man Who Knew Too Much is officially the oldest film I’ve ever reviewed. It predates Stagecoach by five years.

Synopsis: Evil band of sun-worshippers kidnap a little girl, and attempt to murder a diplomat because, um… you know, this is never really explained.

Blurb From the VHS Jacket: “A child is kidnapped by spies to ensure her father’s silence after he is informed of a plot to assassinate a diplomat by a dying agent. The climactic scene at the concert in Albert Hall where the assassination is to take place is one of Hitchcock’s classics.”

What Did I Learn?: It’s not a particularly smart idea to kidnap the daughter of the world’s best female target-shooter. [Oh wait – was that a spoiler?]


Really?: 1) See: “Synopsis”. So, was the sun church just a front, or what? Why do these foreign creep-o’s want to kill what’s-his-name? 2) Wow…Lawrence (Leslie Banks) isn’t very heroic for a leading man, is he? After throwing chairs at the bad guys, they capture him, and he’s basically out of the action except for an escape-gone-wrong.

Rating: The Man Who Knew Too Much (the original, not the remake starring Jimmy Stewart and Doris Day) is one of Alfred Hitchcock’s earlier films, and it’s still enjoyable for Peter Lorre’s sinister performance, and as a time capsule of Britain in the mid-1930s. The story starts out well when the Lawrences are in Switzerland, but things start to get a little silly when our hero and his pal decide to play detective in the streets of London. Oh, and the ending is a tad anti-climactic when it becomes obvious the villains have no hope of escape. 6/10 stars.