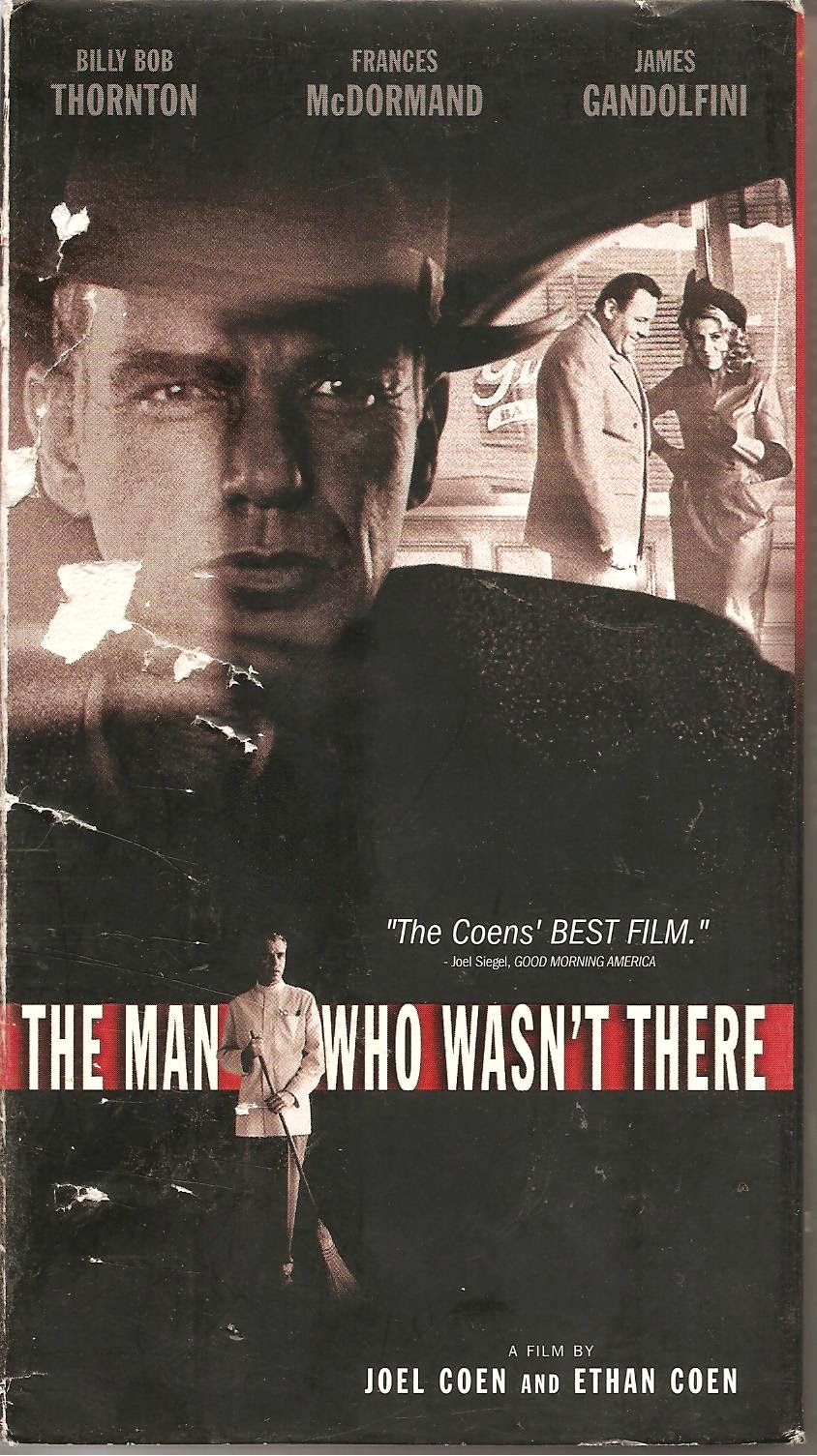 Please click the links to read my reviews of The Man Who Loved Women, and The Man Who Would Be King.
Synopsis: Bored barber (Billy Bob) blackmails/blades bride’s boss, bolts building, badly bungles blow-by-blow bulletin.

Blurb From the VHS Jacket: “The Coen Brothers are back with a dark and twisted film noir unlike anything you’ve ever seen. Set in a small 1949 California town, this is the story of a seemingly simple barber, who turns to blackmail and revenge to escape his achingly dull life. But in the tradition of film noir, nothing goes as planned and nothing is as it seems.”

What Did I Learn?: 1) Sooner or later everyone needs a haircut. 2) Time slows down right before an accident

You Might Like This Movie If: You're a sucker for off-beat film noir.
Really?: 1) Hold on – I’m pretty sure dry-cleaning was not a new phenomenon in 1949. 2) So, um…what was the point of Ed encountering the UFO in prison, or his visit to the phony medium?  3) Wow….how many times do we have to hear Beethoven’s Moonlight Sonata? What is this movie, Immortal Beloved?

Rating: The Man Who Wasn’t There is pretty good, but it isn’t one of the Coen Brothers’ better films. Billy Bob Thornton nails the part of the chain-smoking Ed Crane, and TMWWT looks and feels like a 1940s/50s film noir. Clocking in at nearly two hours, however, the movie is a bit too long for my taste, and it’s obvious the Coens decided to have a bit of fun by throwing in far too many characters and sub-plots (see: “Really?”) 7/10 stars.