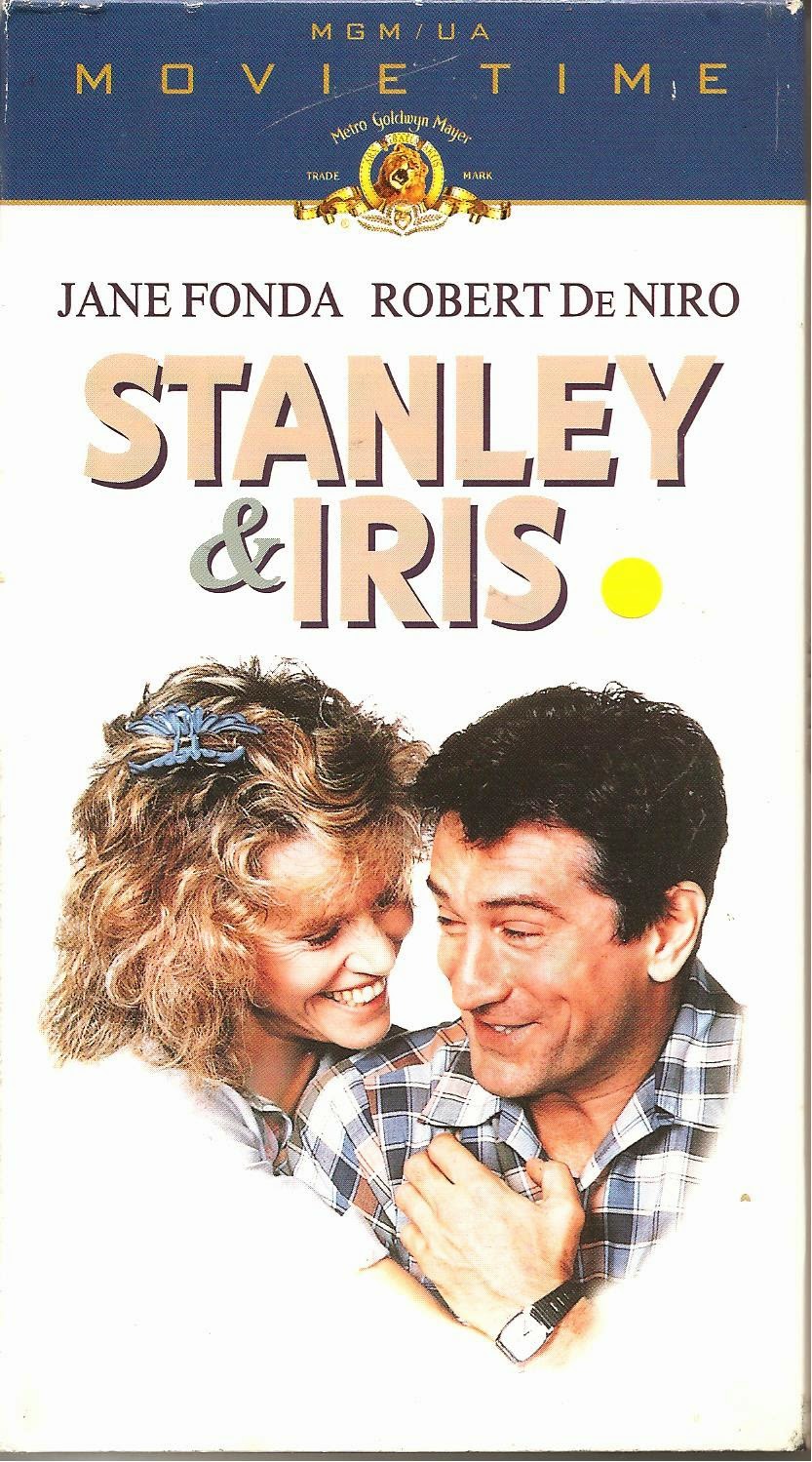 Synopsis: She taught him how to read; he taught her how to love. Yup, it’s a TV Movie-of-the-Week produced with big-name stars.

Blurb From the VHS Jacket: “Stanley Cox (Robert De Niro) is a shy, hard-working man who can neither read nor write. His co-worker, Iris King (Jae Fonda), is a struggling single mom whose sudden loss of her husband has left her alone, frightened, and emotionally paralyzed.”

What Did I Learn?: Back in 1990, there were still job opportunities in manufacturing for Americans without a high school diploma.

You Might Like This Movie If: you're glad you Can Read this blog.
Really?: 1) Hold on, Iris’ sister Sharon, and her physically-abusive husband live in Iris’ home, and they never get to meet Stanley. Come to think of it, that entire sub-plot is dropped mid-way through the movie, and the other sub-plot about Iris' daughter getting pregnant only gets partially-developed. 2) Stanley tells Iris the reason he can’t read or write is that his father was a travelling salesman, and he had to keep changing schools. Ok, but wouldn’t his Dad take an interest in Stanley’s education? Wouldn’t it become glaringly obvious at some point during their relationship that Stanley is illiterate? 3) I’m not sure I believe Stanley could create sophisticate Rube-Goldberg-style machines without some formal training in electricity, physics, drafting, etc… 4) I realize Stanley is overjoyed by his newly-acquired ability to read, but shouting out the text of various books in the public library isn't cool.

Rating: Stanley and Iris is a nice little film that fails to transcends its After-School Special script, and never really goes anywhere. The leads do their best with the material (although Fonda looks far too fit and trim to play a middle-aged factory worker), but it’s all pretty forgettable and dull. 6/10 stars.