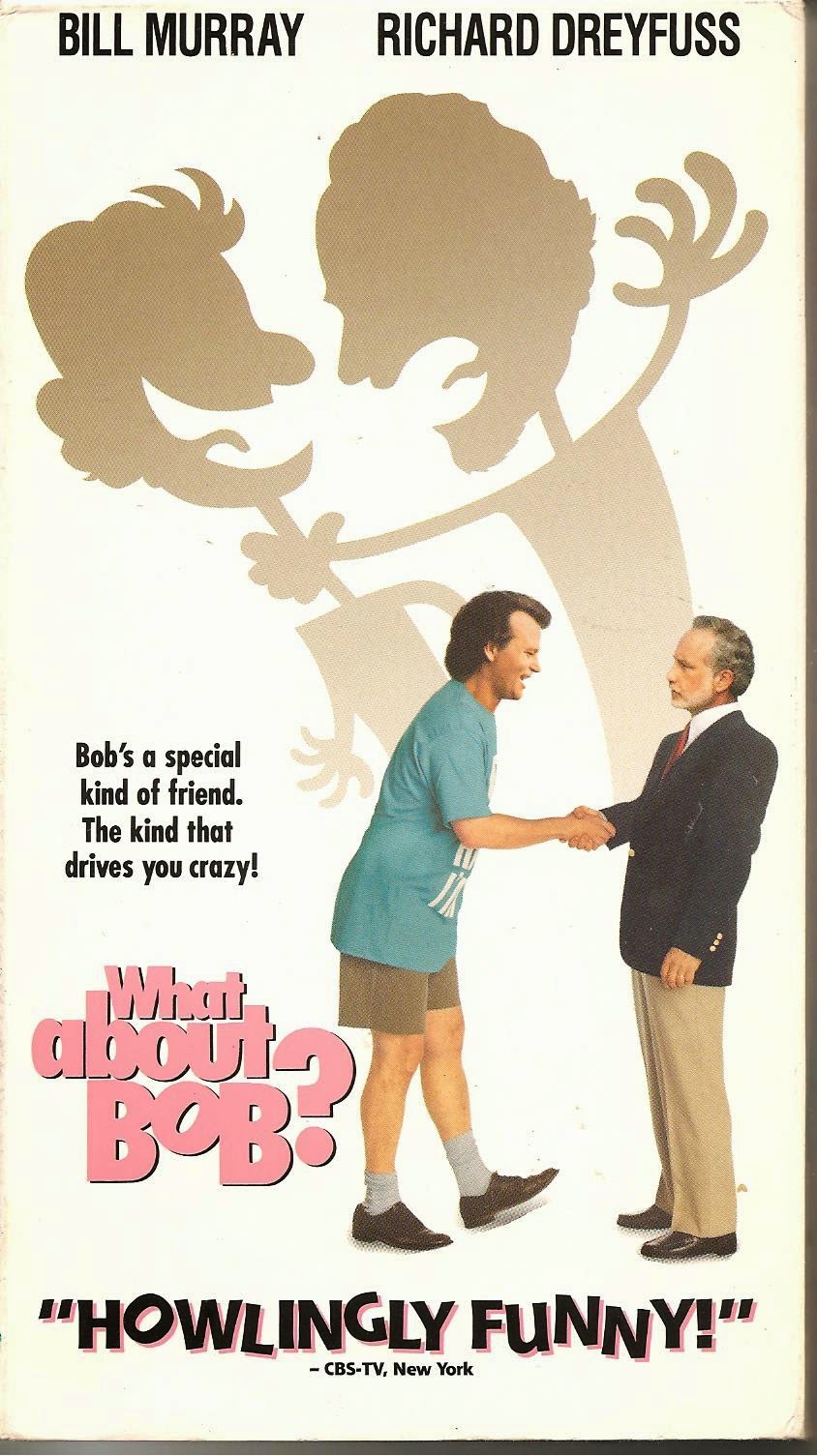 Synopsis: Odd-but-loveable mental patient charms family of by-the-book psychiatrist at their summer home, and… hey, wait a minute – this is basically K-Pax with slapstick!

Blurb From the VHS Jacket: “Comic wizard Bill Murray (Ghostbusters, Caddyshack) teams up with Academy Award winner Richard Dreyfuss (Down and Out in Beverly Hills, Always) in an outrageously wild comedy that’s sure to drive you off the deep end!”

What Did I Learn?: There are two types of people in this world – those who like Neil Diamond and those who don’t.

You Might Like This Movie If: You want to step back in time and focus your attention on a goofy guy named Bob.


Really?: One thing that’s always bothered me about this movie is Murray’s portrayal of Bob. He shifts back-and-forth rather uneasily between neurotic basket case and surprisingly wise-and-knowing father-figure for Anna and Siggy. I realize the entire premise of the film is that Bob is lonely, not crazy (while Leo is a controlling narcissist who finally goes off the deep end), but it seems as though screenwriter Tom Schulman didn’t know how to portray Bob’s progress.

Rating: While I didn’t particularly like What About Bob? when it was first released in 1991 (back then, I identified more with Dreyfuss’ Dr. Marvin character than with Bob), this film has grown on me over the years. Sure, the script could have used a polishing job (see: “Really?”), but Murray and Dreyfuss share some very funny moments together, even though they apparently didn’t get along between takes. 7/10 stars.