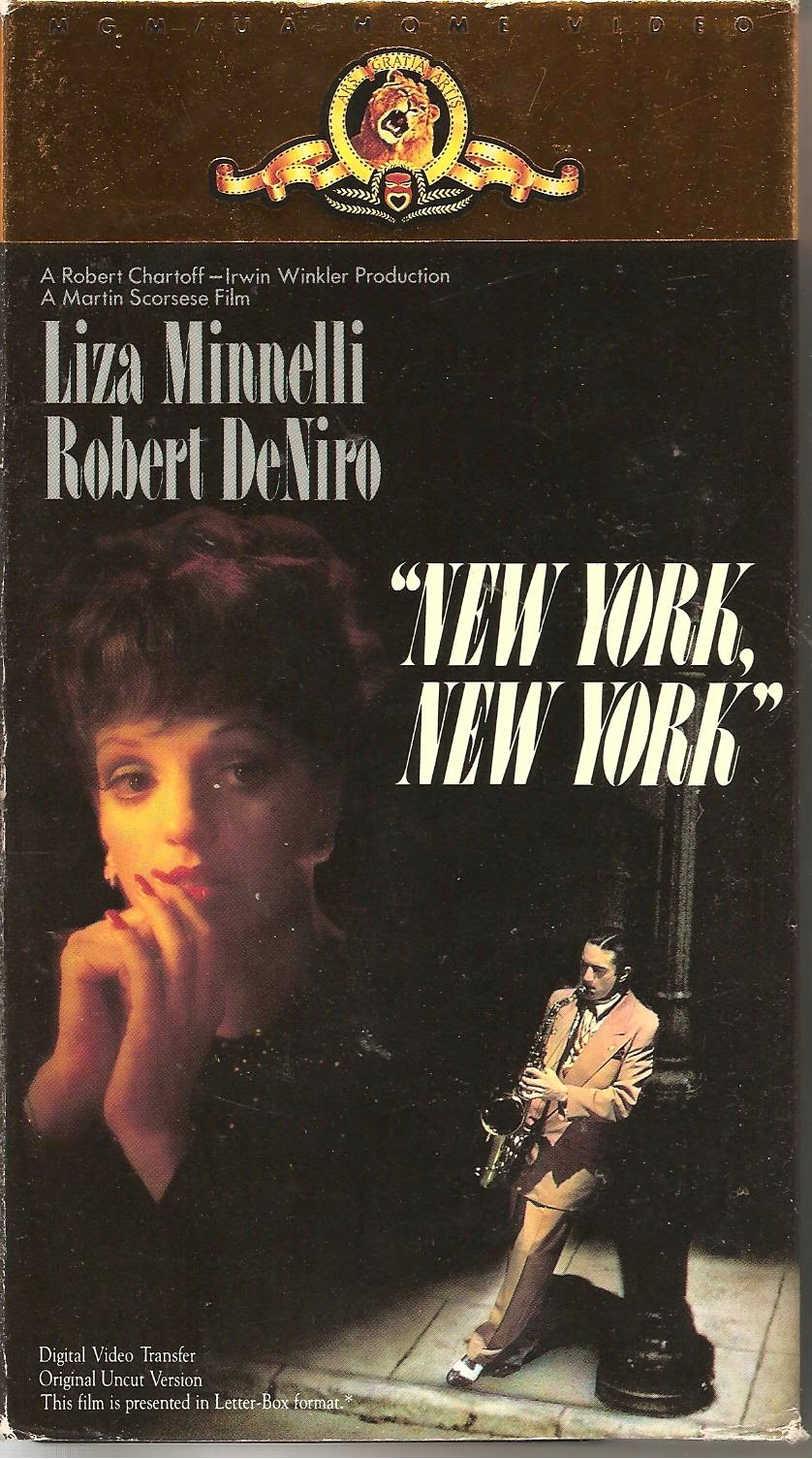 Blurb From the VHS Jacket: “Academy Award winners Liza Minnelli and Robert De Niro team up as Francine Evans and Jimmy Doyle in this splashy, flashy musical spectacle celebrating the glorious days of The Big Band Era in The Big Apple. Fall in love with them and the romantic nostalgia of post-war Manhattan, a time and place of wonder and promise.”

What Did I Learn?: If you’re getting hassled about an expensive – and far overdue – hotel bill, you can always buy some time with the front desk clerk by faking a war-related injury. 2) Ladies, if your boyfriend drags you out of the apartment on a freezing winter night, bangs on a Judge’s door and demands he performs a marriage ceremony on the spot without informing you about it first, dump him – he’s trouble.

You Might Like This Movie If: you think naming a song "New York, New York" is an innovative, creative idea that...oh wait.
Really?: 1) See: “What Did I Learn?”, 2) You know, the average guy in a nightclub move on to other chicks when a woman gives him a rude brush-off. I had a bit of trouble believing Jimmy would invest that much time and effort in Francine when it’s VJ Day, and the place is crawling with attractive women.

Rating: I wanted to like New York New York more than I did. The film has a lot of great musical numbers (including the title track made famous by Frank Sinatra), but at 155 minutes, it’s far too long, the story never really goes anywhere (she’s a flaky singer, he’s an asshole saxophone player…they love each other, but hate each other too, blah blah blah….), and De Niro’s Doyle becomes really unlikeable in the Second Act. I’m giving it a passing grade, but barely. 5.5/10 stars.