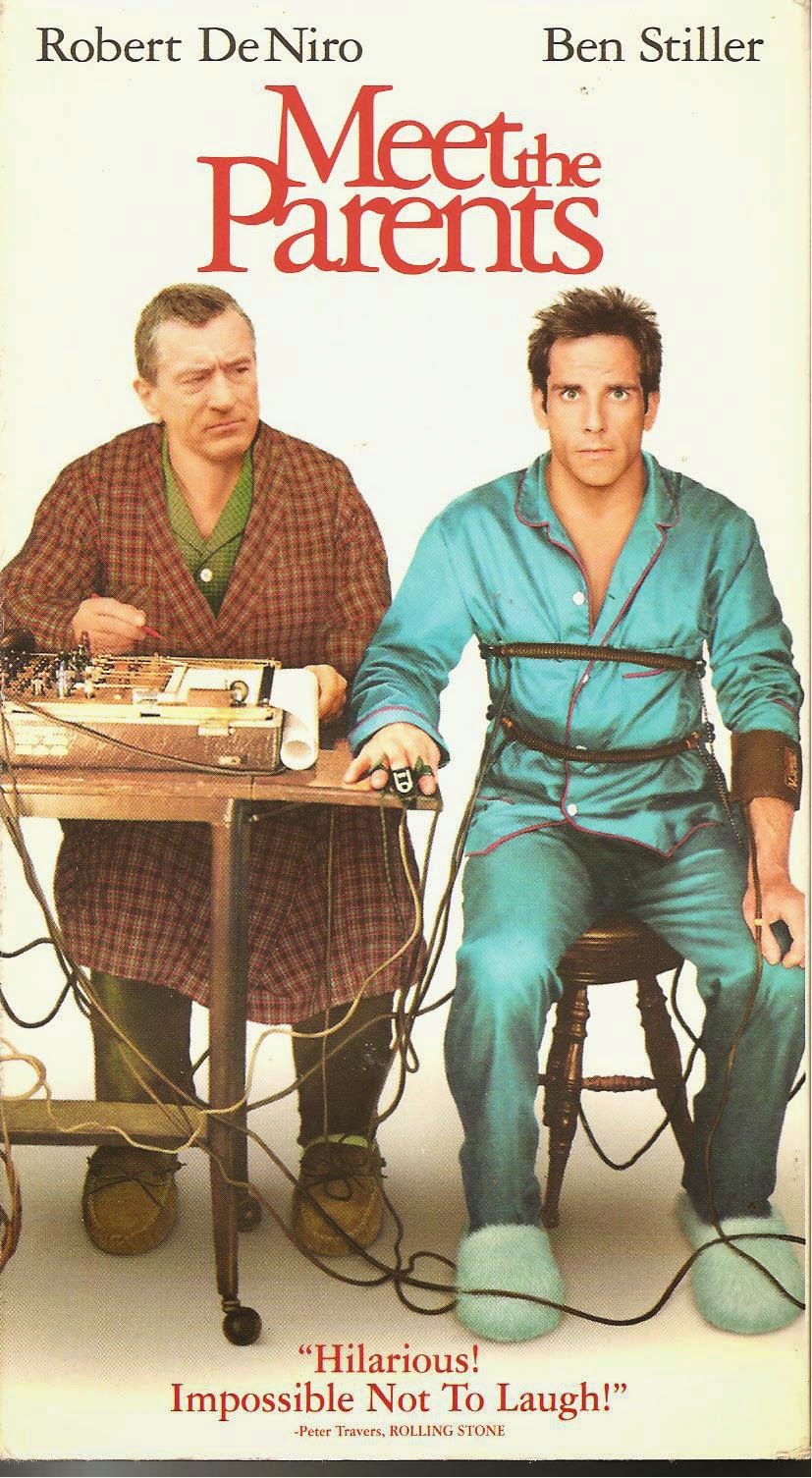 Synopsis: It’s basically an-hour-and-48-minutes of Ben Stiller getting physically and emotionally abused as he lurches from one awkward scene to another.

Blurb From the VHS Jacket: “Male nurse Greg Focker (Ben Stiller) is poised to propose to his girlfriend (Teri Polo) during a weekend stay at her parents’ home. But here’s the catch… he needs to ask her father first. Alas, the fur flies as Jack Byrnes, Pam’s cat-crazy, ex-CIA father, played hysterically by Academy Award winner Robert De Niro, takes an immediate dislike to her less-than-truthful beau.”

What Did I Learn?: It’s a really bad idea to say the word “bomb” on an airplane.

You Might Like This Movie If: You know that adorable Himalayan cats are nothing but trouble.
Really?: Hold on – Pam and Greg have lived together for how long (a year? Maybe longer), and her parents have never once visited her, or called the apartment and spoken to Greg? That’s a little difficult to believe… or that Pam and Greg wouldn’t stay at a hotel once it’s made clear they can’t sleep together in the Byrnes house.

Rating: The “Synopsis” says it all. Meet the Parents has a few amusing moments (I quite enjoyed the scene near the end when Stiller finally loses it and gets hauled off by airport security), but I have to admit that I didn’t find it to be all that funny. 5.5/10 stars.