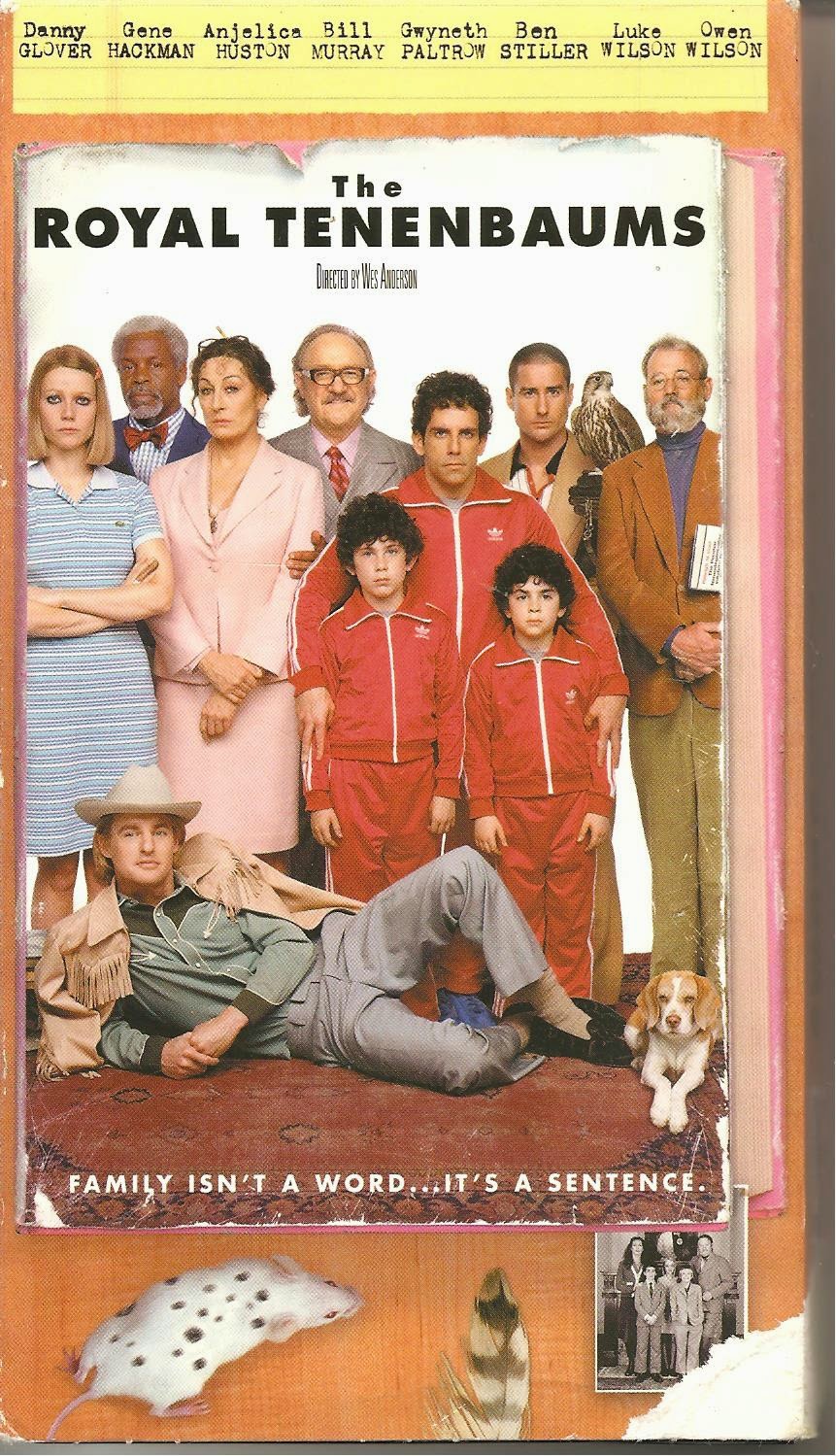 Blurb From the VHS Jacket: “Royal Tenenbaum (Gene Hackman) and his wife Etheline (Anjelica Huston) had three children – Chas, Margot and Richie – and then they separated.”

What Did I Learn?: If you’re going to fake stomach cancer, it’s a bad idea to eat three cheeseburgers-plus-french-fries a day.

You Might Like This Movie If: You get a kick out of watching dysfunctional prodigies.
Really?: The Royal Tenenbaums is a highly imaginative, and very off-kilter black comedy, so it might not be entirely fair to judge it on its overall credibility (Dalmation-spotted mice, for instance). I do have to ask, however: how long did Royal honestly think he could pretend to be dying, and how was he going to end that con?

Rating: Wes Anderson isn't my favourite filmmaker, but The Royal Tenenbaums is an intelligent, often-funny, and visually stunning film with a rather impressive cast. My only complaint would be that while Anderson has created an entire family (and hangers-on) of strange and fascinating characters, none of them - with the sole exception of Luke Wilson as Richie, the burnt-out tennis star - are particularly likeable or sympathetic. Still, highly recommended. 9/10 stars.