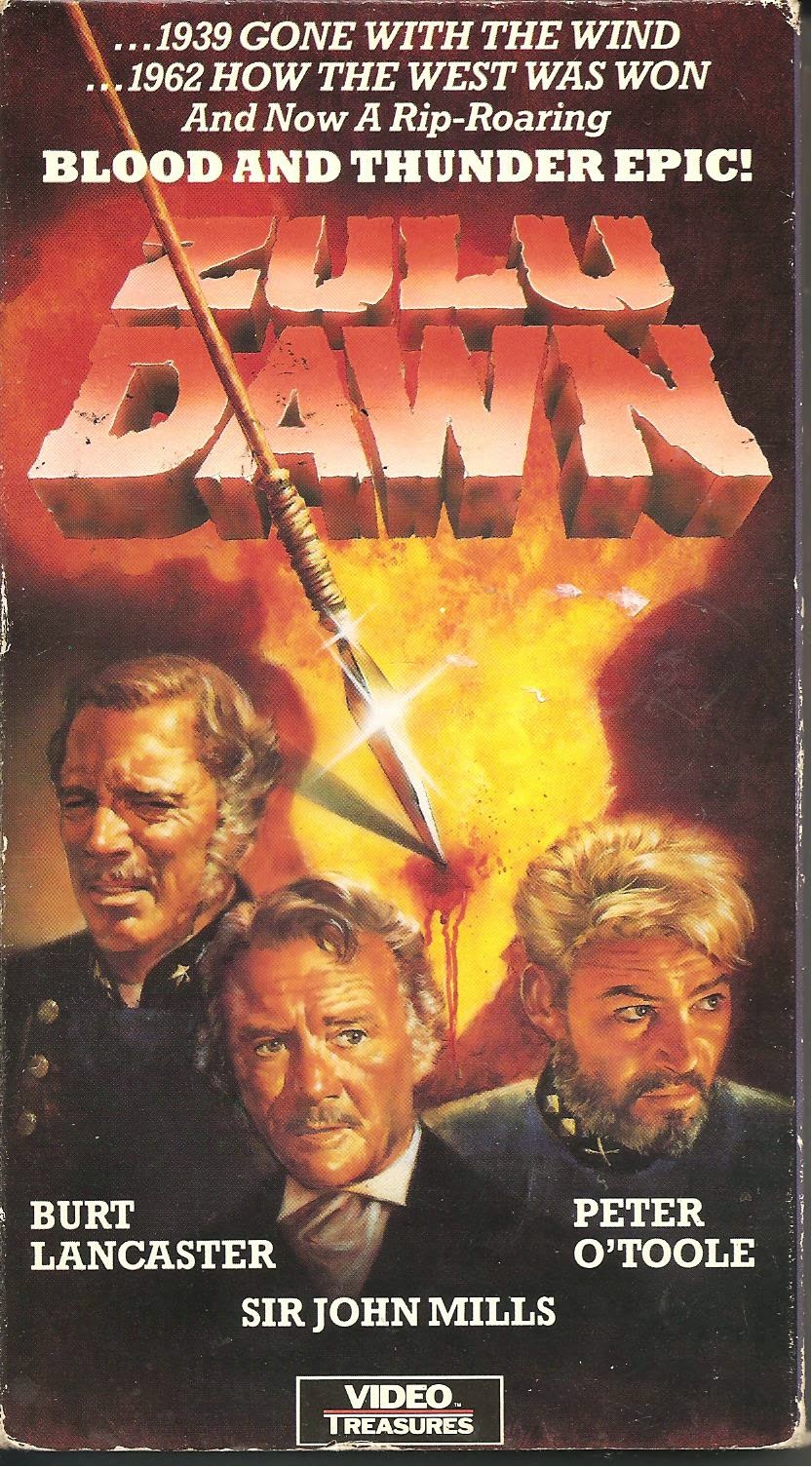 Synopsis: The British Army has one of those really shitty days (Yorktown, Cartegena de las Indias, Singapore, etc…) it doesn’t like to talk about.

Blurb From the VHS Jacket: “… 1939 GONE WITH THE WIND … 1962 HOW THE WEST WAS WON And now a Rip-Roaring BLOOD AND THUNDER EPIC!” [Seriously? Leaving aside the all-caps text, is it really a good idea to compare this film to two of the greatest movies ever made?]

What Did I Learn?: 1) “Difficulty never deterred a Zulu commander.” 2) “A good commander never willingly splits his force, especially in an enemy's country, before knowing their dispositions.” 3) There is no British Army medal for modesty.

You Might Like This Movie If: You want to see Peter O'Toole make some bad decisions.
Really?: So wait – did the local colonial Governor, Sir Henry Bartle Frere really say: “Let us hope, General, that this will be the final solution to the Zulu problem”? If he didn’t, that’s some extremely heavy-handed dialogue.

Rating: Zulu Dawn is essentially a prequel to Zulu, as it deals with the massive defeat of the British Army’s main column of 1500 men at the battle of Islandlhwana. While Zulu works because it has a tight storyline, Zulu Dawn is a sprawling film with a few too many characters (only Burt Lancaster’s Colonel Durnford and Simon Ward’s Lt Vereker are at all likeable). Still, Zulu Dawn’s production values are top-notch, and it boasts an impressive cast. 7/10 stars.