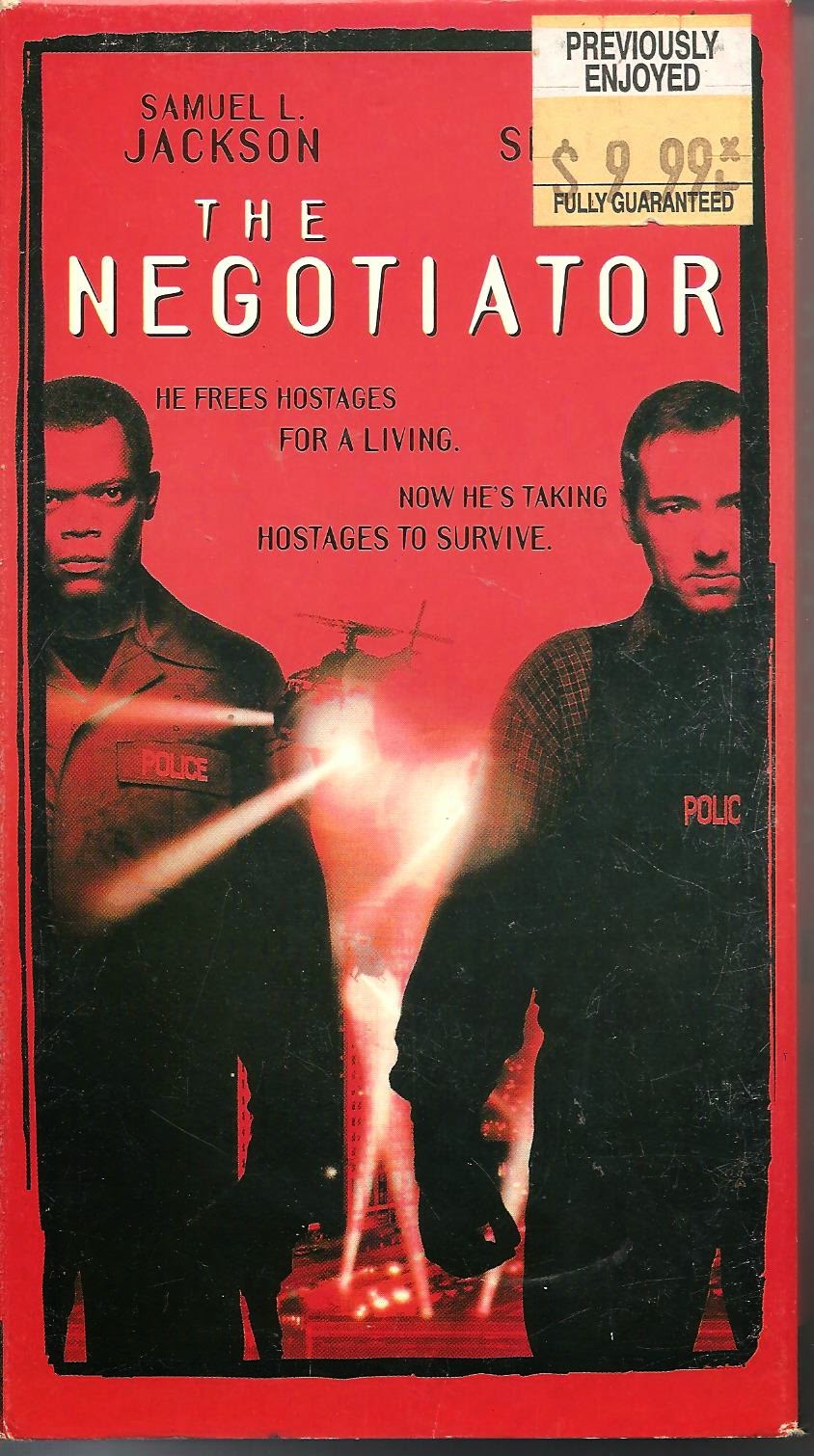 Synopsis: Framed cop desperately attempts to prove his innocence in a murder investigation by, um… beating up police officers and holding innocent bystanders at gunpoint? WTF?

Blurb From the VHS Jacket: “As two of the best Chicago negotiators, Danny Roman and Chris Sabian know all the tricks. Sabian will try to get into Roman’s head, manipulate his emotions, defuse the situation and rescue the hostages Roman holds at gunpoint. But Roman knows the strategy – he’s used it before.”

What Did I Learn?: 1) Pit bulls are the “dog of dogs.”  2) It’s a bad idea to say “no” during hostage negotiations. 3) “If I ask you a question about something visual, like your favorite color, your eyes go up and to the left. Neurophysiology tells us your eyes go in that direction, because you're accessing the visual cortex. So you're telling the truth. If your eyes go up and right, you're accessing the brain's creative centers and we know you're full of shit.”


Really?: 1) You know, I’m pretty sure that somebody would have wasted Danny (Samuel L. Jackson) during that whole “you want my blood? Take my blood!” scene when he stands completely exposed to police snipers. 2) I realize Danny is eventually cleared of the murder, and Disability Fund theft charges, but I have to wonder: is he going to face criminal charges for kidnapping, assault with a deadly weapon, etc…? Can he honestly take over a government office, shoot at police officers and walk away from the whole thing scot-free?

Rating: The Negotiator is a highly-contrived, yet enjoyable action-thriller. 7/10 stars.