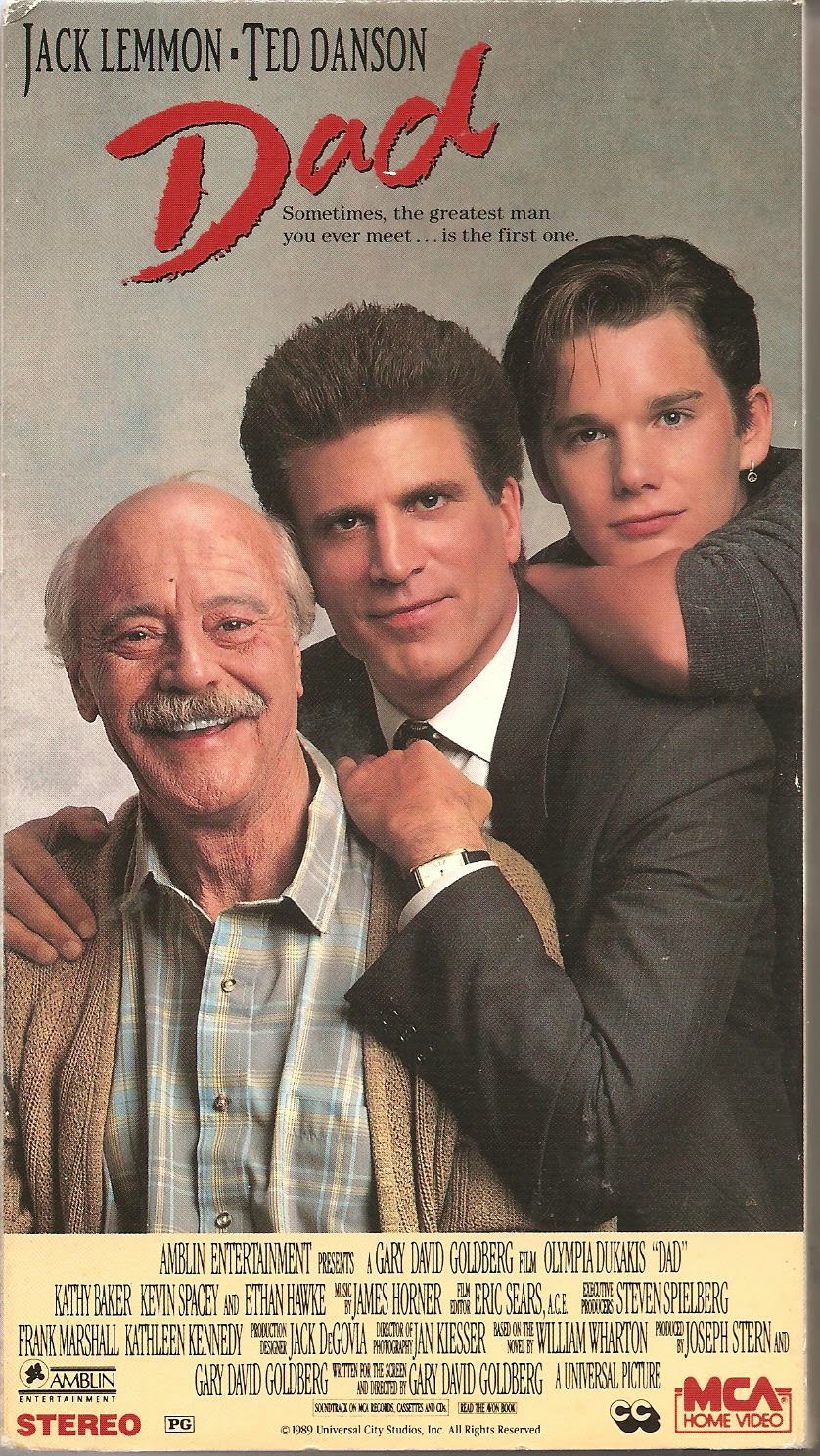 Synopsis: Worst episode of Cheers, ever.

Blurb From the VHS Jacket: “Superlative performances from Jack Lemmon and an all-star cast highlight this heartwarming, critically acclaimed drama from writer/director Gary David Goldberg and Amblin Entertainment. Work-obsessed stockbroker John Tremont (Ted Danson) flies home when his mother Bette (Olympia Dukakis) is unexpectedly hospitalized. Not having seen his father Jake (Lemmon) for over two years, John is shocked to discover how Jake has deteriorated under the overprotective eye of his mother.”

You Might Like This Movie If: You'll watch anything that involves a dutiful son taking care of his elderly pop.


Really?: 1) You know… I was really enjoying this film up until the point when John (Danson) picks up his father – who just underwent major cancer-related surgery  -  and carries him out of the hospital. Holy shit, what was Gary David Goldberg thinking when he wrote that scene? I’m not a doctor, but I’m pretty sure Jake would experience a massive internal hemorrhage, or at the very least a whole lot of horrible pain. 2) A spur-of-the-moment men’s fashion show? Oh, come on…  3) So, Jake has been a “successful schizophrenic” for the past 20-30 years? Is this an important sub-plot?

Rating: I have to give Dad a decidedly mixed review, as some of it works and some of it really doesn’t. I liked the interactions between Lemmon, Danson and Dukakis – they’re all fine actors (Kevin Spacey also has a small role), and they generate some genuinely moving moments. The biggest problem with Dad, however, is its writer/director, Gary David Goldberg – the man who gave us Family Ties. All too often, the dialogue sounds "written" (see: "What Did I Learn?"), and the film itself veers uneasily from serious melodrama to sit-com-style humour (see: “Really?”), so the audience is never entirely sure how to perceive it. Dad is an ok movie that could have been a lot better with a re-write or two. 6.5/10 stars.