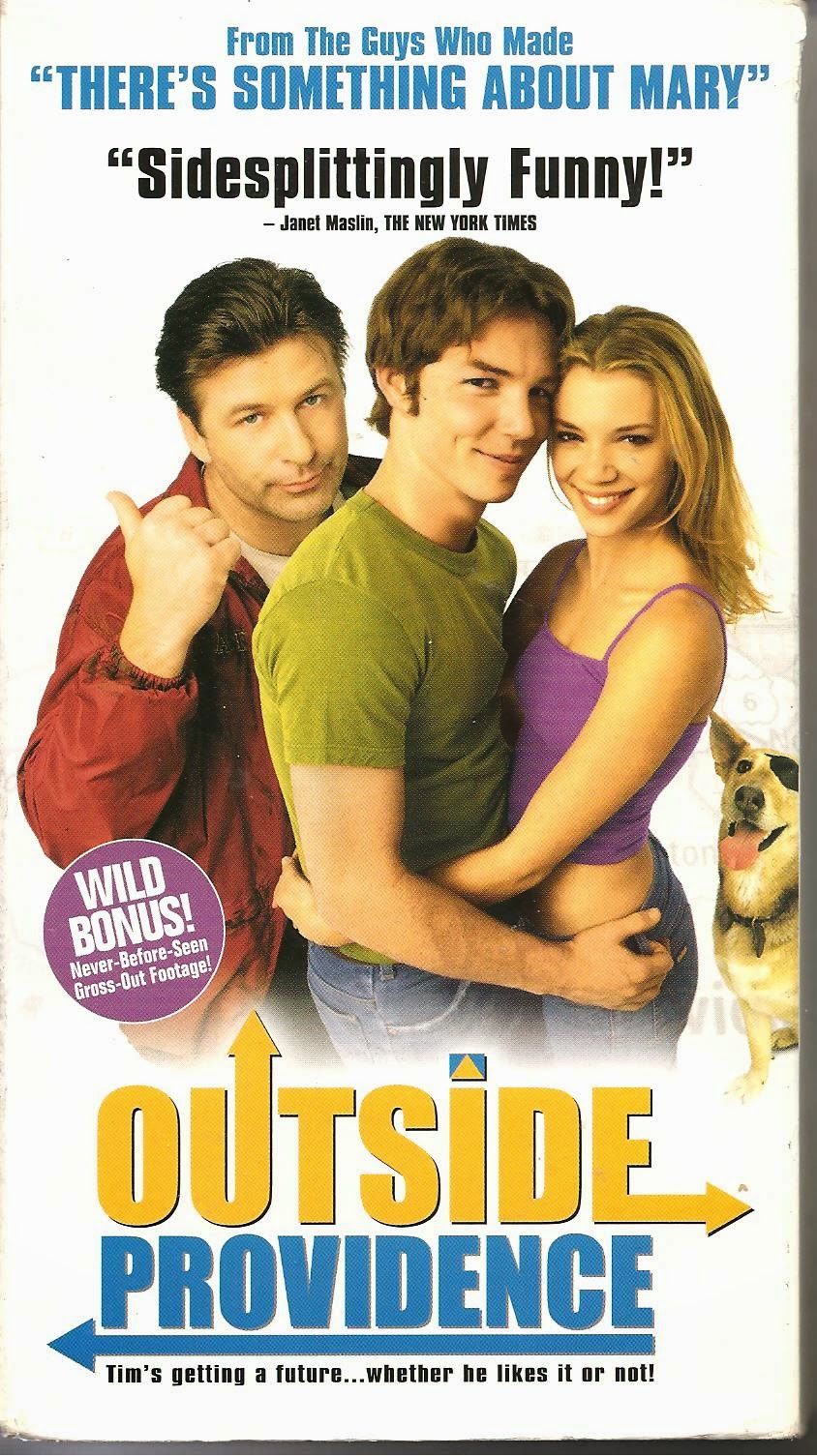 Synopsis: Rough-around-the-edges proletarian teenager learns discipline and responsibility when he attends a private school in Connecticut. Oh, and he falls in love with a cute chick…and his best friend dies… and he has unresolved issues with his Dad about his mother’s suicide…and his little brother is in a wheelchair… and the headmaster hates his guts…and George Wendt’s character turns out to be gay… and…holy crap, how many sub-plots does this movie have?!?

Blurb From the VHS Jacket: “FROM THE HIT-MAKING FARRELLY BROTHERS – the guys who brought you There’s Something About Mary – OUTSIDE PROVIDENCE stars Alec Baldwin (The Edge, Mercury Rising) in an outrageously funny story about a kid who’s grown up with nothing but a broken home, a three-legged dog and a full-blown attraction to trouble! Everything changes for Timothy Dunphy (Shawn Hatosi – Anywhere But Here, The Faculty), however, when he crashes into a parked police car… prompting his loudmouthed old man (Baldwin) to ship him from their blue-collar town to a snobbish prep school!”

What Did I Learn?: 1) “Making sex is like a Chinese dinner: It ain't over 'til you both get your cookies.” 2) There's only one Brown University.

Rating: I have to give Outside Providence something of a mixed review, because some of it works and some of it doesn’t. The film is warm, quite funny in places, and you really want to like these flawed-but-all-too-human characters. Outside Providence isn’t a bad movie by any stretch, but Baldwin is miscast as Tim’s blue collar dad, and it eventually gets bogged down with far too many undeveloped sub-plots and superfluous characters. 6.5/10 stars.