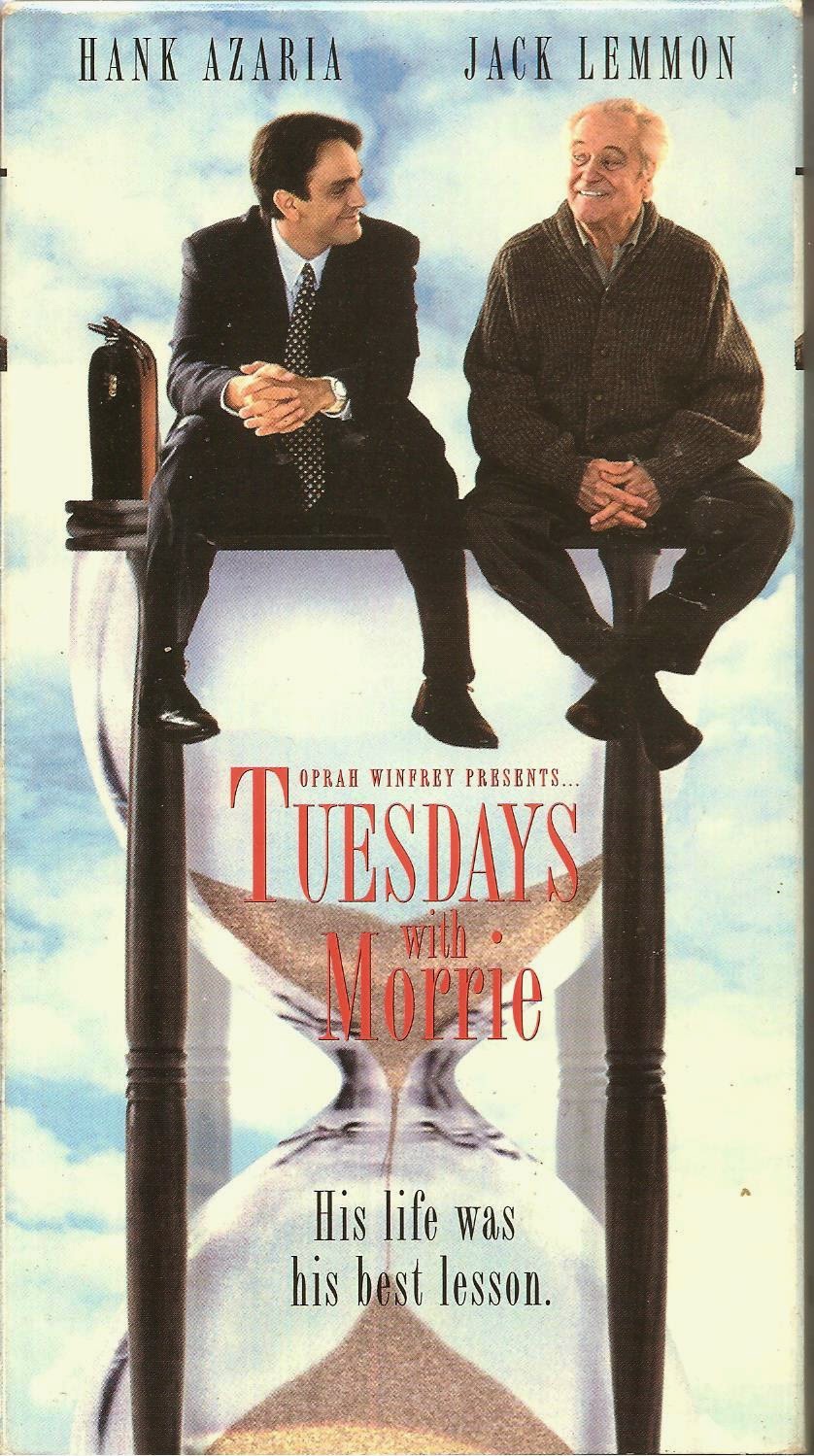 Synopsis: Jack Lemmon portrays an enlightened-but-dying older gentleman who convinces an unhappy-but-fortunate younger man that life is worth living, and…. Hey waitaminute – this movie is basically Dad with an introduction from Oprah!!

Blurb From the VHS Jacket: “Mitch Albom (Hank Azaria) seems to have everything a man could want: a syndicated sports column in the newspaper and his own TV talk show… he’s at the top of his profession. Everything, that is, but a meaningful personal life…. One night while watching television, Mitch catches an interview of one of his former university professors, his favourite one in fact, Morrie Schwartz (Jack Lemmon). Morrie is now dying and wants to spread a message to the world about the importance of living life to the fullest.”

What Did I Learn?: 1) “When you learn how to die, you learn how to live.” 2) “The most important thing in life is to learn how to give out love, and to let it come in.” 3) “Death ends a life, not a relationship.” 4) “Sometimes you cannot believe what you see, you have to believe what you feel. And if you are ever going to have other people trust you, you must feel that you can trust them, too - even when you're in the dark. Even when you're falling.” 5) “If we accept the fact that we can die at any time we lead our lives differently.” 6) “We must love one another or die.” 7) “Dying is just one thing to be sad about. Living unhappily, that's another matter.” 8) “When you're in bed, you're dead.” 9) “When you know how to die, you know to live.” [Ok, enough….enough!!]
You Might Like This Movie If: Just like Mitch Albom, you're really, really, really excited about Tuesdays!
Really?: 1) So, has anyone ever noticed there really isn’t any conflict in this movie? Sure, Mitch argues with his boss, but that’s pretty incidental to the plot, and yeah, he and Janine are having issues, but it’s pretty obvious they’re going to patch things up. 2) Funny how Morrie is a retired sociology professor, yet he never once discusses sociology, or academic issues. 3) So, Mitch was such a hot-shot sportswriter that he could basically blow off his job for days or weeks at a time?

Rating: I wanted to like Tuesdays with Morrie more than I did. Lemmon and Azaria work well together, and the title character has some important things to say about enjoying life, providing and accepting love, and letting go of guilt, but damn, this movie gets sickly sweet and treacly. I’ve never read Albom’s best-seller – it has a lot of fans, and maybe it works as a book, but most of the movie consists of Albom receiving Morrie’s wisdom and sharing golden moments together. 7/10 stars.