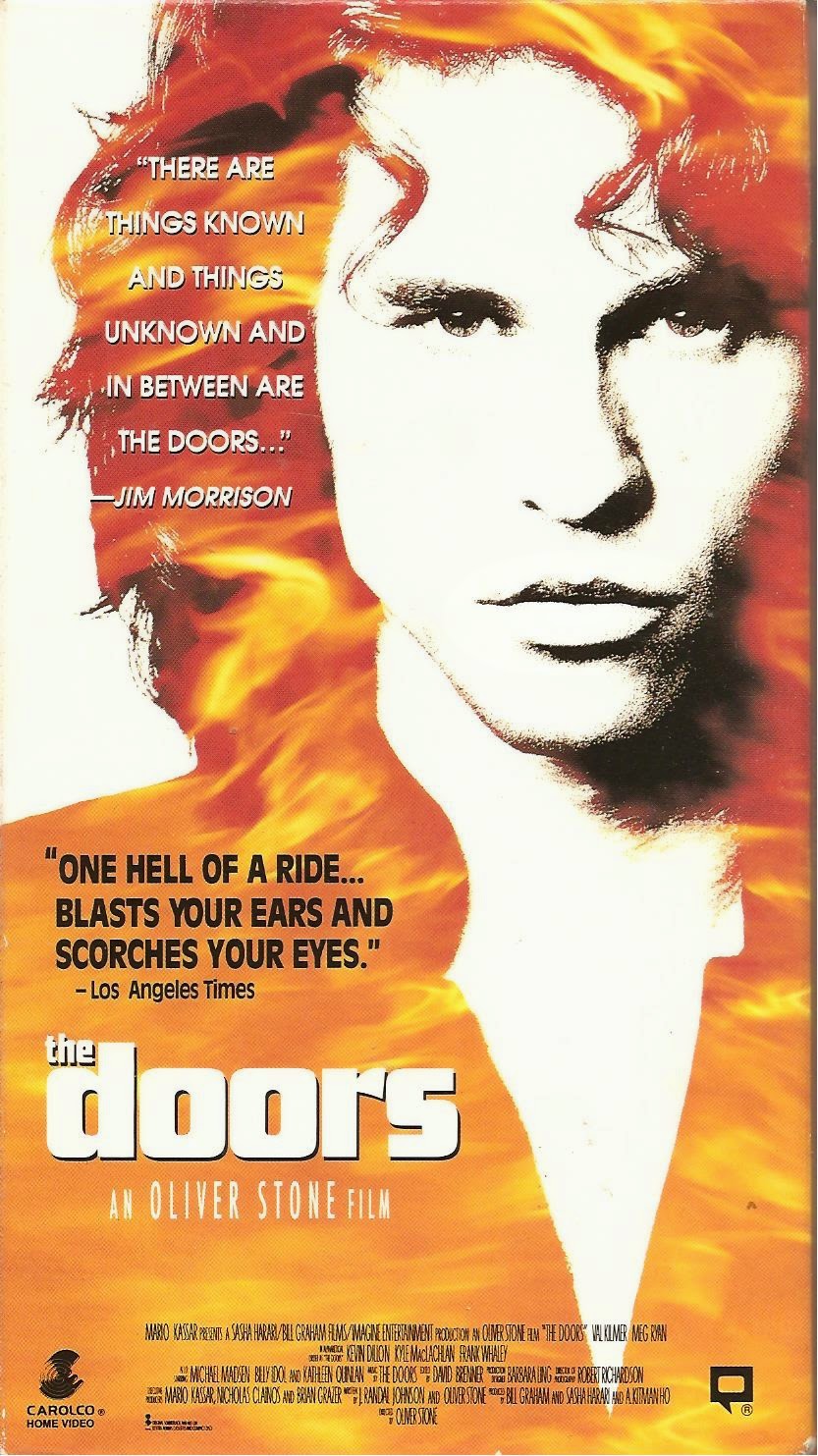 Blurb From the VHS Jacket: “Jim Morrison (Val Kilmer), one of the most sensual and exciting figures in the history of rock and roll, explodes on the screen in ‘THE DOORS’, the electrifying movie about a time called the sixties and a legendary outlaw who rocked America’s consciousness – forever.”

What Did I Learn?: Ladies, if your boyfriend hands you a carving knife and asks you to plunge it into him, or steps out on the ledge of a high building and threatens to jump unless you promise to “die for” him, it’s time to reassess the relationship.

You Might Like This Movie If: you want to be transported to a bygone era... and you find doors to be curiously entertaining.


Really?: So, Morrison blows off the network guy’s request and makes a drug reference on the Ed Sullivan Show. Um, how did the other members of the band feel about that? It’s funny how they’re in the movie, but essentially minor characters.

Rating: While I have to applaud Val Kilmer’s magnificent performance as the troubled Jim Morrison, and admire some of Oliver Stone’s impressive cinematography in this picture, The Doors is, quite simply, atrocious. There’s no character development, no real plot to speak of, and every other character besides Morrison is simply window-dressing. The film’s biggest problem, however, is that Stone simply doesn’t know how to portray his subject: was Morrison an enlightened poet, or just a violent, self-destructive, drugged-up idiot? Instead of providing a clear answer, Stone tries to have it both ways, and gives us a series of video montages and psychedelic Jim’s-wacked-out-on-drugs scenes that get old, fast. Keep these doors closed! I cannot recommend this movie. 4/10 stars.

Would It Work For a Bad Movie Night?: Absolutely! Take a drink every time Jim Morrison flouts the norms of civilized society and some old fuddy-duddy gets really, really steamed.