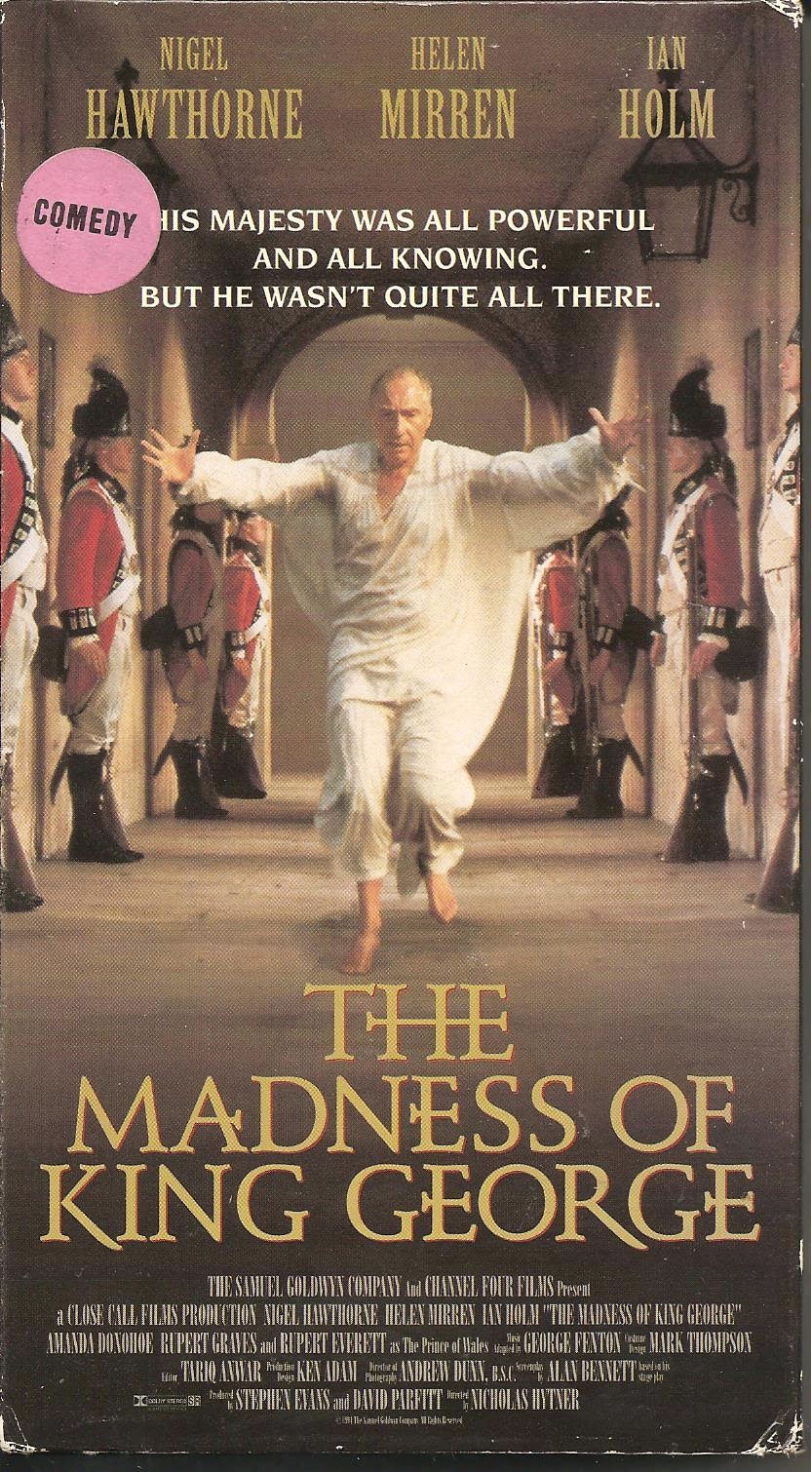 Synopsis: It’s good to be the king! Well…

Blurb From the VHS Jacket: “His majesty was all powerful and all knowing. But he wasn’t quite all there.”

What Did I Learn?: 1) “One may produce a copious, regular evacuation every day of the week and still be a stranger to reason.” 2) “Six hours of sleep is enough for a man, seven for a woman, and eight for a fool.” 3) “To be Prince of Wales is not a position - it is a predicament.”

You Might Like This Movie If: You've always wanted to see a king descend into madness.
Really?: Hold on – the king’s personal attendants make a point that his urine is blue (suggesting George III may have suffered from porphyria) and yet the audience never gets to see the unusual pee? How blue was it? Are we talking Windex?

Rating:  Nigel Hawthorne – best remembered as the scheming Sir Humphrey Appleby on Yes, Minister – gives a tour-de-force performance as the troubled British monarch. The Madness of King George is an intelligent, often-funny film that suffers from one serious problem: none of the characters are particularly sympathetic, or likeable. I mean, are we supposed to cheer at the end when George III, fully-restored in his powers, orders his doctor (Ian Holm) not to look him in the eye, or when he fires the assistant who was kind to him during his treatment? 8.5/10 stars.