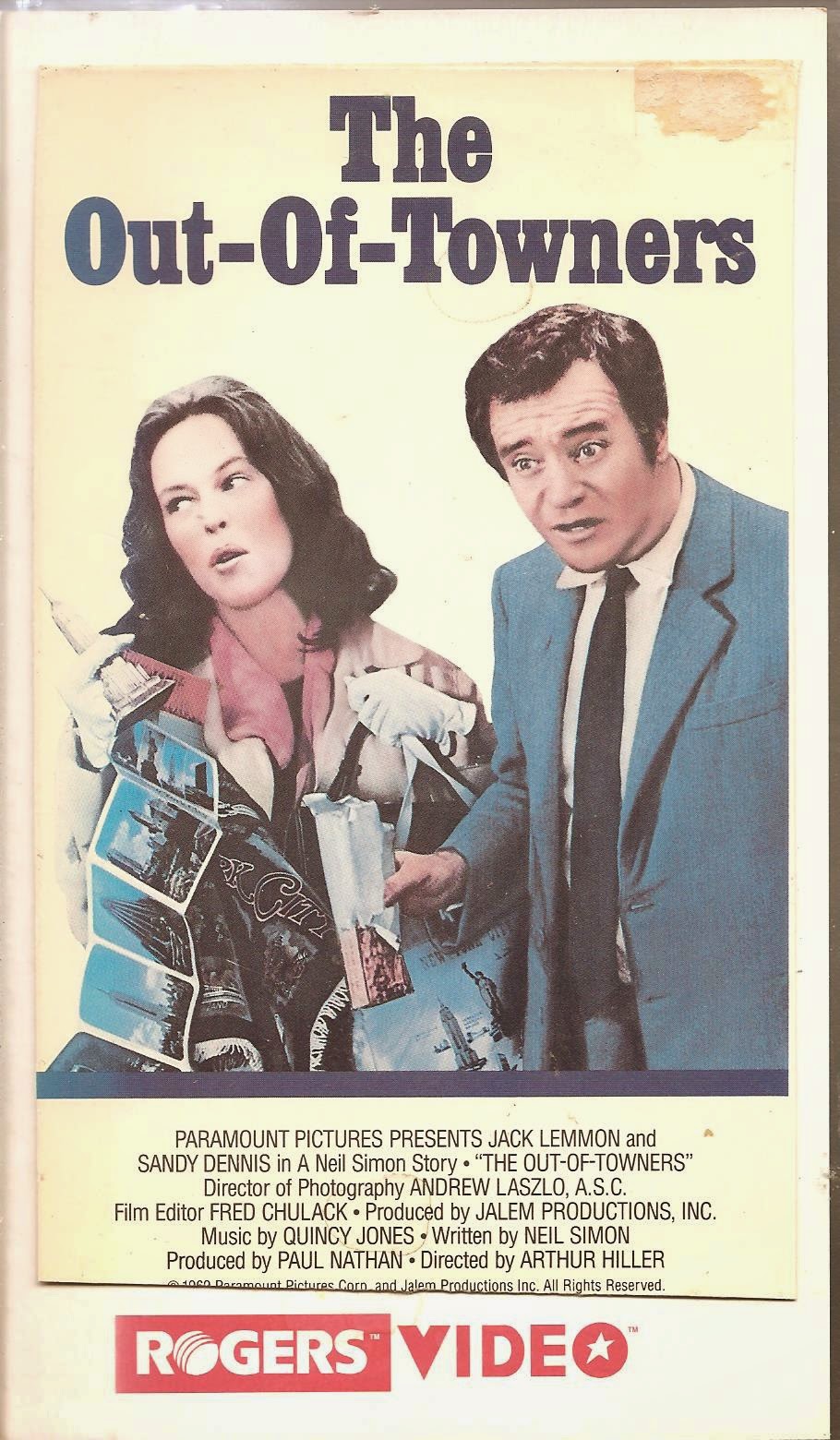 Synopsis: Ever wanted to see Jack Lemmon race around Boston and New York, yelling and screaming like a hyperactive lunatic for 98 minutes? If so, this is your lucky day!

Blurb From the VHS Jacket: “Written for the screen by Neil Simon, The Out-of-Towners is a witty, uproarious movie that keeps oving at Simon’s usual frenetic pace. Incredible mishaps occur when a middle-aged Ohio couple fly to New York City for the husband’s job interview.”

What Did I Learn?:  New York City is a dangerous, dirty, and completely dysfunctional hell-hole that’s best avoided by civilized people.

You Might Like This Movie If: Just like Jack Lemmon, Sandy Dennis, and um...Grandmaster Flash, you know that New York is a big city of dreams, but everything in New York ain't always what it seems. Oh, and you might get fooled if you come from out of town.
Really?: Wow…. George keeps making bad, spur-of-the-moment decisions, doesn’t he? Most people would spend the night in the Boston hotel (generously supplied by the airline) and then take the 7AM flight to New York the next day.

Rating: On paper, The Out-of-Towners has everything it needs to be a great film: Jack Lemmon and Sandy Dennis starring in a story written by Neil Simon. Unfortunately, The Out-of-Towners is anything but a great film; while I liked the chemistry between Lemmon and Dennis, the premise - George and Gwen encounter one disaster after another, gets old and tiresome fast. Moreover, George is so obnoxious that’s it’s tough to sympathize with him. Watch for Billy Dee Williams in a small role. I cannot recommend this movie. 4/10 stars.

Would It Work For a Bad Movie Night?: Probably not – but take a drink every time George threatens to sue somebody.