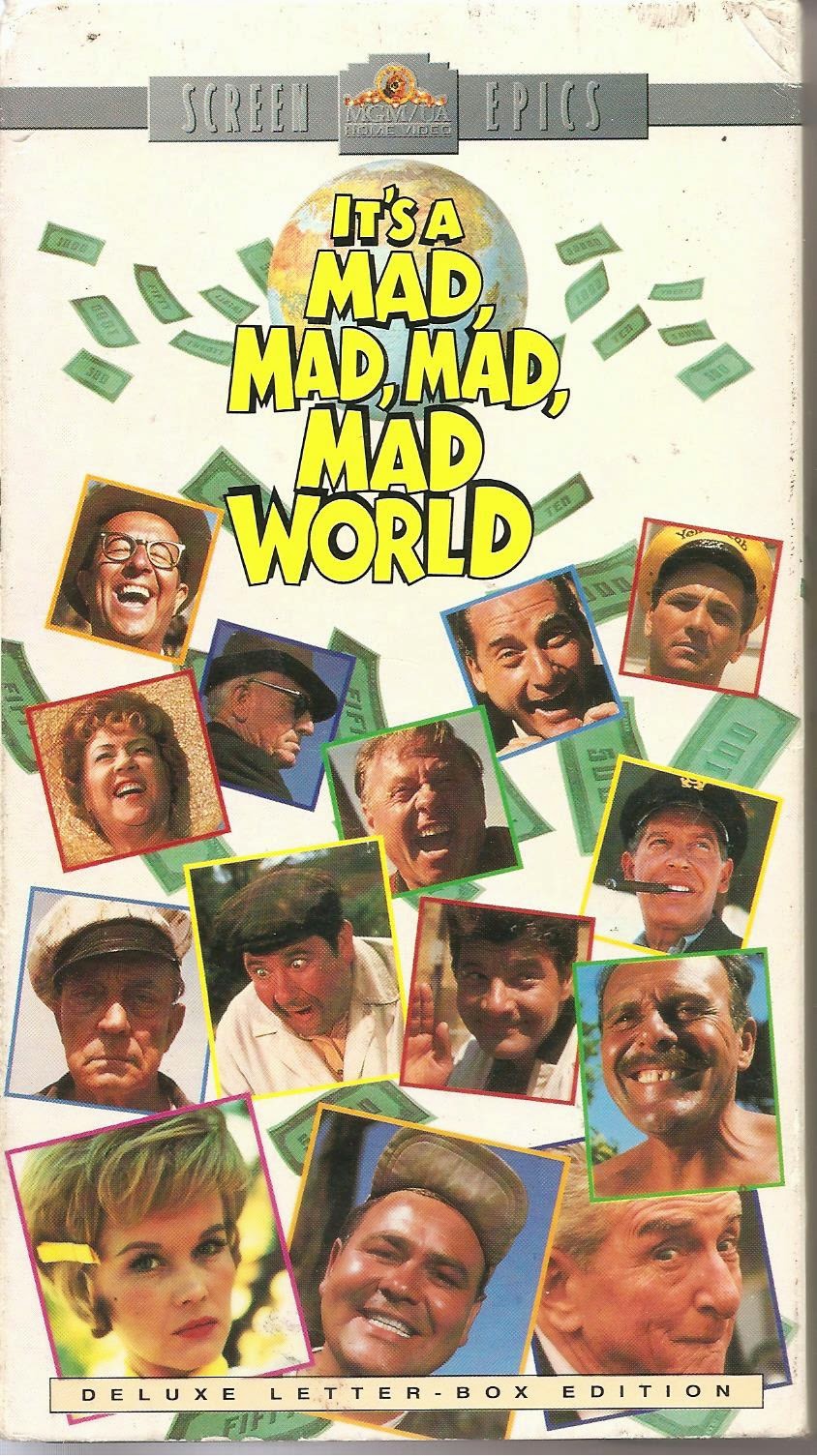 Synopsis: World’s most obnoxious people search for buried treasure as they’re pursued by the world’s most incompetent police department.

Blurb From the VHS Jacket: “On a winding desert highway, eight vacation-bound motorists share an experience that alters their plans – and their lives! After a mysterious stranger divulges the location of a stolen fortune, they each speed off in a mind-bending, car-bashing race for the loot – and the most side-splitting laughfest in history.”

What Did I Learn?: The first time Ethel Merman yells: “shut up,” it’s sort-of funny. The fortieth time, not so much.

You Might Like This Movie If: You want to see how much this mad, mad, mad, mad world has changed over the past 50 years.
Really?: It’s a Mad, Mad, Mad, Mad World is a screwball comedy, and it isn’t meant to be taken all that seriously. That said, I have to make the following points: 1) The entire premise of this film makes no sense – the four parties have to cooperate. If anyone in the four vehicles doesn’t receive a share, that person could simply call the cops and get the others arrested. 2) If Russell Finch (Milton Berle) needs time to recover from a nervous breakdown, why in the world would he agree to bring his horrible mother-in-law (Merman) along for the ride? It’s also funny how Emeline never once realizes her mom might just rub others the wrong way. 3) Hold on – the Santa Anita cops have everyone under surveillance, and yet they allow Pike (Jonathan Winters) to destroy a gas station and nearly kill the proprietors, and the Crumps to blow up a hardware store just because everyone’s in a race? WTF? I smell a huge lawsuit…

Rating: As I watched It’s a Mad, Mad, Mad, Mad World, it reminded me bit of the completely-different Risky Business – both are films I really enjoyed as a kid, but no longer hold my interest. There are plenty of laughs in Mad World (Phil Silvers is a delight as the cheerful-but-slimy Otto Meyer), but it’s far too long, it quickly descends into a whole lot of explosions and car crashes, and Ethel Merman’s character is so toxically obnoxious that she ruins nearly every scene in which she appears. 6.5/10 stars.