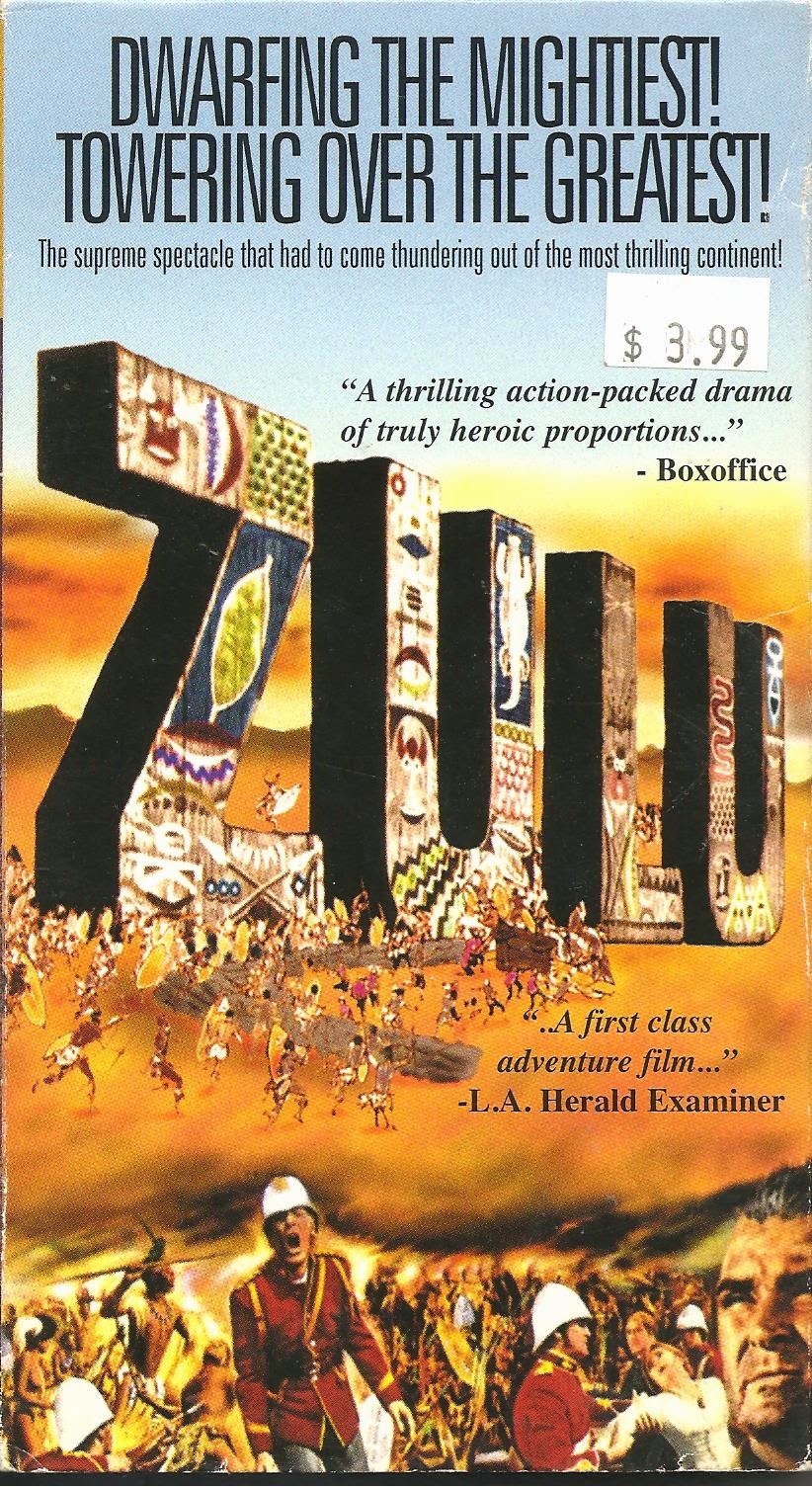 Synopsis: Aristocratic infantry officer battles by-the-book engineer for control of military garrison that’s about to receive the ass-whuppin’ of the 19th Century.

Blurb From the VHS Jacket:  “The year 1879. The place: Natal, Africa. This is the exciting true story of Rorke’s Drift, an isolated British outpost where a handful of soldiers withstood a day-long attack of the mighty Zulu nation – 4,000 fierce warriors strong.”

What Did I Learn?: 1) The army doesn’t like more than one disaster in a day. 2) A zulu regiment could run 50 miles and fight a battle at the end of it. 3) Brandy is for heroes.

You Might Like This Movie If: You know that Michael Caine can play a snobby, upper-class twit, or just about anyone!
Really?: 1) Hmm….I’m surprised somebody in the British camp didn’t punch the Rev. Witt’s lights out after he: a) convinced the colonial troops to flee, b) attempted to convince a scared private to desert his post, and c) screamed: “you’re all going to die!!” 2) You know, I can understand Zulu warriors being unafraid to fight, or even die in battle, but I have to wonder: did any of them really volunteer to be cannon fodder so the tribal elders could count the number of British guns?

Rating: Zulu is a compelling re-enactment of a Welsh regiment’s heroic stand at a tiny outpost against overwhelming odds; in some ways, it’s reminiscent of another siege movie, Assault on Precinct 13. The Zulus are treated respectfully, but there’s something other-worldly about their portrayal since the film doesn't include subtitles or any prominent Zulu characters. The real conflict comes down to a power struggle between Lt. Chard (Stanley Baker) and Lt. Bromhead (Michael Caine) for control of the outpost, and the best scenes focus on the two leads. 7.5/10 stars