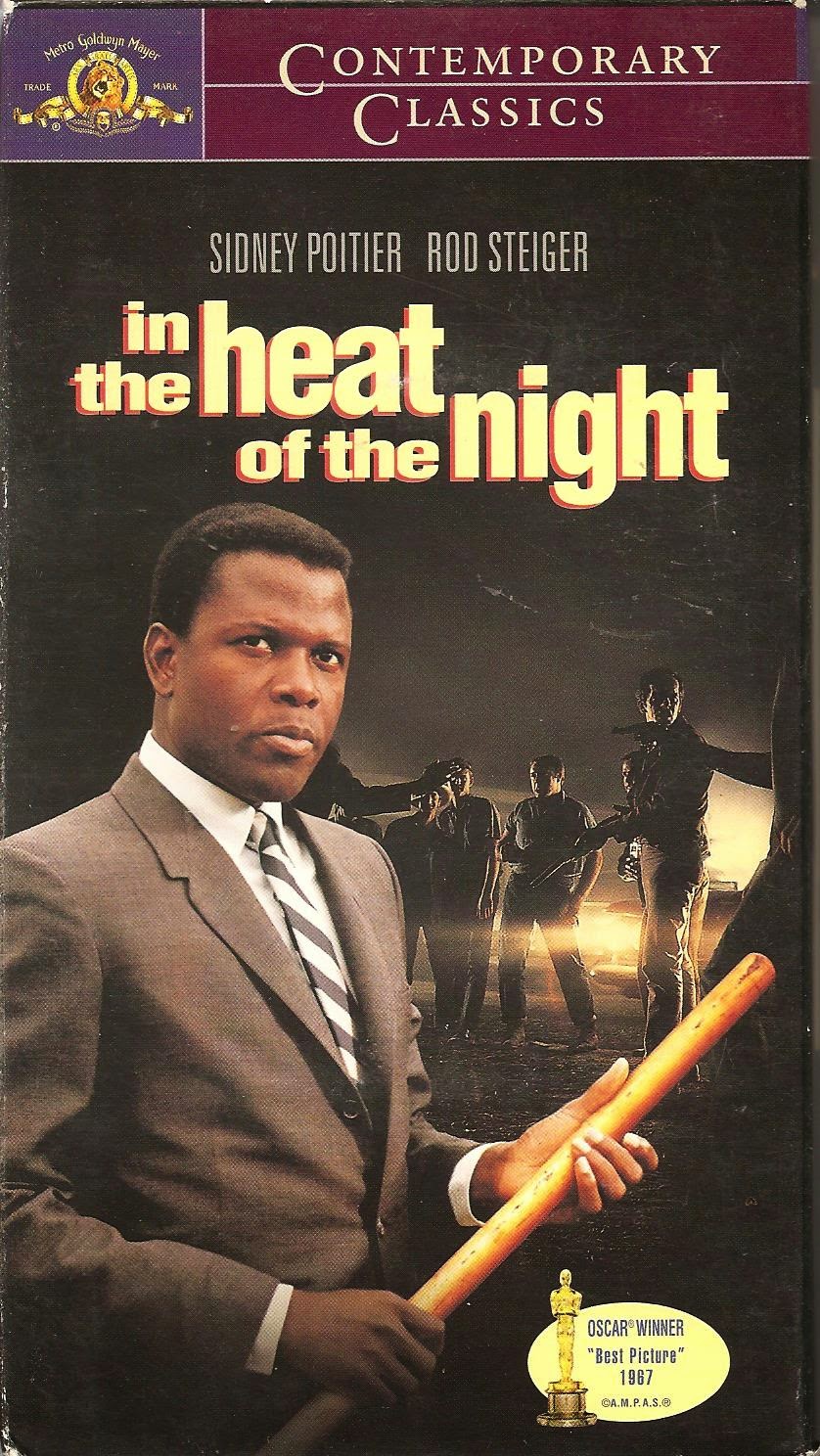 Blurb From the VHS Jacket: “While traveling in the deep south, Virgil Tibbs, a black Philadelphia homicide detective, becomes unwittingly embroiled in a murder case when he is first accused of the crime – and then asked to solve it!”

What Did I Learn?: Southerners are loud, hot-headed, backward, and dim-witted, and they require a patient Northerner (black or white, it doesn’t matter) to solve all of their problems.

You Might Like This Movie If: you realize that Tibbs might help out Sparta's local constabulary on a one-shot-deal basis, but his home is in Philadelphia, he and the Sheriff really don't like each other, there aren't that many serious crimes in Sparta, and there's no way he would ever set down roots there. Well.....
Really?: 1) I had a great deal of trouble believing Tibbs’ police captain in Philadelphia would offer Tibbs’ services to the Sparta (Mississippi) cops. Isn’t Tibbs' salary funded by the taxpayers of Philadelphia, and wouldn’t his captain need him to come home to bust, oh…I don’t know… local criminals? Obviously, it’s a plot device to keep Tibbs in Sparta, but it isn’t terribly convincing. 2) Um… I don’t want to give away any spoilers, but that dude committed the murder? Talk about a lacklustre ending!

Rating: I wanted to like In the Heat of the Night more than I did. The movie won five Oscars, including Best Picture, Best Actor (Rod Steiger) and Best Writing, and while I agree that it’s still both a compelling murder-mystery and powerful social commentary, it’s also incredibly preachy and dated by today’s standards. (In that sense, it strangely reminded me of The Longest Day – another film that was popular and highly acclaimed when it was released in the 1960s, but hasn’t aged well).  Still, check it out if you get the opportunity. 7.5/10 stars.