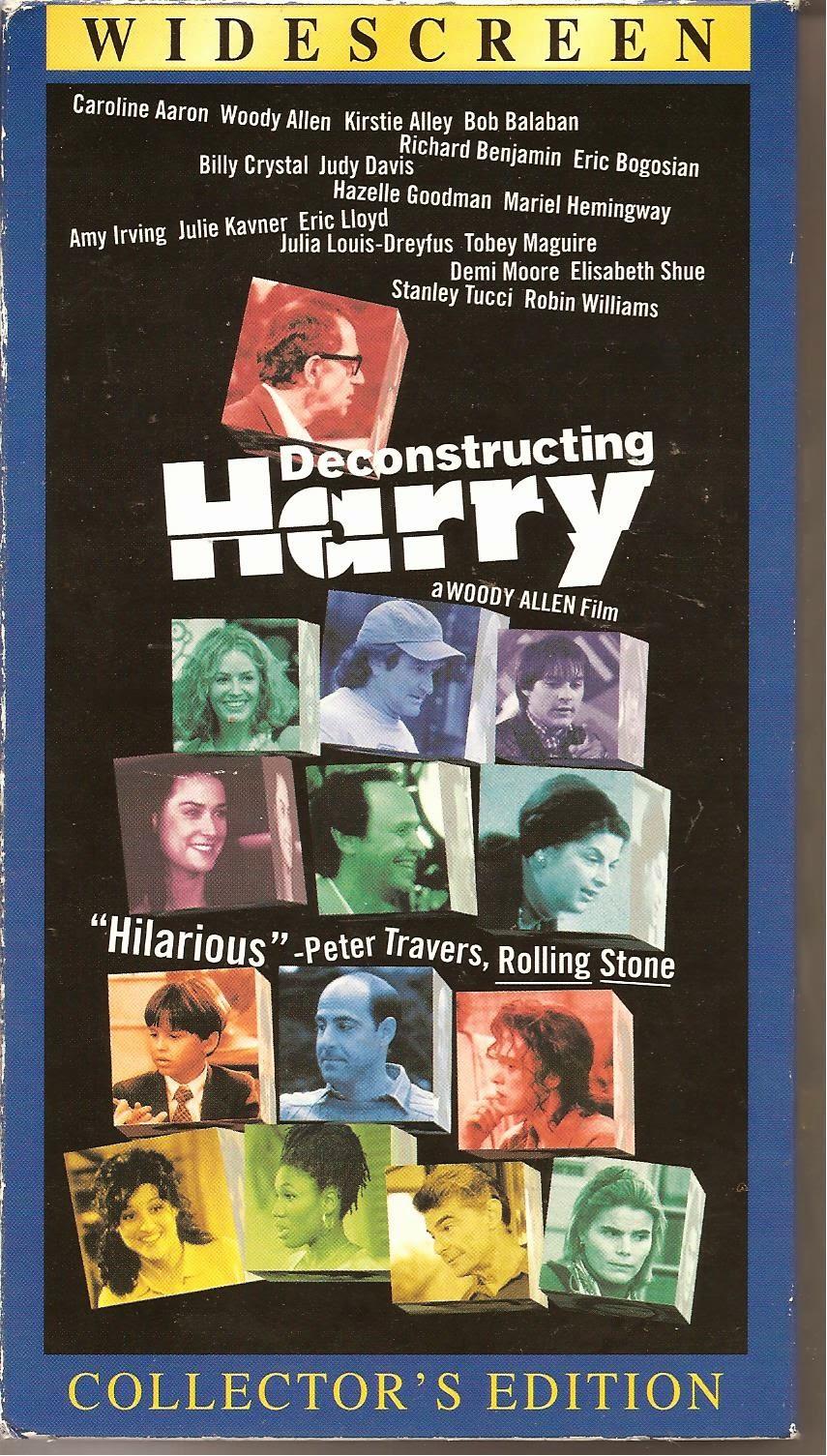 Schuster at the Movies is saddened by the recent passing of Robin Williams, who had a small part in this film as a mysteriously out-of-focus actor. Williams' manic, rapid-fire stand-up style was never my cup of tea (which is why I was a little unkind to him in my review of Good Morning Vietnam), but he delivered stellar performances in a number of films (Dead Poets Society, The Fisher King and Cadillac Men come to mind) and I liked him when he didn't attempt to overpower every scene. Please click the links to read my reviews of One Hour Photo, The Fisher King, Dead Again, Cadillac Man and Good Morning Vietnam.

Blurb From the VHS Jacket: “Harry Block has gone through three wives, six psychiatrists and dozens of girlfriends during his long literary career. But when Harry writes a bestseller about his best friends, his best friends become his worst enemies.”

What Did I Learn?: 1) “The most important words in the English language are not "I love you" but "It's benign." 2) In France, somebody could run for office and win with the slogan: “nihilism, cynicism, sarcasm, and orgasm.” 3) “All people know the same truth. Our lives consist of how we choose to distort it.”

You Might Like This Movie If: You'll watch anything that involves a good deconstruction.
Really?: 1) I realize Fay (Elizabeth Shue) is supposed to be a huge fan of Harry’s work, but I had a bit of trouble believing she would fall for a 60-something guy who looks like Woody Allen. Speaking of which, isn’t Allen a little old to play the father of a very young child? 2) Hold on – Harry picks up his son for the road trip to the university ceremony and he still brings the hooker along for the ride? It’s a funny situation, but come on….

Rating: Deconstructing Harry is an excellent example of Woody Allen at his best; the film is laugh-out-loud funny, cleverly-written, and boasts an impressive cast of performers including Billy Crystal, Tobey Maguire, Julia Louis Dreyfus, and of course the late Robin Williams. And I have to give kudos to Allen for making Harry interesting and strangely sympathetic, even though it soon becomes obvious he has spent years crapping on everyone in his life. Highly recommended. 9/10 stars.