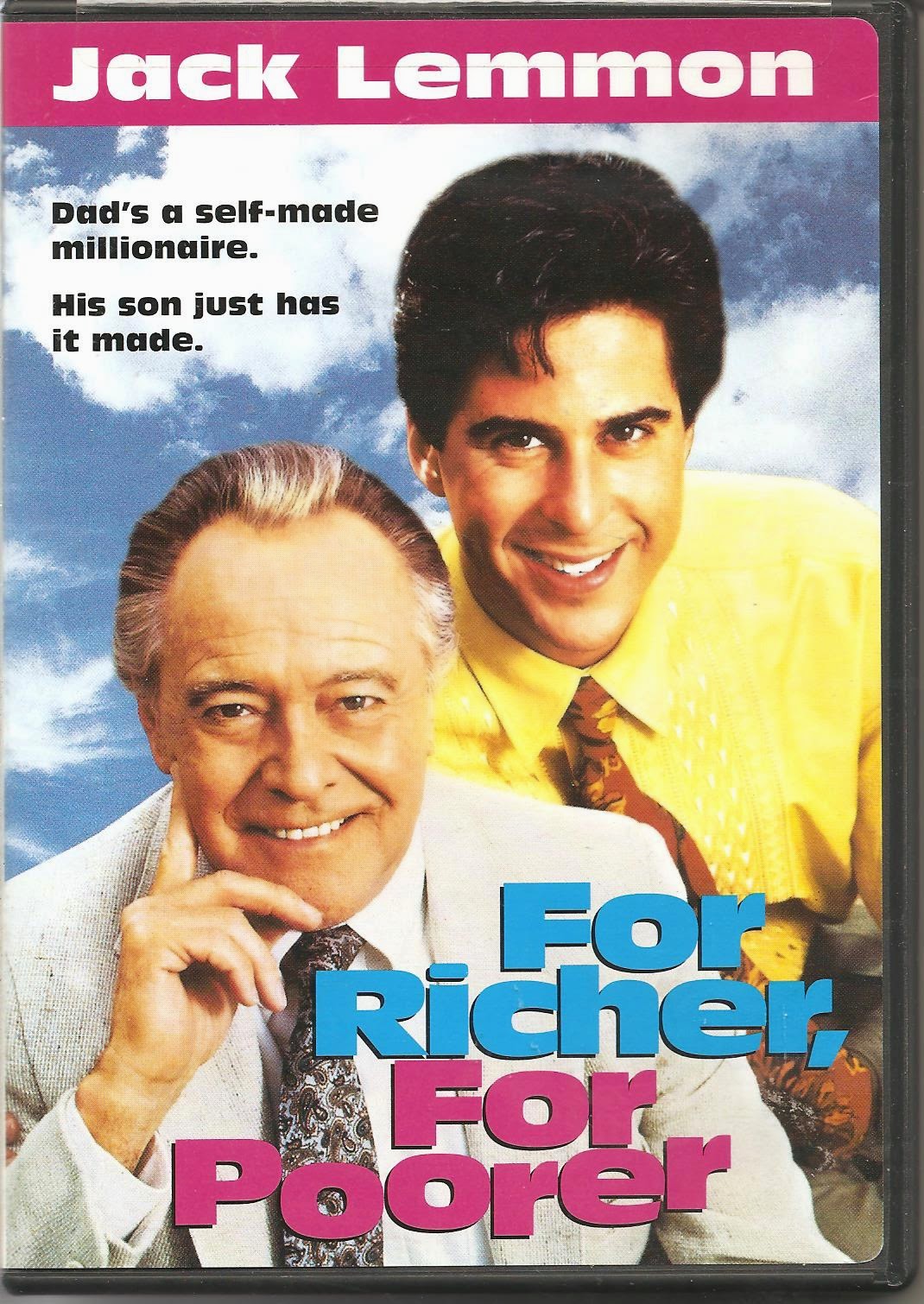 Synopsis: Remember that old adage about cutting off your nose to spite your face? Well, here’s the 90-minute version of it.

Blurb From the DVD Jacket: “Jack Lemmon stars as a successful businessman who loves to work, and makes millions doing it, while his son Michael (Jonathan Silverman) is happy just sitting back and having it made. So dad decides to teach him a lesson by giving away every dollar of his hard earned fortune, but comedy ensues when the lesson backfires.”

What Did I Learn?: Jack Lemmon dressed up in wacky disguises does not equal comedic gold.

You Might Like This Movie If: You enjoy watching people lose all their money.
Really?: 1) See: “Blurb From the DVD Jacket.” 2) Um… isn’t Lemmon a little old to be playing a 55-year old grocery tycoon? 3) Gee… if Aram is so desperate to get back on his feet financially, couldn’t he approach his old chain of stores and ask them to hire him in some capacity? Maybe as a spokesman?

Rating: For Richer For Poorer is a deservedly long-forgotten HBO film from the early 1990s, and possibly the nadir of Jack Lemmon’s long film career. The entire premise of the film is ridiculously implausible, the comedy falls flat, Lemmon himself is badly miscast as Aram (he and Talia Shire have zero chemistry, by the way), and the character isn’t all that likeable anyway – he keeps a mistress on the side, and never informs his wife of his plans. I cannot recommend this movie. 3/10 stars.

Would it Work For a Bad Movie Night?: No, but take a drink every time Lemmon says that it’s really, really important for a man to work, or some variation on that theme.