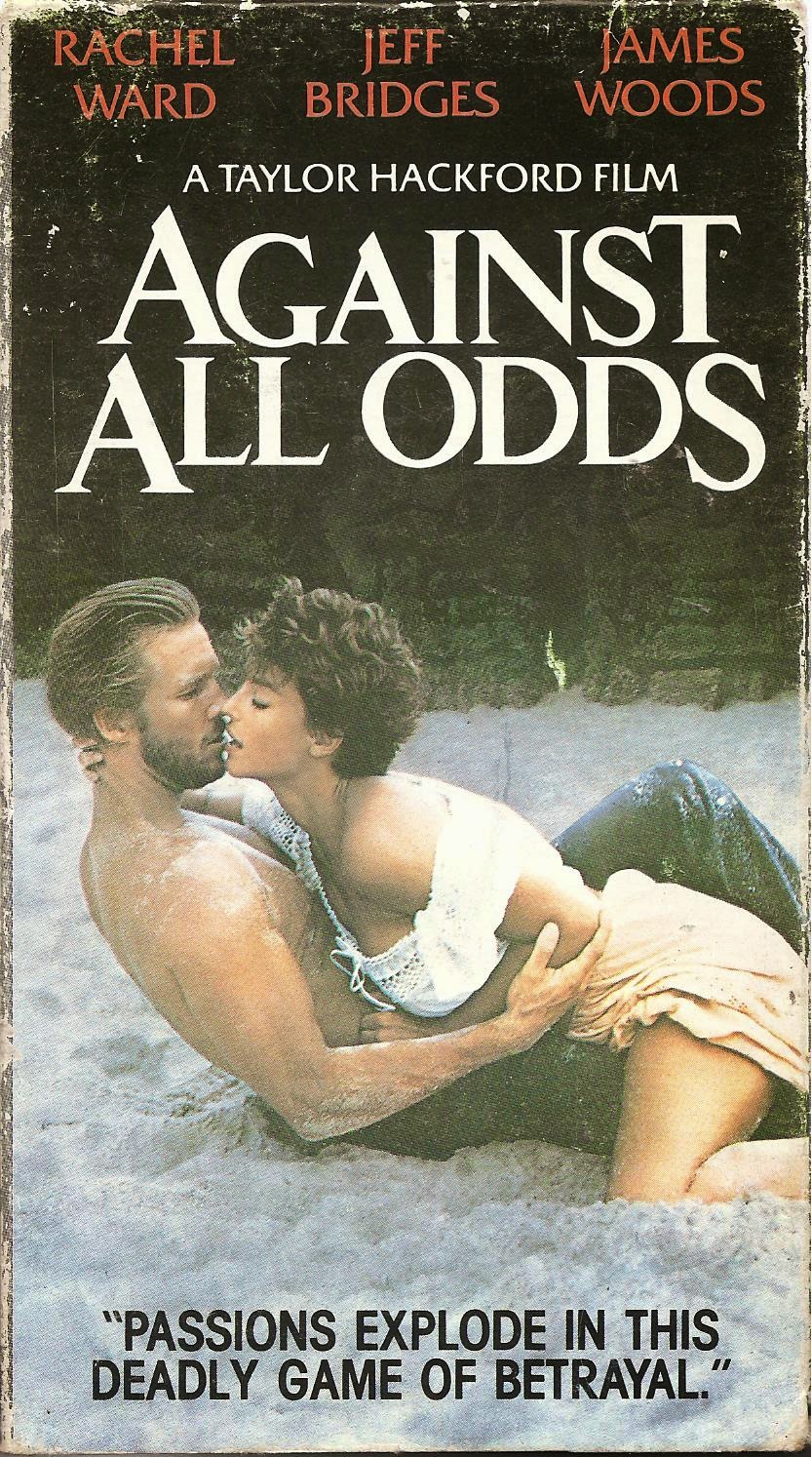 Synopsis: Ever wanted to see Out of the Past remade with faster sports cars and steamier sex scenes? This is your movie.

What Did I Learn?: If you’re a public figure, it’s difficult to balance protecting the environment with betting on football games.

You Might Like This Movie If: You always wanted to see Kid Creole and the Coconuts in their prime.
Really?: 1) Wait just a minute... Caxton controls Wise, and yet he did nothing when Mrs. Wyler – his wife – strongly objected to Wise dating Jessie? WTF? 2) Um.... what was the point of that car chase? I mean, I guess it demonstrated that Jake has balls the size of grapefruits, and he’s prepared to do whatever it takes to win, but reckless driving along a busy highway is a great way to end up in jail. 3) So, um... how old is Jessie, exactly? Bridges was 34 when this movie was made, and I’m guessing Woods was in his mid-thirties, as well. The film ends with Jessie under her mother’s thumb, so... this is a bit creepy.

Rating: Against All Odds is a very loose remake of Out of the Past, and it works on its own terms as a suspense thriller. Bridges and Woods portray surprisingly complex characters, the film boasts a lot of beautiful location shots of Mexico and Century City, the musical score is impressive (interestingly, we don't hear the Phil Collins title song until the final credits), and things really start to heat up in the third act. My only complaint is there’s too much extra plot about land deals and crooked politicians that’s a bit superfluous to the story. 8/10 stars.