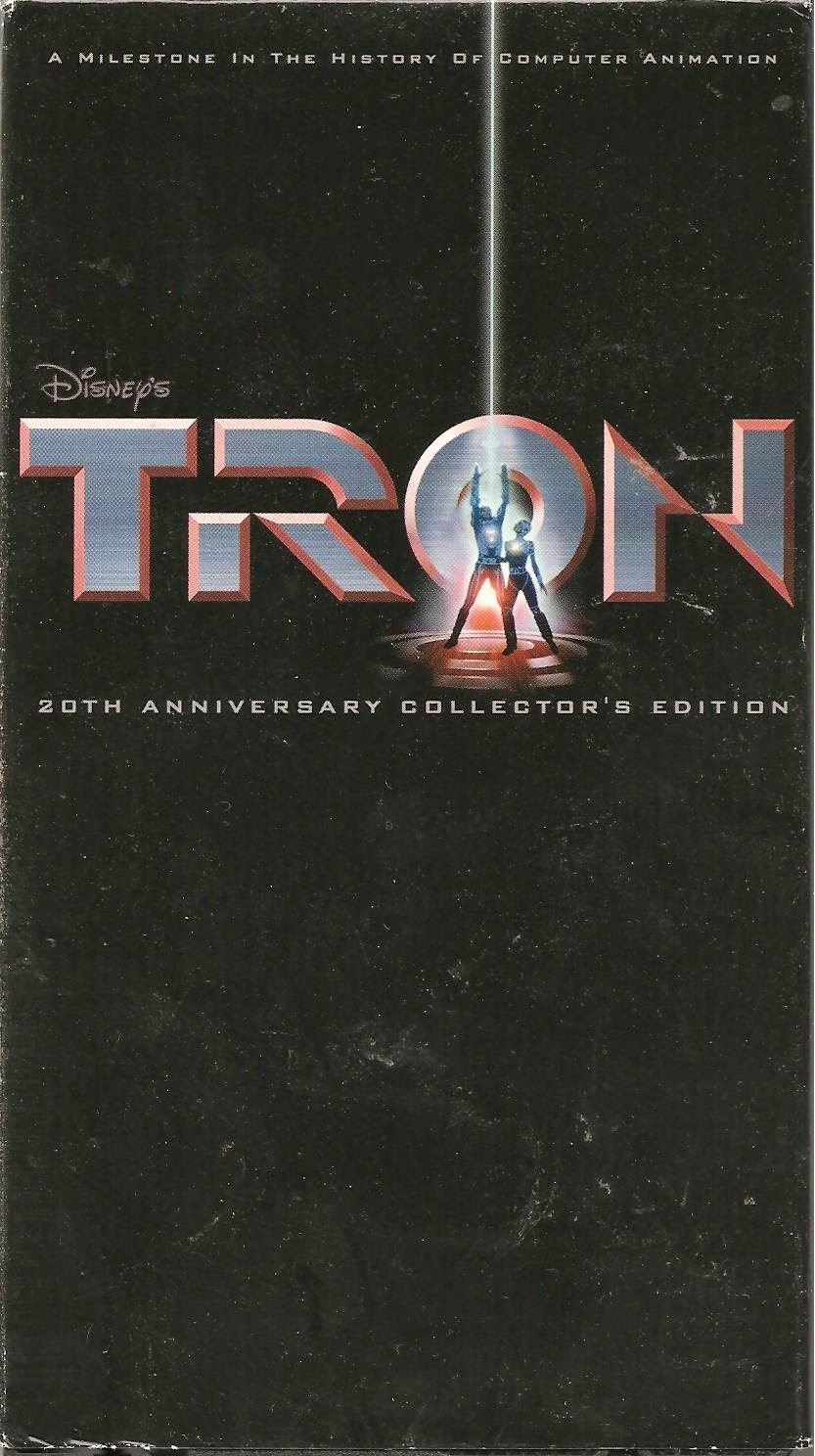 
Synopsis: It’s kinda like The Matrix.... if it were designed by Intellivision, circa 1982.


Blurb From the VHS Jacket: “A masterpiece of breakthrough CGI ingenuity – Disney celebrates the 20th anniversary of TRON – a dazzling film at the flashpoint of a continuing revolution in its genre.”


What Did I Learn?:  1) If you’ve seen one consumer electronics show, you’ve seen them all. “”Embezzling” is such an ugly word.


Really?: 1) Wow...Flynn (Bridges) is blue...now he’s red...now he’s blue again. Does any of this have any meaning? 2) So, as a “user”, Flynn has magical powers...why is that? Does anyone have an explanation? 3) So wait – when Flynn is sent into the computer-world, does he remain himself, or does he suddenly become CLU, who was defeated by Master Control earlier on? Come to think of it, why do all of the programs have human faces?


Rating: Tron is one of those movies I saw years ago in childhood, and hadn’t screened again until recently. Does it stand the test of time? Well... it’s obviously a movie for kids; the plot is rather convoluted, and a number of things don’t make a lot of sense, but Tron is also highly imaginative, and its special effects are dated-but-still quite impressive. Check it out of you’re curious. End of line. 7/10 stars.