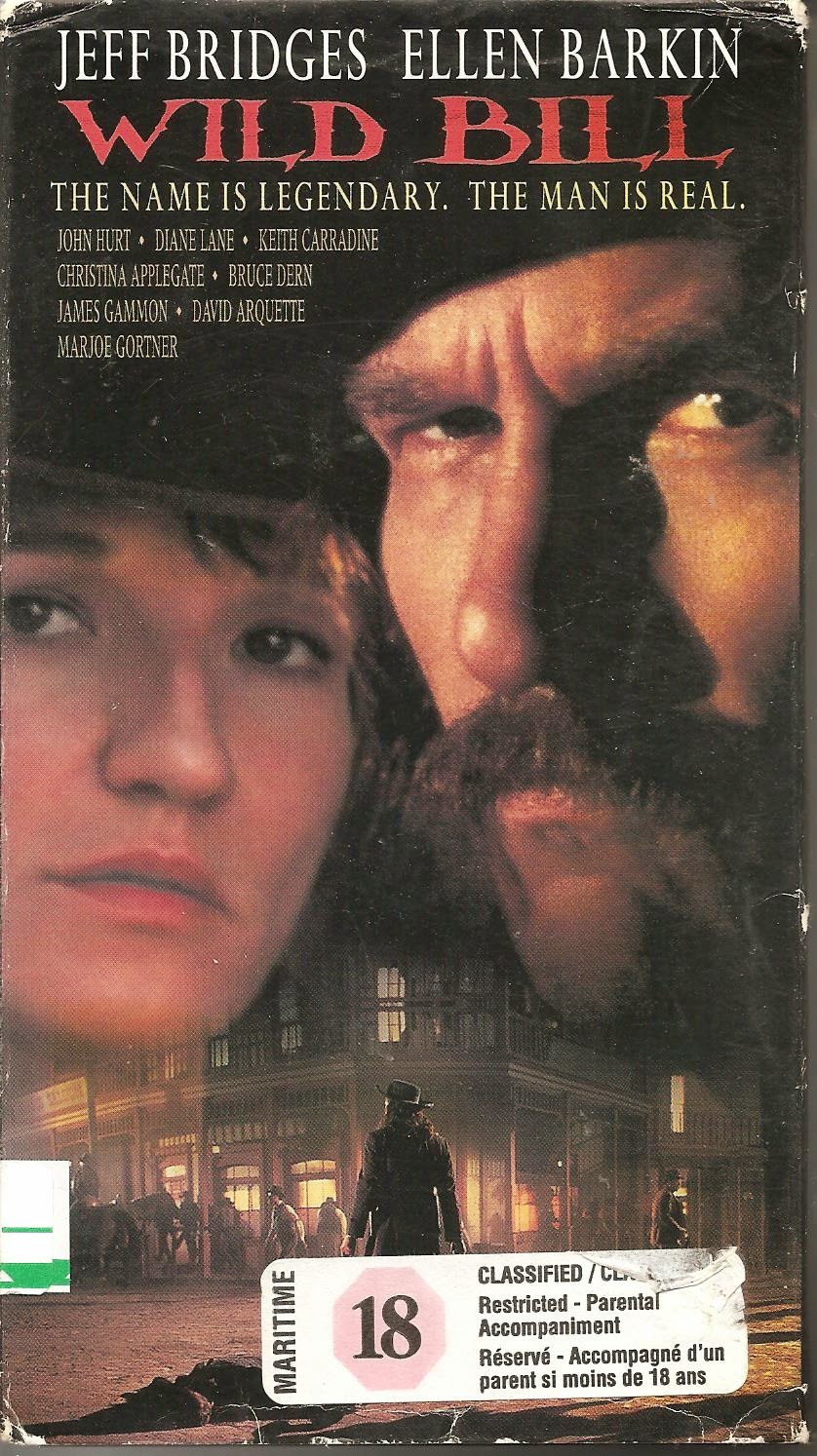 Jeff Bridges Film Fest Movie #9 (By the way: I’m not doing a John Hurt film fest – he just happened to appear in both this film and Heaven’s Gate)


Synopsis: Legendary-but-ailing gunslinger finds the strength and courage to deliver one last fatal ass-whippin’. Come to think of it, that’s also the Synopsis for The Shootist.


Blurb From the VHS Jacket: “He was a legend in his own time.... and for all time. Jeff Bridges portrays Wild Bill Hickok, the hard-drinking, quick-shooting gunslinger who lived on the edge. Hickok’s amazing story is told with a stunning visual style and a lightning-fast pace, illuminating one of the most exciting heroes of the American West.”


What Did I Learn?: 1) You ought to know better than to touch another man’s hat. 2) Whisky’s good for a man... helps him put things in perspective. 3) A man that cheats at cards ain’t got no religion. 4) It’s bad luck to kill a native American in a religious frame of mind.


You Might Like This Movie If: You know that Wild Bill Hickok wasn’t the only great man to be beaten by... David Arquette?!?


Really?: 1) I had a bit of trouble believing hired-gun Donnie or his confederates would leave Wild Bill and the others alive in the saloon. Come on – he’s going to have to hunt them down and kill them. 2) I know that Walter Hill wanted a strange-looking visual effect to depict Wild Bill’s opium-enhanced dreams, but black-and-white video tape doesn’t really fit with the rest of the film.


Rating: Wild Bill is less of an action-thriller than a character-driven portrait of Hickok’s last days on Earth. It’s slow-moving at times, the video-taped sequences don’t look right, and let’s face it – Jack McCall (Arquette) isn’t exactly a worthy opponent for the protagonist, but Wild Bill is a still an enjoyable Western. 7/10 stars.