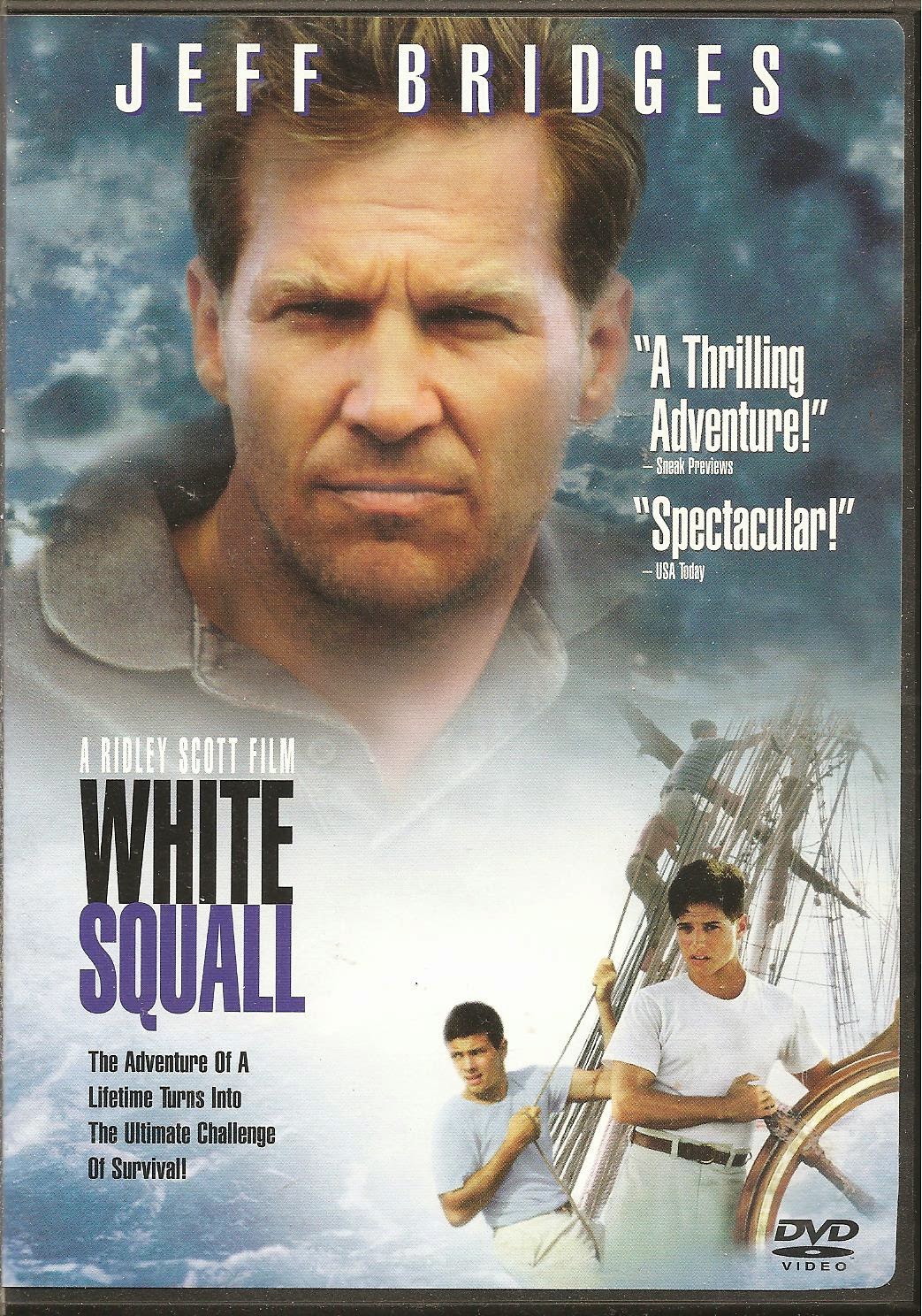 
Blurb From the DVD Jacket: “Hollywood favourite Jeff Bridges (The Big Lebowski) stars in this thrilling high seas adventure! Bridges leads a crew of seafaring students (including Scott Wolf from TV’s Party of Five) on the voyage of a lifetime! But just before their return, nature teaches the toughest lesson of all... turning this journey at sea into a test of the crew’s courage and will to survive!”


What Did I Learn?: 1) You can only build character on mountaintops, deserts, battlefields, and across oceans. 2) Shooting a dolphin is not an effective means of making friends within your peer group.


You Might Like This Movie If: You know there's nothing funny about running into rough weather at sea.


Really?: I realize this film is based upon a true story (so, I don’t know how much of it is fact or fiction), but I had a bit of trouble believing the kid with a severe case of vertigo could suddenly climb to the very top of the ship in order to say goodbye to his departing pal.


Rating: White Squall is a well-written, and finely crafted film that works both as a coming-of-age drama and as an early 1960s period picture, although it is a bit too long, and it drags near the end. White Squall is highly reminiscent of Dead Poets Society (that’s meant as praise), and there is a big storm in the third act, so what do you know – my usually-sarcastic “Synopsis” section is pretty accurate this time around. 8.5/10 stars.