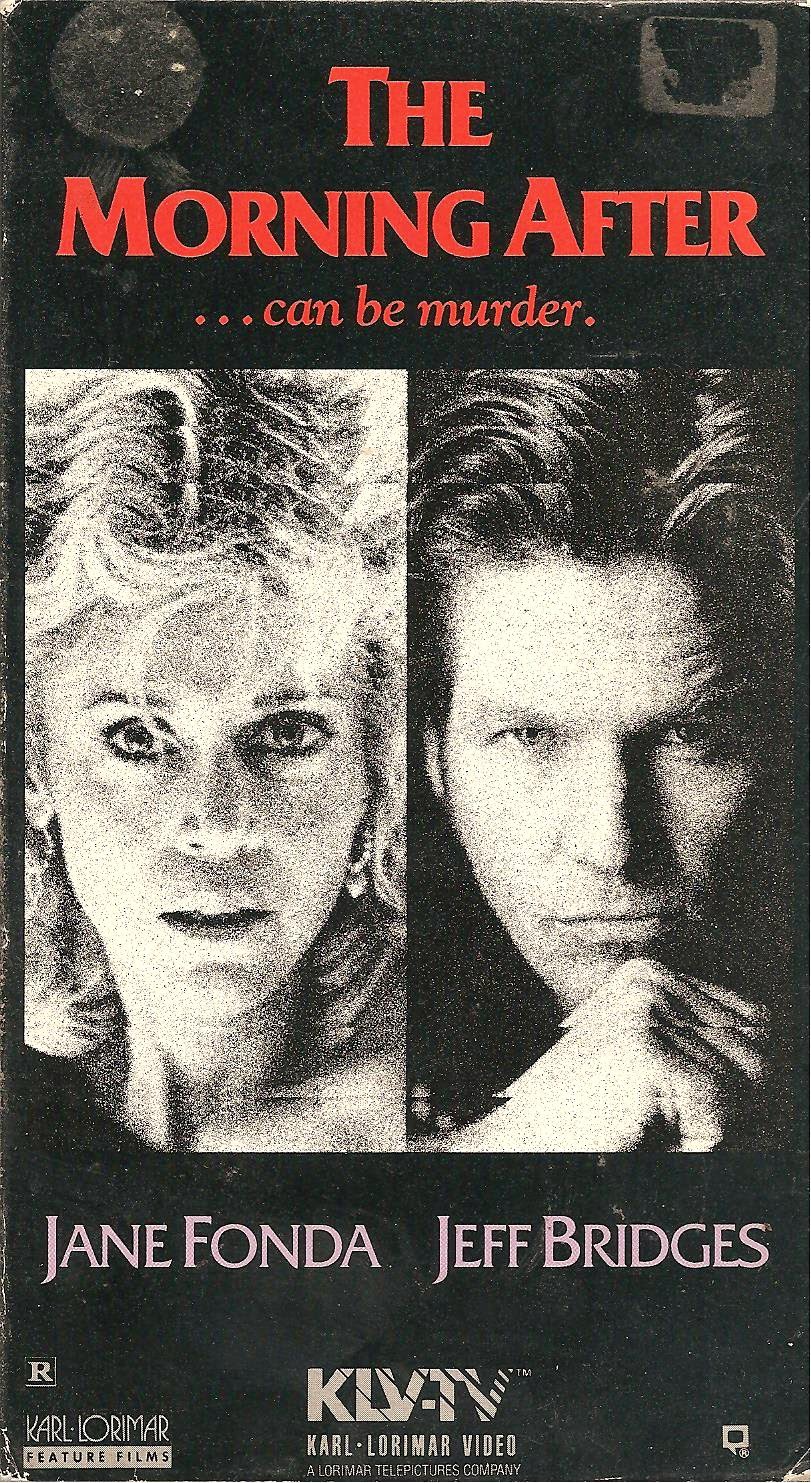 
Synopsis: Drinking is bad, mmmkay? You can damage your brain, ruin your liver, and um... find yourself framed in some preposterous murder scheme.


Blurb From the VHS Jacket: “A superb cast stars in director Sidney Lumet’s classic, suspenseful thriller. Jane Fonda, nominated for an Oscar for her portrayal of a struggling alcoholic, awakens in a strange bed – next to a murdered man. She flees in panic that eventually turns to terror. Jeff Bridges is the redneck ex-cop trying to help her through the increasing suspense. Raul Julia is Fonda’s suave, ambitious estranged husband.”


What Did I Learn?: 1) A woman whose refrigerator contains only: two frozen tacos, six open jars of mayonnaise, and a 3-litre jug of Thunderbird has problems – even if she hasn’t been set up for murder. 2) House-cleaning is a lot more fun with a big glass of bourbon.


Really?: 1) So, um... what was the point of making Turner (Bridges) a racist? It never has any bearing on the plot. 2) And speaking of Turner – is anyone really that nice? Good Lord, Alex treats him like crap, and he keeps coming back to help her out of jams. 3) So wait – Alex visits her friend Frankie, looking for an outfit to wear; he informs her he’s a “drag queen, not a transvestite” (meaning everything in his closet is WAY over the top), and yet she somehow finds a conservative pantsuit that fits her, even though Frankie is obviously somewhat larger. 4) Hmm... you know, the film never really tells us why Alex drinks – or why Turner used to be an alcoholic, for that matter. I guess it’s because her career went into the toilet, but I was under the impression her career tanked because she was already drinking. 5) You know.... if somebody really wanted to kill Bobby Korshak, there must be a million easier ways to do that than to set up Alex for murder. And why transport the corpse to her place, rather than bury it in the desert, or dump it into the ocean? 6) This blog has a policy against giving out spoilers, but holy shit – I can’t believe the ending. Let’s see: there are three main characters in this movie; no other major characters are introduced, and Alex falls in love with Turner, who she meets at the airport by chance – take a wild guess who framed her.


Rating: I have to give The Morning After a rather mixed review. Jane Fonda delivers a magnificent performance as Alex, the boozy actress (I can see why she was nominated for an Oscar), and the best parts of the movie focus on her trying to get by, day-to-day; somehow, Fonda makes Alex sympathetic, even when she isn’t a very nice person – that’s not easy. Maybe this film would have worked better as a character study without the murder – who knows? Granted, the murder-mystery provides some genuine thrills and chills, but it all seems incredibly contrived, with a bullshit ending. 6.5/10 stars.