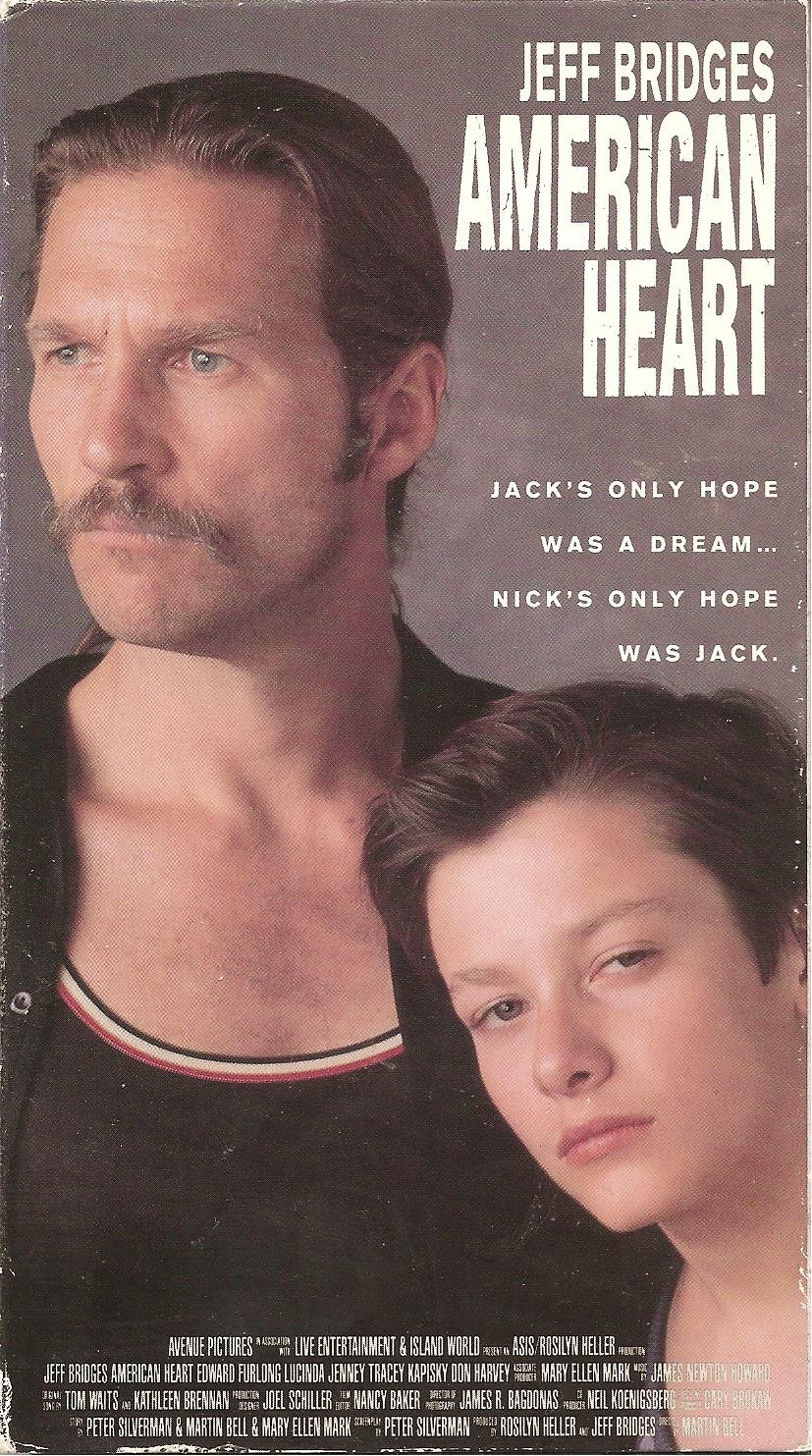 Jeff Bridges Film Fest Movie #17 [Arrrgh! I hate it when my movie themes spill over into the next month! Oh well – I’ll have to do a better job of putting pen to paper going forward]


Blurb From the VHS Jacket: “It took heart to grow up on the streets. It took guts to survive five years in prison. Now Jack Kelson is getting out and he has only three goals: get a room, get a job, and get to Alaska where the air is clean and a man can start fresh again.”

What Did I Learn?: A cubbyhole in the wall is a shitty place to keep your hard-earned money.


Really?: 1) American Heart is sort-of based upon a real-life documentary called Streetwise, so maybe I’m completely off-base in saying this, but this film features one of the most obvious made-in-Hollywood street gangs I’ve ever seen. 2) So wait – Jack’s ex-crime partner mentions a potential jewellery store heist and then... it never comes to fruition? 3) Hold on - the school informs Nick they need transcripts from his previous school before they can admit him as a student. Isn't it the school's job to obtain those transcripts? Doesn't Nick have to attend school by law? Couldn't somebody pick up a phone or send a fax, or something?

Rating: According to imdb.com, American Heart is Jeff Bridges’ personal favourite among the films he’s made, and I can see why: he gets a chance to do some real acting. American Heart is a powerful movie about people at the very bottom of society – it reminded me of Straight Out of Brooklyn– but it’s incredibly bleak, depressing, and difficult to watch, and it's marred by a less-than-stellar performance from Furlong. 7/10 stars.