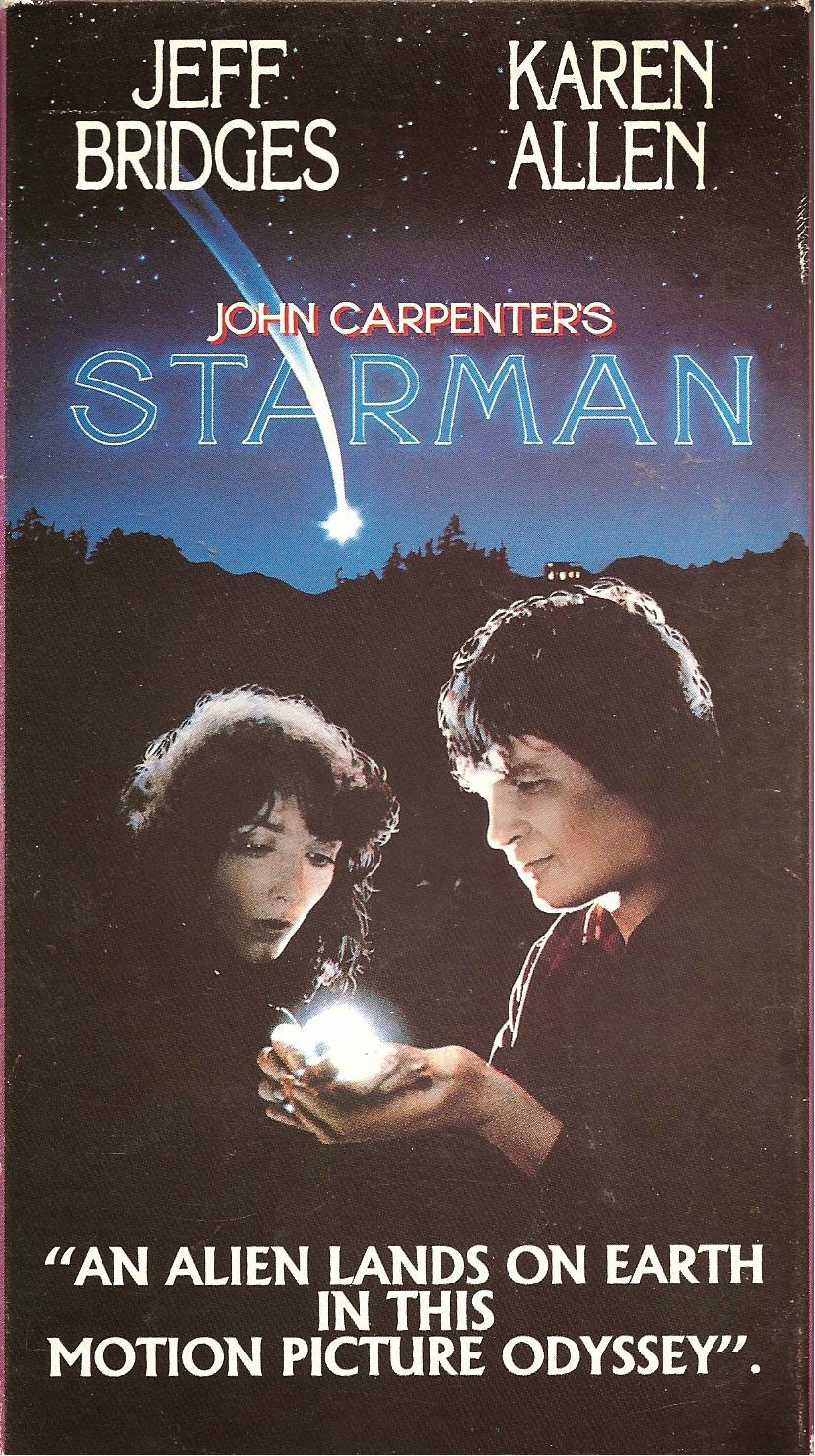 
Blurb From the VHS Jacket: “Director John Carpenter presents a romantic science fiction odyssey starring Jeff Bridges as an innocent alien from a distant planet who learns what it means to be a man in love.”


Really?: 1) Wow... even though this film was made at the zenith of the Reagan era, the US Army is portrayed as a bunch of trigger-happy, jack-booted thugs. Considering the degree to which Hollywood now depends on the US military for equipment, locations and extras, you would never see this today. 2) Um.... why does Starman have to travel half-way across the country in order to get picked up by his fellow aliens? Why couldn’t they trace his signal to a cornfield, or something? 3) Funny how Starman doesn’t seem to have any physical ailments until Jenny tells the government agent he’ll die if he doesn’t get to the crater, lickety-split.


Rating: While it was interesting to watch John Carpenter’s Starman again just for the sake of nostalgia (I hadn't seen it in nearly thirty years), the film now seems a bit dated, and even a little juvenile. Jeff Bridges and Karen Allen share some nice moments together, but there are a few too many scenes of Starman matching wits with redneck truckers, and the pursuit gets old, fast; I guess either Carpenter, or somebody at the studio felt the movie needed explosions and car chases. It’s a shame Carpenter couldn’t have expanded Charles Martin Smith’s role as a thoughtful government agent, and given him more interaction with Jenny and Starman. 6/10 stars.