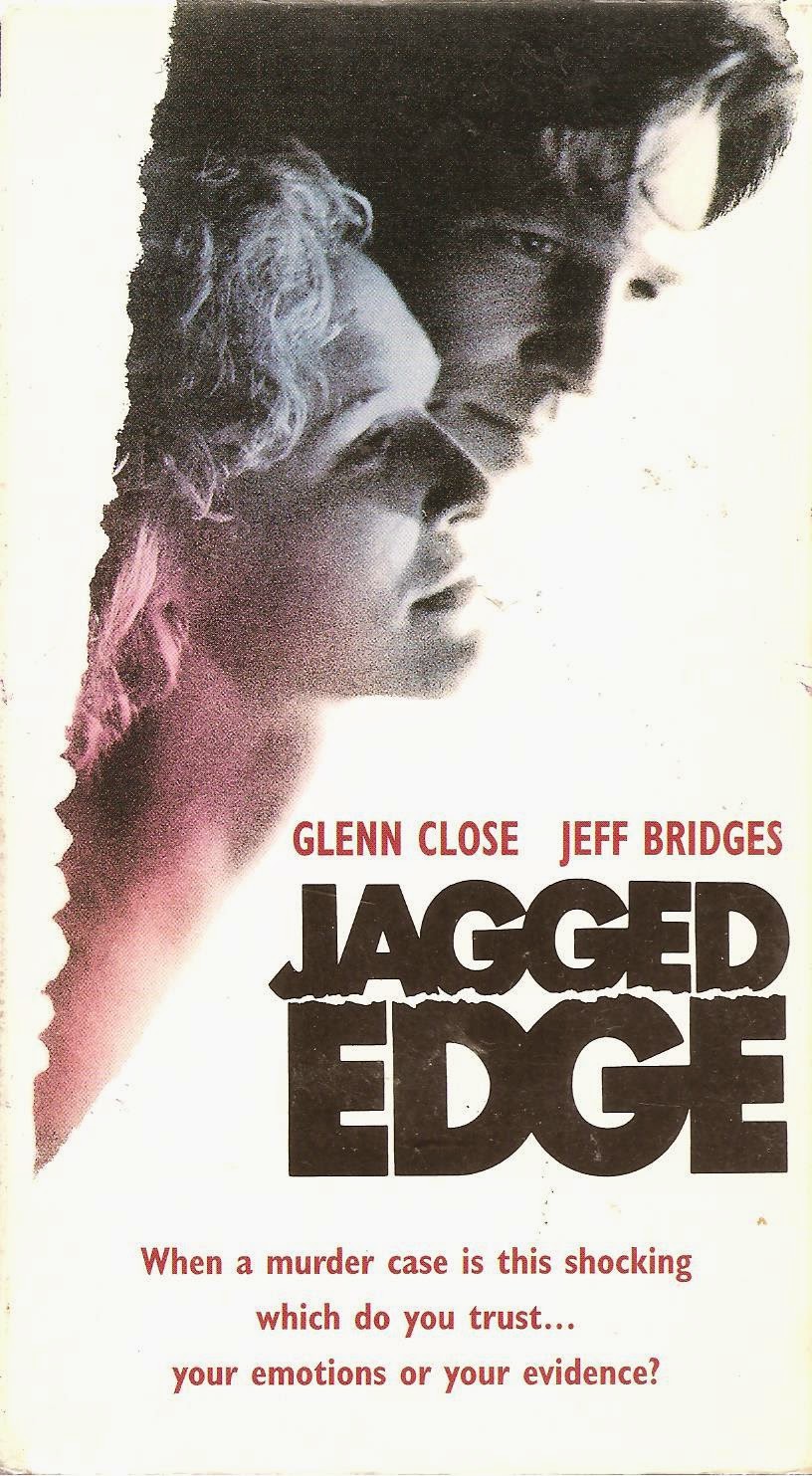 
Synopsis: Ever wanted to see an episode of Perry Mason that features brutal, disturbing violence and a whole lot of unnecessary profanities? This is your lucky day!


Blurb From the VHS Jacket: “A grisly homicide.... a sensational trial... a forbidden affair – it’s JAGGED EDGE, a razor-sharp suspense thriller about crime, punishment and passion. Jeff Bridges is the prime suspect and Glenn Close plays the attorney who falls in love with him.”


What Did I Learn?: Joe Eszterhas is a shitty writer. Oh wait - I already knew that after watching Basic Instinct.


Really?: 1) Gee – is that mask really necessary for the killer? I suppose that it is, if you want to mis-direct the audience about his identity, but if he’s going to murder everyone in the house, anyway, and the mask can only frighten would-be victims, it doesn’t seem like such a hot idea. 2) So wait – Teddy (Gleen Close) finds the mysterious typewriter, and instead of say... oh, I don’t know... going to the District Attorney, or the cops, her big plan is to lay in bed, and blast any intruders with a revolver? 3) So, is it common for lawyers in criminal cases to either not ask any questions, or examine a witness for only two or three minutes? 4)  Wow... maybe that silly “twist” ending could have been more of a surprise if the DA didn’t explain everything ahead of time. 5) Hold on – why would Jack (Bridges) admit to a one-night stand years ago, but not a more recent affair? His life is on the line!


Rating: Jagged Edge isn’t quite a bad movie – it is a compelling thriller, but that’s only half the story. Eszterhas’ dialogue is terrible (“he’s got a rap sheet as long as my dick”), the courtroom scenes are unrealistic and far more akin to Matlock than to Law and Order, and the ending is so bad that I have to deduct at least two stars. 5.5/10 stars.