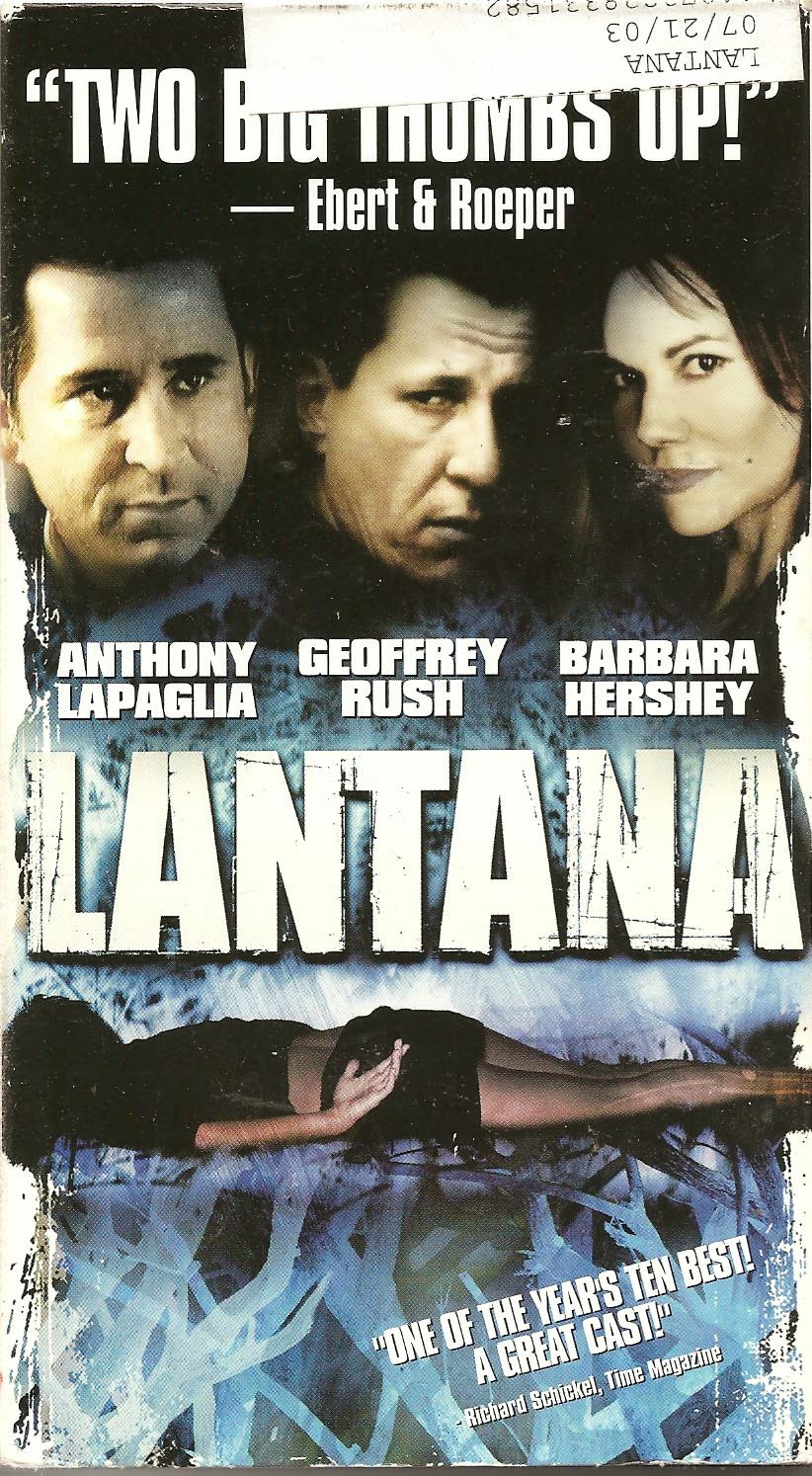 Schuster at the Movies is saddened to hear of the recent passing of British actor Bob Hoskins – he was quite talented. Please click the links to read my reviews of Passed Away, The Cotton Club,  Mona Lisa, Who Framed Roger Rabbit, and my favourites – Last Orders and The Long Good Friday. (Speaking of which, Hoskins delivered a magnificent pro-British/anti-American monologue in that film).


Oh, and I realize that Star Wars has nothing to do with either Bob Hoskins or Lantana, but May the Fourth Be With You.


Synopsis: A woman has been murdered in the wilds of Australia.... but before we get to her, let’s spend an hour or so on couples therapy.


Blurb From the VHS Jacket: “A woman disappears. Police detective Leon Zat (Anthony Lapaglia), consumed with guilt about cheating on his wife, becomes embroiled in the investigation. The secrets and lies of four couples weave Leon’s investigation and illuminate the personal crisis he must resolve.”


What Did I Learn?: If you’re ever tempted to be a good Samaritan and help a woman who is stranded by the side of the road, don’t. Just don’t.


You Might Like This Movie If: you know that Australian film has come a long way since um... this guy.


Really?: 1) Wow... what are odds of all of these strangely-and-tenuously-linked people somehow running into each other? 2) So, are there any rules against police brutality in Australia? I’m just curious.


Rating: Lantana is an incredibly engrossing, but very strange thriller from Down Under. The film moves at almost a snail’s pace (which is why I can’t give it 10 stars), but it’s well-written, it features some great acting from LaPaglia, Geoffrey Rush and Barbara Hershey, and you can’t help yourself from thinking these are real people dealing with real problems. Highly recommended. 9/10 stars.