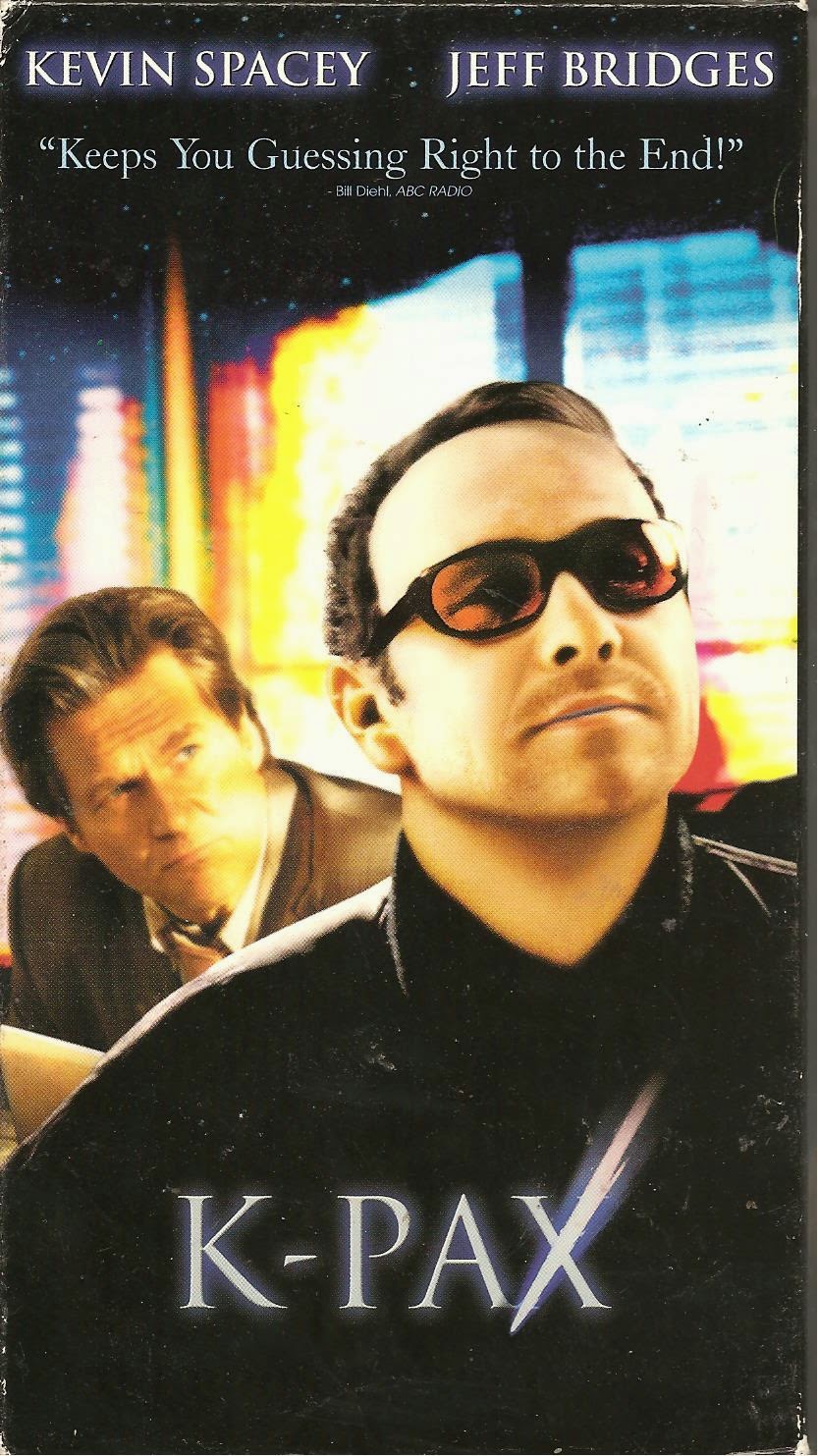 
Blurb From the VHS Jacket: “A stranger who calls himself Prot (Kevin Spacey) seemingly appears out of nowhere following a disturbance at New York’s Grand Central Station. Claiming to come from the distant planet K-PAX, Prot draws the attention of jaded Dr. Powell (Jeff Bridges), whose initial scepticism soon turns to fascination and amazement.”


What Did I Learn?: 1) Aliens love fruit. 2) The best method for curing an obsessive-compulsive mental patient is to...um... strangle him until he recognizes the futility of evading death, and learns to love living.


You Might Like This Movie If: You know that friendly, but smart-alecky aliens are nothing but trouble.


Really?: 1) I can’t help myself from thinking that if Prot is telling the truth – he’s temporarily in possession of Robert Porter’s body – he would have all the vulnerabilities of a human. Instead, he can ingest Thorazine like it’s lemonade, and he can somehow see ultraviolet light. 2) See: "What Did I Learn?" #2.


Rating: K-Pax is an intelligent, well-written film that works because we’re never entirely sure if Prot is an actual alien entity or a figment of Robert Porter’s imagination. Bridges is quite good as Dr. Powell, but Spacey delivers an incredible performance as a very strange mental patient. Highly recommended. 9/10 stars.