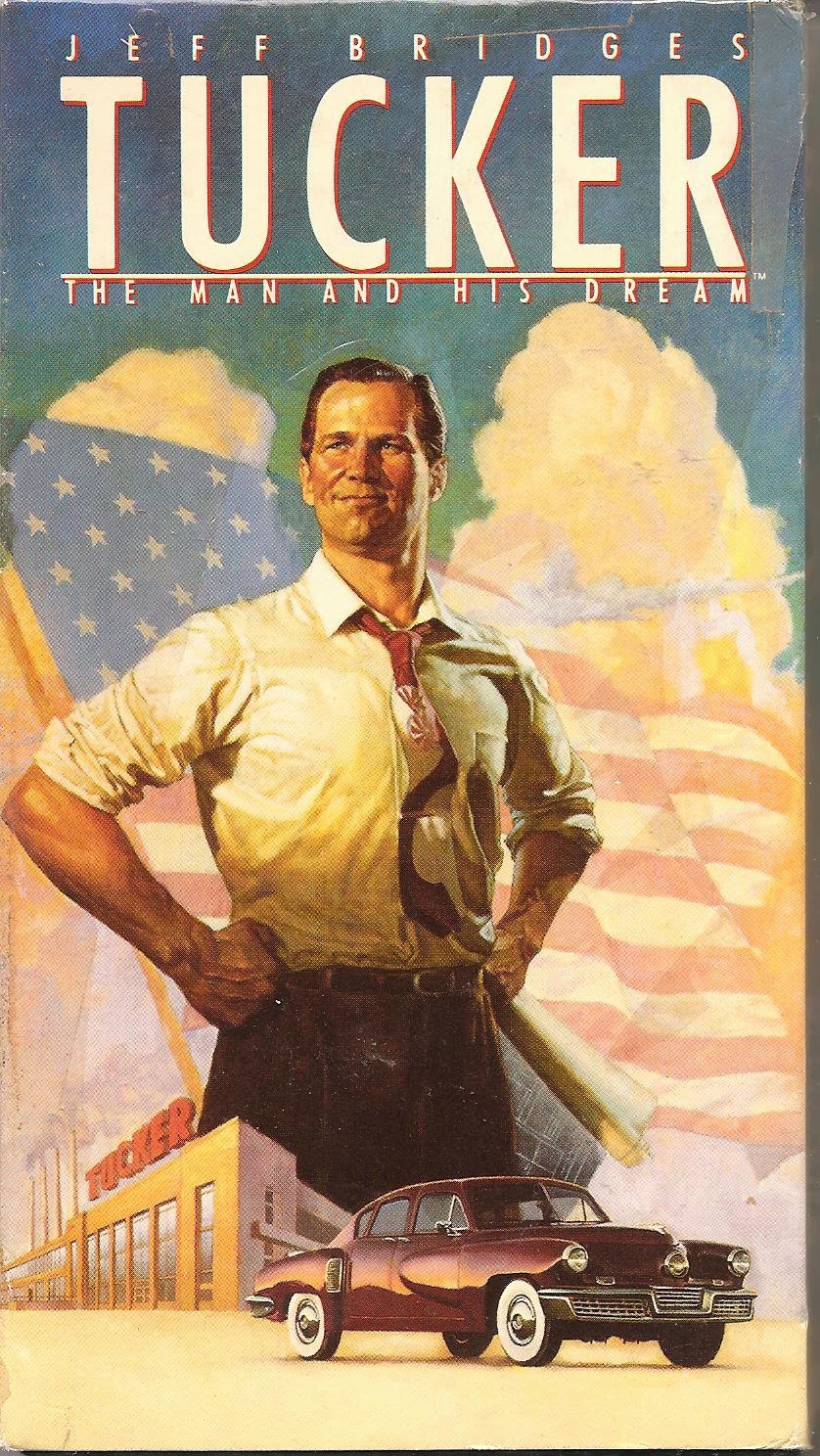 
Synopsis: Maniacally optimistic entrepreneur learns the hard way that you should never, ever even think about taking on an industry that’s considered “too big to fail.”


Blurb From the VHS Jacket: “In a dazzling portrayal by Jeff Bridges, (Preston) Tucker is a dynamic engineer and an enthusiastic showman who envisions the car of the future. Against mighty odds he manages to build a fleet of them – only to have his factory shut down by Detroit’s Big Three automobile manufacturers.”


What Did I Learn?: Apparently, your employees will gladly work around the clock, for weeks at a time on seemingly impossible tasks if you provide them with home-cooked meals.


You Might Like This Movie If: you know this is simply a work of fiction - you couldn't imagine the Big Three automakers ever doing anything sneaky, or putting American lives at risk.


Really?: 1) Holy shit, take a drink every time we have to hear that fucking “Hold That Tiger” song. Take two drinks if Bridges himself sings it. 2) Um... why would Tucker bring his pre-teenaged son with him on a very important trip to meet with Howard Hughes? 3) So, did Tucker ever get started on that big, crackpot refrigeration-for-the-Third World project he mentions right at the end of the movie? The film reveals that he died a few years after the criminal trial, but I have to wonder: what happened to Tucker and his family? How did they pay off that mountain of debt? 4) See: “What Did I Learn?”


Rating: I have to give Tucker: The Man and His Dreams a decidedly mixed review. The film’s production values are top-notch, and I liked Martin Landau’s performance as Abe, the cynical, arch realist financial guru, and perfect foil for Tucker’s sunshine optimism. Unfortunately, Tucker’s character doesn’t develop, and the script never addresses his lack of horse-sense, so his failures are all the result of a giant conspiracy, meaning the film becomes a tiresome morality play: everything Tucker and his buddies accomplish in the family barn is good; everything the suits do in the factory, or in Washington DC is bad – very bad!  Oh, and I have to deduct half a star for the overuse of “Hold That Tiger” – I never want to hear that song again! 6/10 stars.