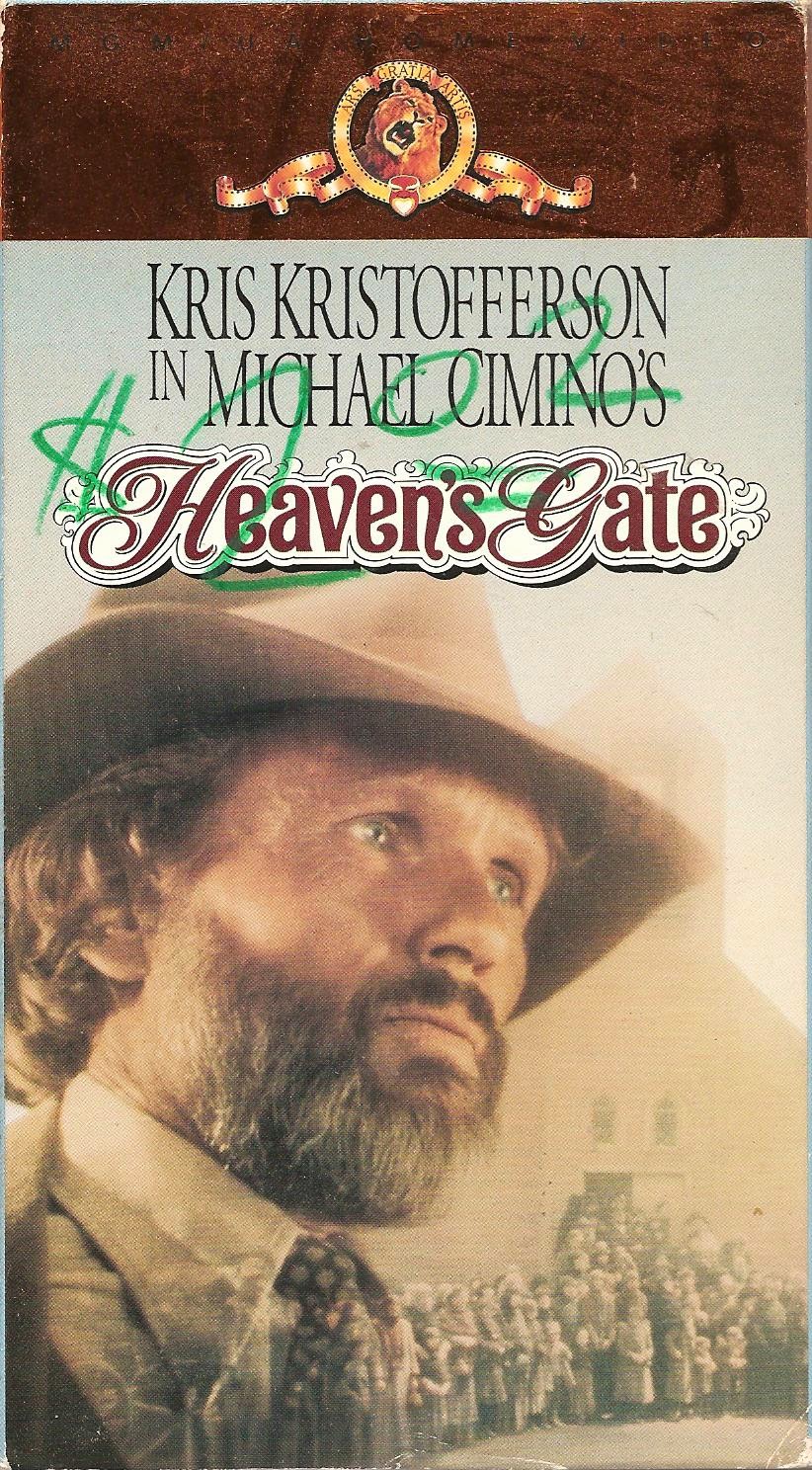 Jeff Bridges Film Fest Movie #8 (Ok, it’s a bit of a stretch to call this a Jeff Bridges movie, considering Kris Kristofferson is the star, and Bridges is 6th or 7th in the credits)


Synopsis: Greedy ranchers murder innocent settlers. But before we get to that, let’s watch a dozen waltzes, a long speech, and some guy on the violin.


Blurb From the VHS Jacket: “Few movies in Hollywood history have been talked about by so many – and seen by so few. Michael Cimino’s ambitious, romantic and grandly-scaled frontier  epic was cut by 70 minutes for its national theatrical release. Now the controversial original can be seen in its entirety.” [Yeah – it was “controversial” and “talked about by so many” because it pretty much bankrupted United Artists!]


What Did I Learn?: Just because you can film long scenes in a sepia tone doesn’t mean that you should.


Really?: 1) Yeah... I’m not sure a movie character can “turn babyface” after brutally gunning down an unarmed man who was merely trying to feed his family. That scene came to mind every time Christopher Walken tried to do something heroic later on. 2) So wait – James Averill (Kristofferson) finds out the local ranchers have put nearly everyone in Johnson County on a hit list, and then... he says nothing about it until the hired killers show up and starting icing the locals? WTF? 3) Why in the world would the hired killers bring John Hurt's character along for the big kill-a-thon? He's a useless, drunk tenderfoot.


Rating: I wanted to like Heaven’s Gate a lot more than I did. I generally enjoy Western epics, and I give full credit to Kris Kristofferson for a solid performance, and to Michael Cimino for some beautiful cinematography. That said, Heaven’s Gate is reminiscent of Cimino’s other big film, The Deer Hunter: far too long (3 hours and 40 minutes!), totally unfocused, and unable to convey a simple story. I mean, holy shit – what’s the deal with all the waltzes, and the roller-skating scenes? Maybe there’s a good movie hiding somewhere in this mess, but I only caught glimpses of it. 5.5/10 stars.