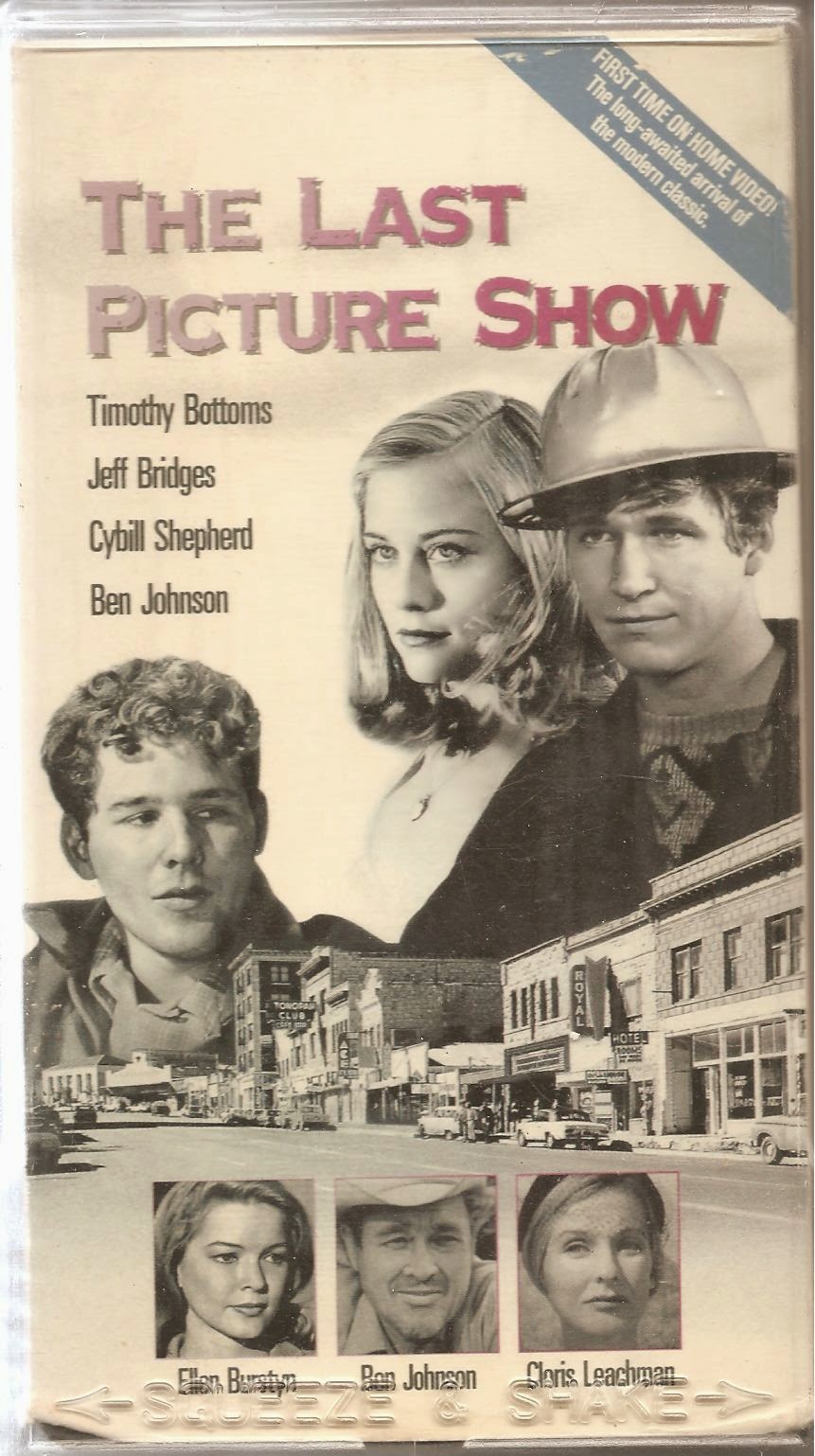 Synopsis: Ever wanted to see an artsy-fartsy, black-and-white version of American Pie that substitutes long, depressing scenes of tumbleweed blowing through a dying Texas town for gross-out gags? This comes close...

What Did I Learn?: Fellas, if your girlfriend won’t let you get to “second base” with her, even after you’ve been dating for a year, you’re perfectly within your rights to give her the old dumperoo.

You Might Like This Movie If: You enjoy seeing big-name stars before they were famous.
Really?: 1) So, Sonny (Bottoms) starts dating Jacee (Shepherd) even though he has a good thing going with the coach’s wife, and he must know it will only scotch his friendship with Duane? Sure, he’s 18 years old, and thinks with his dick, but that’s still pretty dumb. 2) Wait – the preacher’s son abducts a little girl, pays her for her underwear, and then... it’s all dismissed as no big thing by the cops? I’m a little surprised he isn’t chased out of town.

Rating: The Last Picture Show is a slow-moving, but incredibly heartfelt and beautifully-filmed portrayal of teenagers in 1950s North Texas. The film boasts a number of great performances (Cloris Leachman does a magnificent job near the end when her character rips into Sonny for basically abandoning her), and holy cow, what a cast – Ellen Burstyn, Randy Quaid, and even Jonathan Hillerman (best remembered as the long-suffering Higgins on Magnum PI) in a small role. Highly recommended. 9/10 stars.