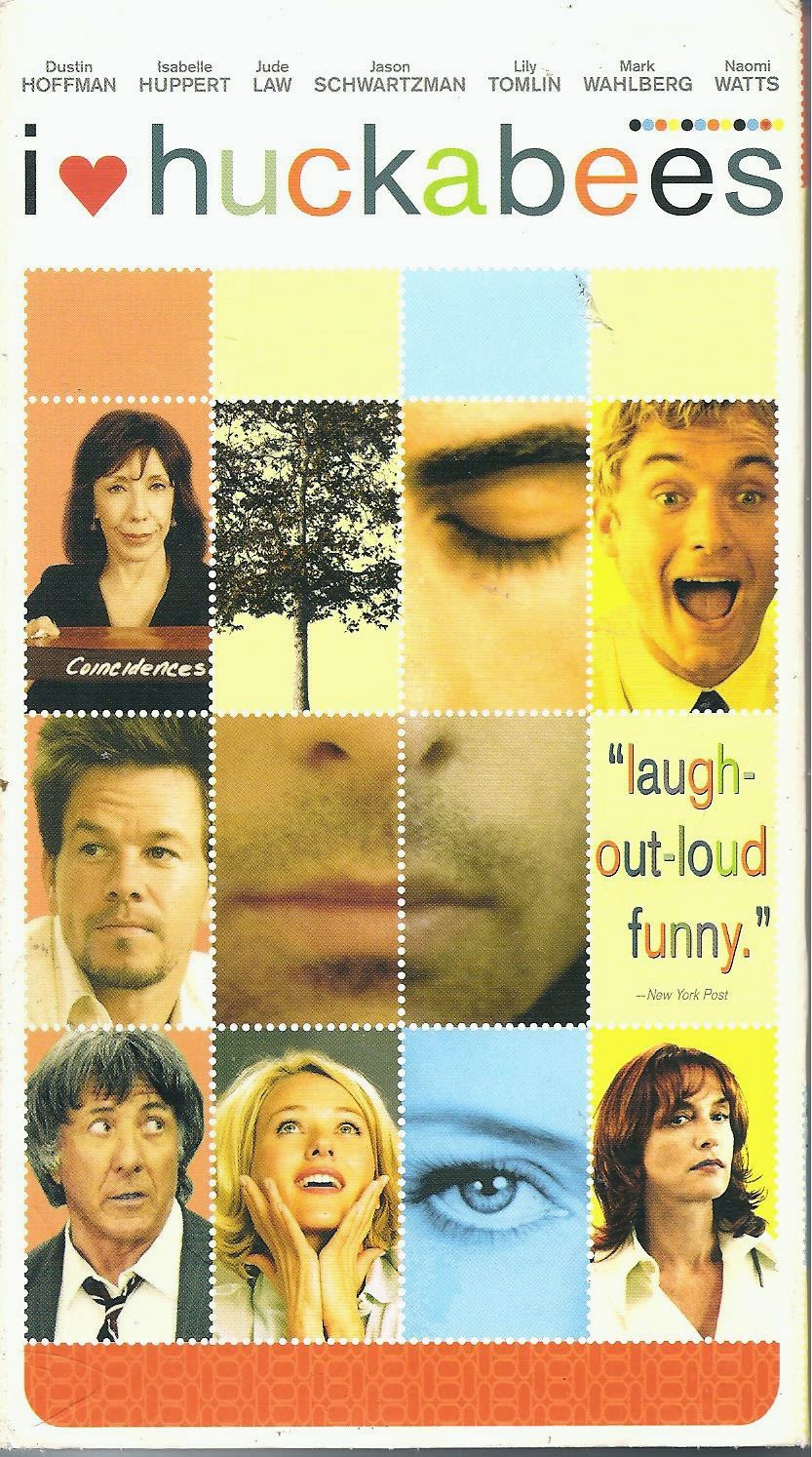 Blurb From the VHS Jacket: “An exuberant offbeat comedy in which Dustin Hoffman and Lily Tomlin play detectives hired by kindhearted local poet & activist Albert Markovski (Jason Schwartzman) to investigate the meaning of three coincidences that could hold the key to life.”

What Did I Learn?: 1) The universe is an infinite sphere whose center is everywhere and whose circumference is nowhere. 2) It’s not a great idea to tell unflattering stories about Shania Twain behind her back.

You Might Like This Movie If: You love big-name Hollywood stars...and the name "Huckabee." [Incidentally, Mike Huckabee wasn't crazy about this film]
Really?: I Heart Huckabees is a very strange black comedy, so it might not be entirely fair to judge it on the basis of its overall credibility. That said, I had a bit of a hard time believing Catarine (Isabelle Huppert) could not only sneak into sneak into the Markovski’s apartment, but knew exactly where to find Albert’s journal, read it within minutes, and instantly understood its meaning.

Rating: I Heart Huckabees is one of the most original, cleverly-written, and inventive films I’ve ever watched – in some ways it’s reminiscent of Waking Life and Adaptation. Huckabees is chock full of great performances and memorable moments, although the comedy is a bit hit-or-miss. Highly recommended. 9/10 stars.