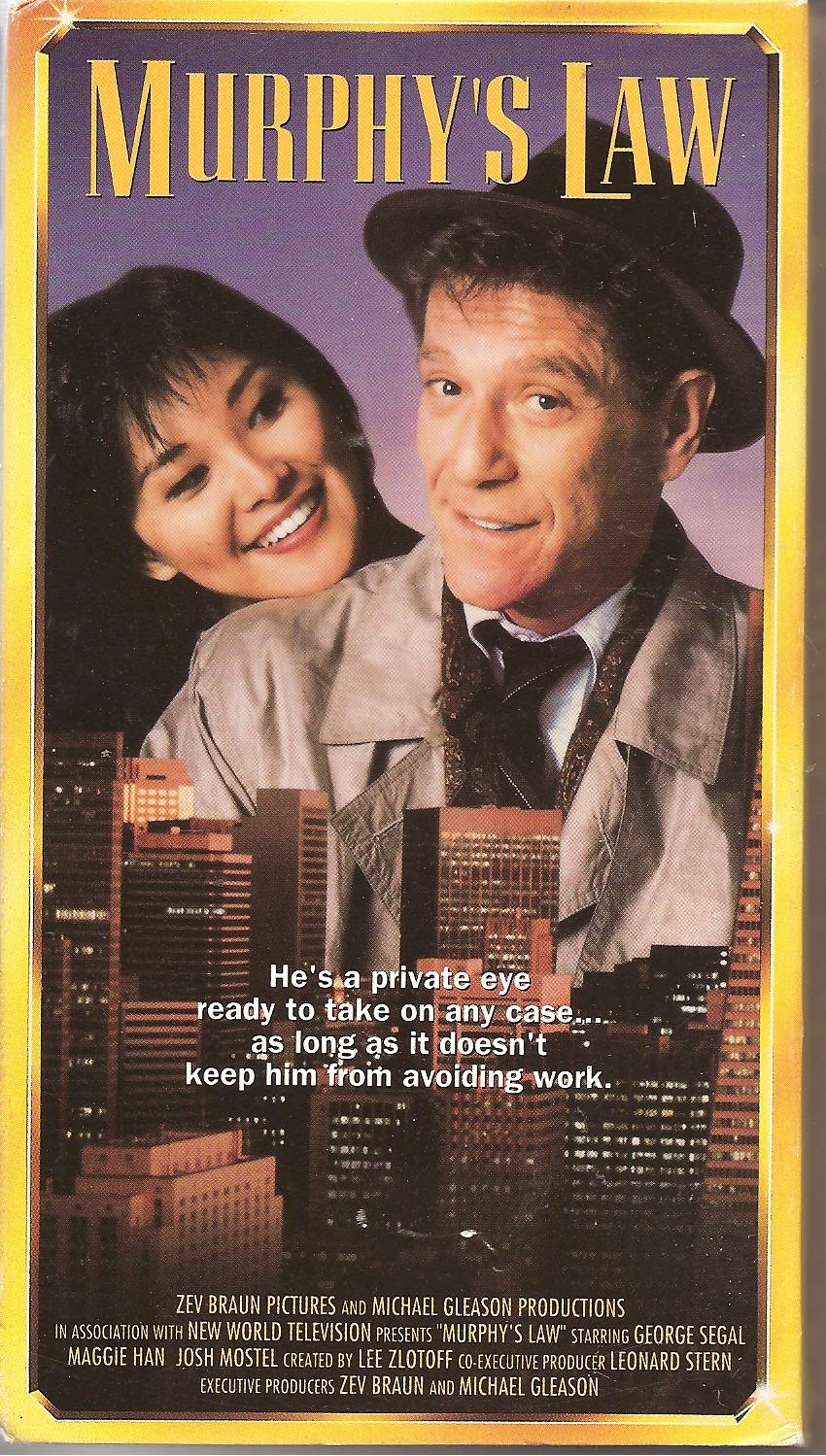 George Segal Film Fest Movie #1 (It’s a shame that George Segal’s career as a leading man more-or-less fizzled out in the mid-1970s – he was great in flicks such as California Split and King Rat. I figured a tribute of-sorts was in order)

Synopsis: Ever wanted to watch a low-budget Moonlighting clone (complete with a theme song by Al Jarreau!), where the male lead is WAY too old for his attractive female partner? This is your lucky day…

Blurb From the VHS Jacket: “A 57-year old woman dies of congestive heart failure. But not before a $2,000,000 insurance policy is taken out on her life by someone who has painstakingly covered his tracks. A case for investigator D.P. Murphy? You bet.”

What Did I Learn?: The local constabulary will not give you a breathalizer test if you ask them for one.

You Might Like This Movie If: You've experienced Murphy's Law on more than one occasion.
Really?: So, Maggie Han’s character is named “Fannucci?” She certainly doesn’t look half-Italian. Come to think of it, why in the world is she shacked up with a broke, recovering alcoholic private investigator 25 years her senior? I don’t think that’s ever once explained – and this was the pilot episode!

Rating: I never watched Murphy’s Law when it was on television in 1988-89, and I’m glad I didn’t - it’s obvious the show was terrible. Segal and Han do their best with the material, but the plot and dialogue are awful, and watching him trying to seduce her is just plain creepy (See: “Synopsis”). I cannot recommend this movie. 3/10 stars

Would It Work For a Bad Movie Night: Probably not – but take a drink every time Murphy brags he hasn’t taken a drink.