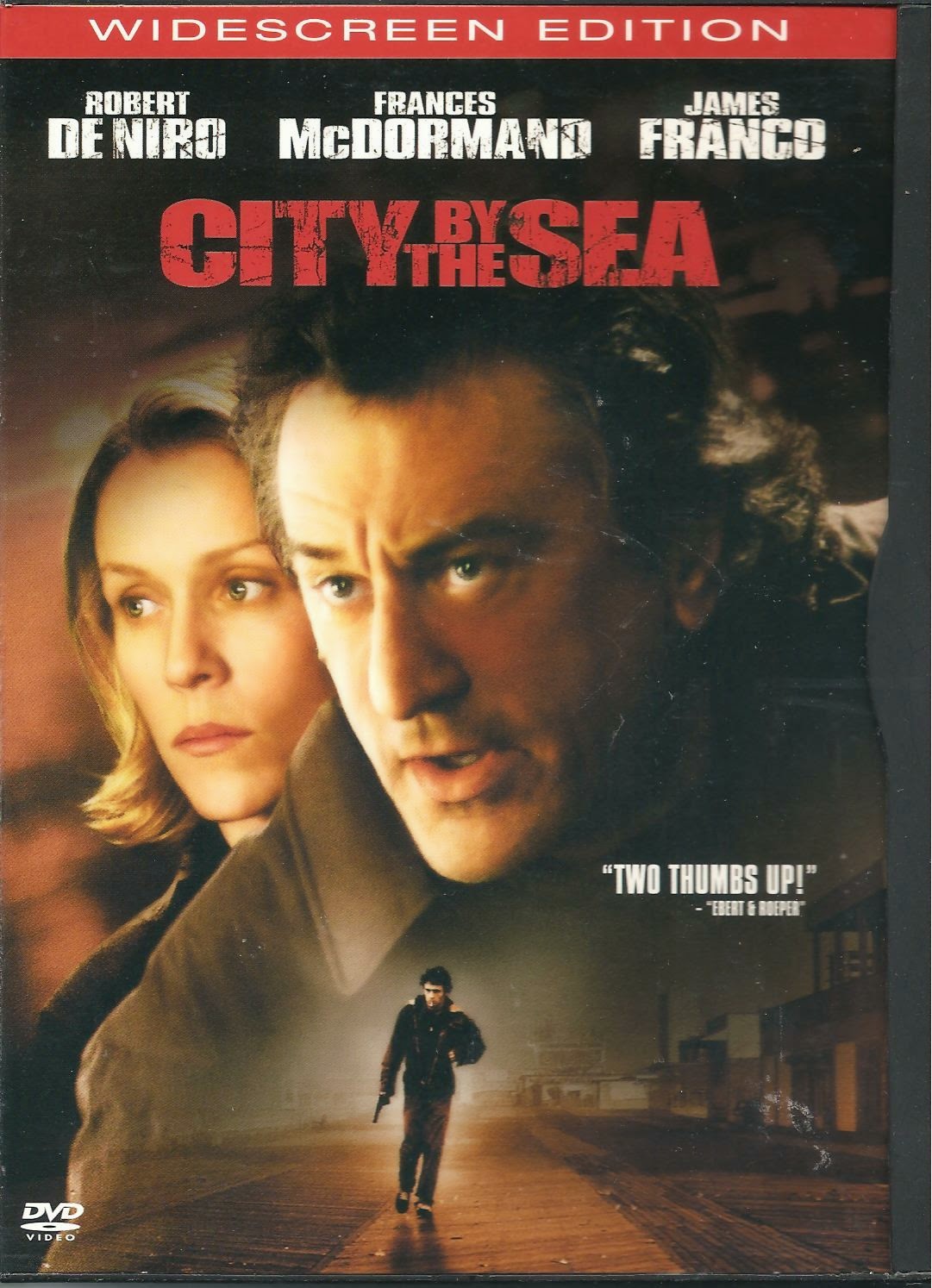 Blurb From the DVD Jacket: “Vincent LaMarca’s job is to arrest killers, but this job is different. The suspect he is tracking is his own son. As a cop, LaMarca must bring the accused to justice. As a father, he must find a way to save his son.”

You Might Like This Movie If: Just like Vincent LaMarca, you know that living right by the sea is a bit over-rated.
Really?: 1) Hold on – a couple of junkies kill a drug dealer in the middle of nowhere, run away with his dope, and never think to search his person for cash? He was carrying four grand!! 2) So, um….what happened to Vincent’s relationship with Michelle (Frances McDormand)? It’s all rather unresolved at the end.

Rating: City by the Sea isn’t bad for an evening’s entertainment, but it’s slow-moving and often feels more like a made-for-TV police procedural, right down to the casting of George Dzundza (the murdered police detective from Law and Order) as the protagonist’s murdered police detective partner, and John Doman (the hard-assed police boss from The Wire) as his hard-assed boss. It’s all pretty mundane, and we're never really given any reasons to care about Joey's fate, but I have to award City by the Sea an extra star for De Niro’s impassioned, and surprisingly moving speech to his son near the end of the film – it’s a good moment. 6.5/10 stars.