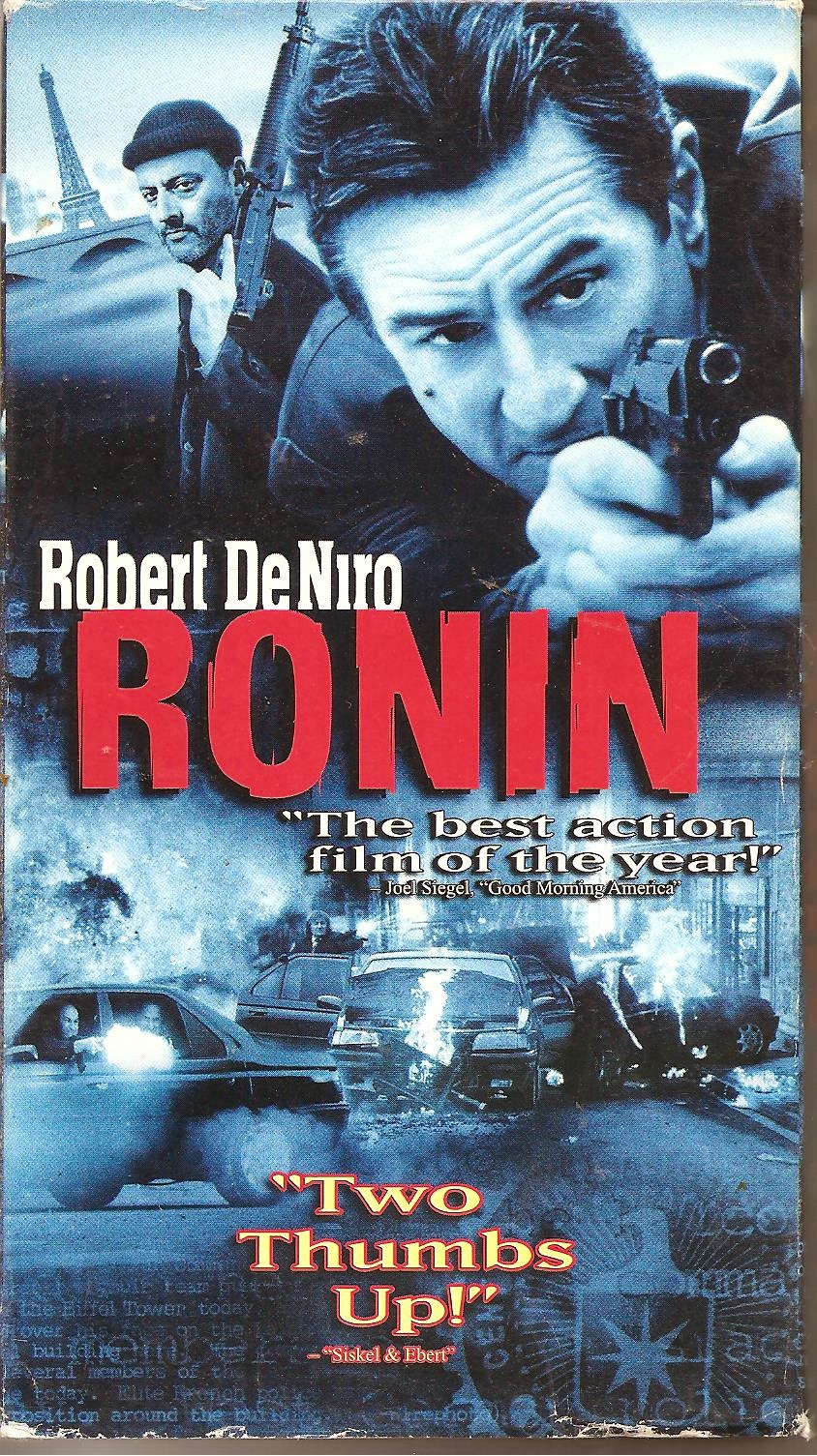 Blurb From the VHS Jacket: “in a world where loyalties are abandoned and allegiances can be bought, a new and deadlier terrorist threat has emerged – free agent killers!”

You Might Like This Movie If: You've sometimes asked yourself: "what's the colour of the boathouse at Hereford?"


Really?: 1) I had a hard time believing De Niro and Stellan Skarsgard could absorb that much punishment at the Roman ruins, and then run after each other like Ben Johnson and Carl Lewis in their prime. 2) The movie makes a plot point out of the fact that Gregor doesn’t have time to find an exact duplicate of the case, but come on – is it that hard to find a similar-looking stainless steel camera case? Is spray-painting a black case really going to fool anyone?

Rating: Ronin is an intelligent, compelling, and otherwise top-notch spy thriller. The movie features a great cast, and one of the most exciting car chases since To Live and Die in LA. Frankly, I’d love to see the 007 franchise use Ronin as a model for future films. My only complaints would be that De Niro’s witticisms get a little annoying, there’s a revolving door of villains, and Ronin is about 20 minutes too long. Still, highly recommended. 9/10 stars.