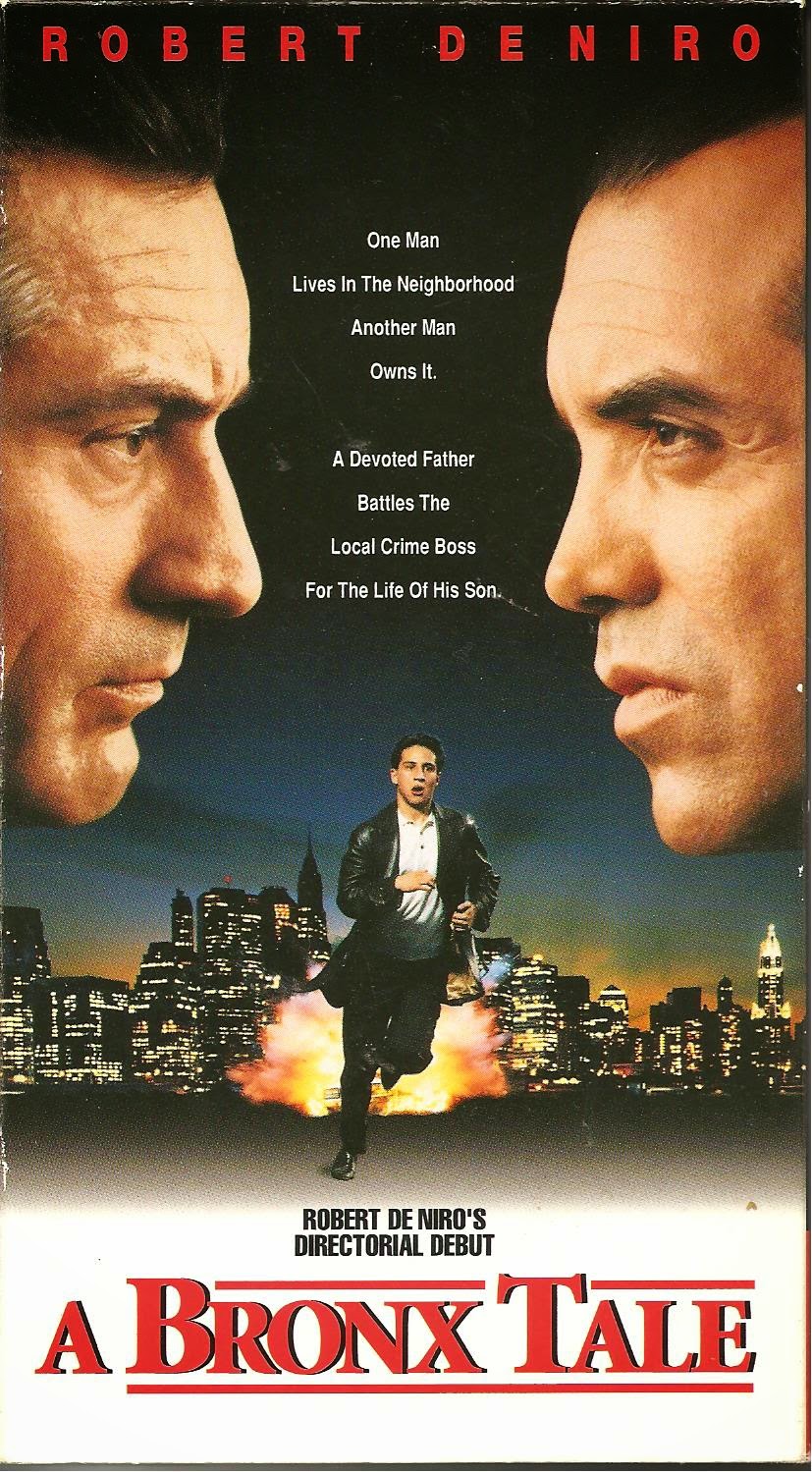 Robert De Niro Film Fest Movie #16 (Hey, this would have been perfect for my salute to organized crime movies a few years ago…)

Synopsis: Italian-American boy befriends surprisingly generous and open-minded gangster, who teaches him that racism is wrong, and um… working for a living is for chumps.

Blurb From the VHS Jacket: “In his directorial debut, two-time Academy Award-winner Robert De Niro stars as Lorenzo Anello, a hard-working bus driver who must stand up to the local mob boss if he is to keep his son from falling into a life of crime.” [Wait - doesn't that sound a bit like South Central, with an Italian cast?]

What Did I Learn?: 1) “Mickey Mantle don't care about you, so why should you care about him? Nobody cares.” 2) Doo-wop was the sound on the street in 1960. 3) “It was great to be Catholic and go to confession. You could start over every week.” 4) “Sometimes in the heat of passion, the little head tells the big head what to do, and the big head should think twice about what you are doing.” 5) “The saddest thing in life is wasted talent.” 6) “You're only allowed three great women in your lifetime.” 7) There’s a good chance that a motorcycle gang named “Satan’s Messengers” will turn out to be a bunch of pussies in a street fight. 8) Some interesting dating advice.

You Might Like This Movie If: You've always wanted to see a one-man autobiographical play adapted into a full-length feature film.
Really?: So, what happened to Calogero’s mom? She more-or-less disappears mid-way through the movie. Come to think of it, the whole working-class-joe-saves-his-son-from-life-of-crime plotline (see: “Blurb From the VHS Jacket”) is also dropped, so the movie can become West Side Story without all of the singing and dancing.

Rating: A Bronx Tale was De Niro’s directorial debut, and it’s a pretty good movie, with strong performance from both leads and a number of great lines. My only complaints would be that the film has a lot of characters and sub-plots that are introduced and then dropped (see: “Really?”) without any real resolution, and I would have liked to have seen a bit more of De Niro’s character in the second and third acts. 8/10 stars.