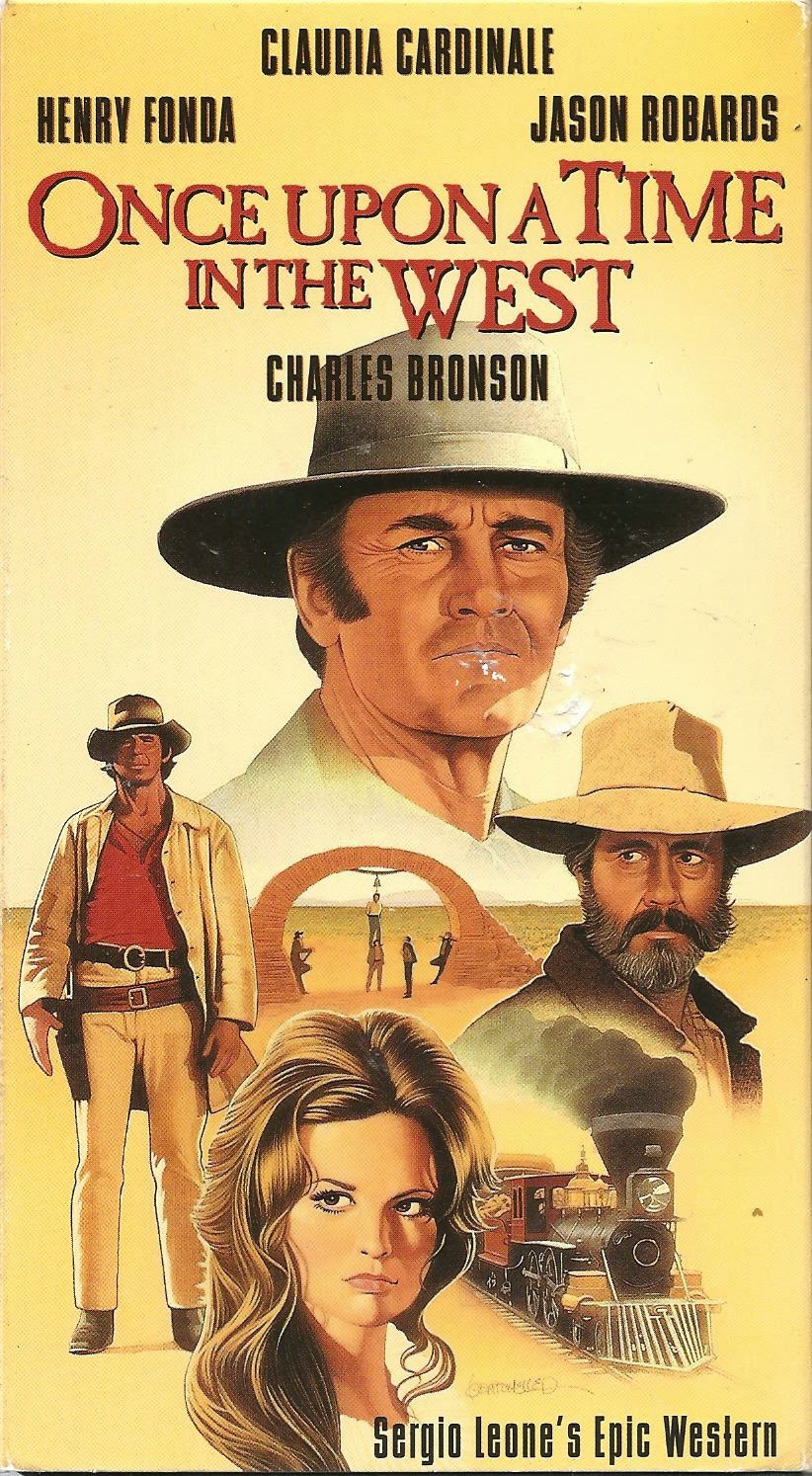 Blurb From the VHS Jacket: “Sergio Leone’s original uncut version is a monumental epic. The picture itself is as big as its Monument Valley locations, as grand as its fine, distinguished cast, as tough and bawdy as every kid imagines the Old West.”

What Did I Learn?: Never confide in a man who wears both suspenders and a belt – he can’t even trust his own pants!

You Might Like This Movie If: You’ve always wanted to see Jason Robards in a Western where he doesn’t sing “Butterfly Mornings.” [This was from The Ballad of Cable Hogue, by the way...and the song doesn't start until about 2:33]

Really?: 1) I’m pretty sure that if I were to be shot in the gut, I would immediately seek out medical attention. I don’t think I would spend my time shaving and drinking coffee. 2) I realize both Cheyenne and Harmonica have good reasons to want revenge on Frank, but they seem to go out of their way to help Jill (Claudia Cardinale), don’t they? I mean, they build a train station, for crying out loud.

Rating: Once Upon a Time in the West is deservedly regarded both as a cinematic masterpiece, and as a worthy follow-up to Sergio Leone’s other spaghetti westerns. Robards, Cardinale, and Charles Bronson are all quite good, but Henry Fonda easily steals the movie with a stellar performance as the viciously evil Frank. Clocking in at 165 minutes, Once Upon a Time in the West tends to drag in places, but it’s well worth watching – especially the slow-but-stylisly-directed opening sequence at the depot with Jack Elam and Woody Strode. Highly recommended. 9/10 stars.