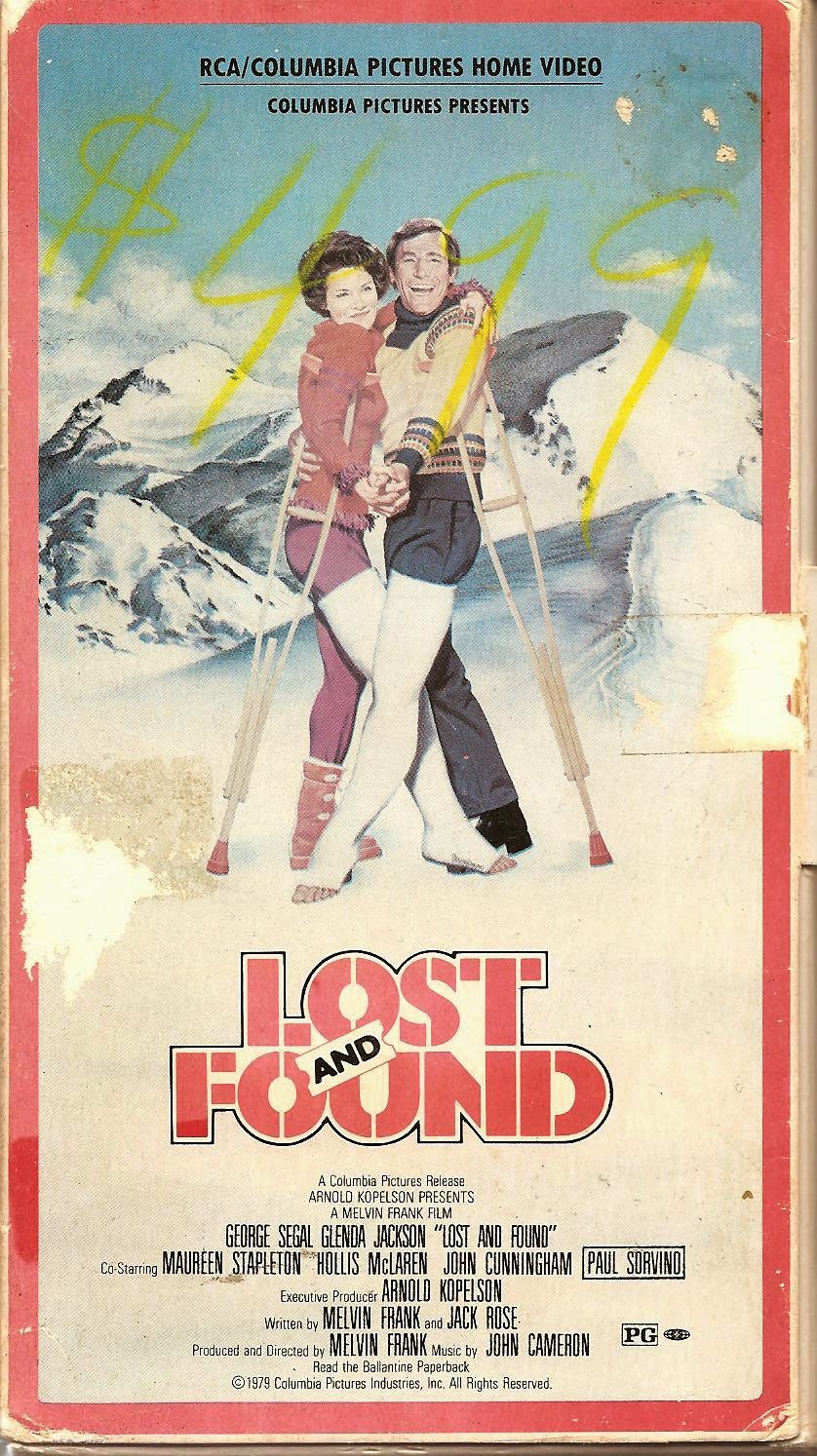 Incidentally, this movie has a minor character named "John Schuster" - that is AWESOME!

Synopsis: Hmm… George Segal, Glenda Jackson and Paul Sorvino…. Hey, it’s just like A Touch of Class - with a low budget, a crappy script and a whole lot of Canadian B-movie actors.

Blurb From the VHS Jacket: “Adam Watson (George Segal) has come to a French ski resort to recover from the recent death of his wife. Tricia Brittenham (Glenda Jackson) has come to get over an unexpected divorce. He an American English professor and she a British film secretary.” [Um…what’s a “film secretary?”]

What Did I Learn?: John Candy did a really shitty French accent.


Really?: 1) Isn’t Adam a bit old to be serving as a non-tenured prof at a not-so-prestigious university? 2) Early on, Tricia takes out a restraining order against Adam – basically, he faces jail time if he comes within ten feet of her. What happened to that plot point? Come to think of it, how could either of them afford to stay at a ski chalet for well over a month in order to heal from their injuries? Wouldn’t each of them have simply gone home, injured? 3) How long was Adam in that car, breathing carbon monoxide? I had a hard time believing he could be revived after Tricia drove all the way to the airport, and then home.

Rating: I wanted to like Lost and Found, and it actually starts out fairly well when Adam and Tricia exchange insults – and worse - at the ski chalet. Sadly, the story quickly runs out of juice in the second act when they embark on a whirlwind romance, and the remaining story focuses on Adam’s tedious quest for tenure at Not-UofT. From that point on, we’re treated to a whole lot of bad comedy and more than a few pointless screaming matches. Check it out if you want to see John Candy and Martin Short in small, before-they-were-famous roles, and to take a look at the University of Toronto in the late 1970s. Lost and Found is reminiscent of more than a few forgettable made-in-Canada films from that period: It Seemed Like a Good Idea at the Time, Crossover, and The Silent Partner. I cannot recommend this movie. 4.5/10 stars.

Would It Work For a Bad Movie Night?: No, but take a drink any time a shouting match breaks out.