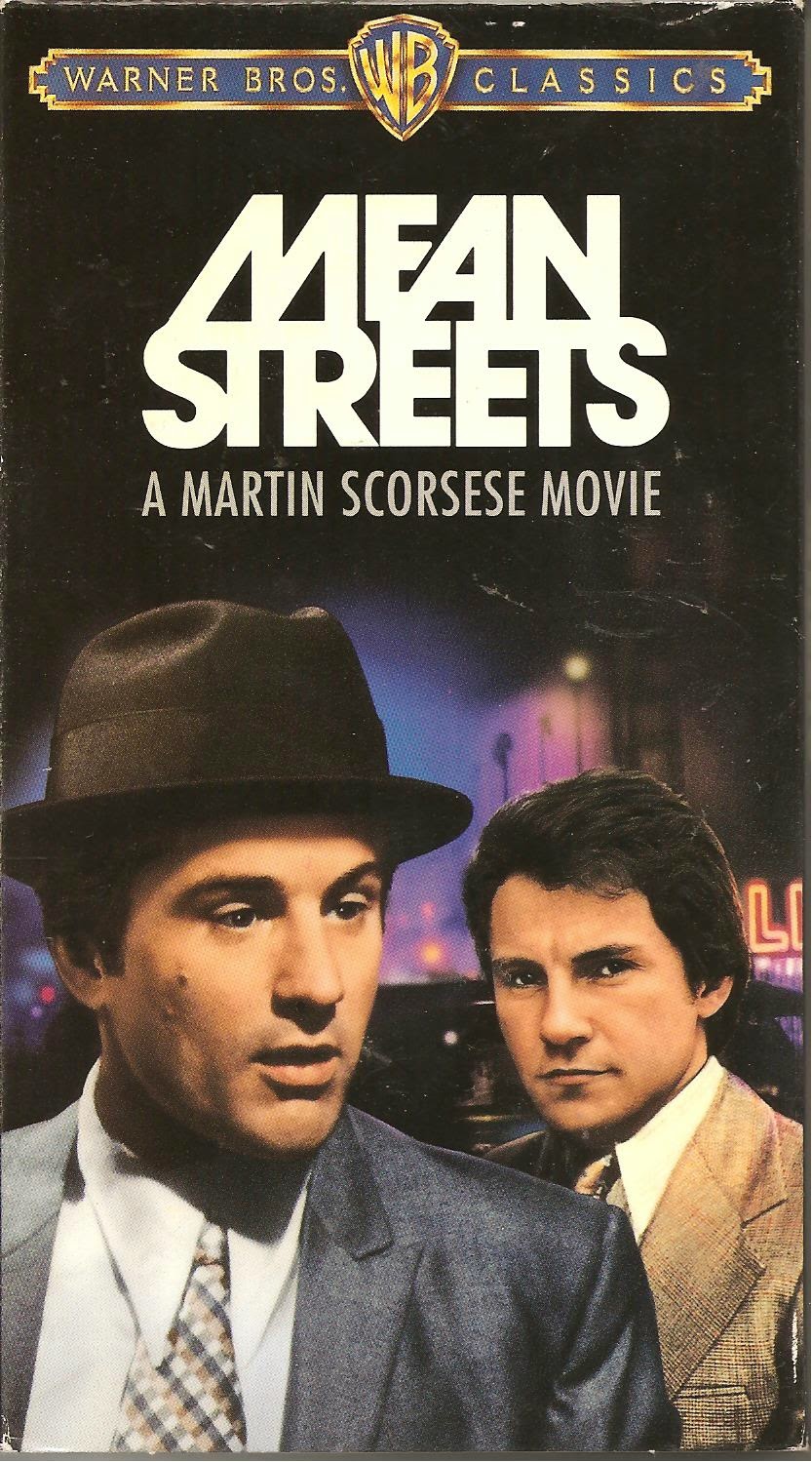 Blurb From the VHS Jacket: “Mean Streets is an instant classic... It’s a story Scorsese himself lived, a semi-autobiographical tale of the lifestyles of the first-generation sons and daughters of New York’s Little Italy. Every raw situation in Mean Streets arises from Scorsese’s experiences or observations during his early years in ‘the neighbourhood.’”

What Did I Learn?: 1) The mob didn’t have a terribly enlightened view of epilepsy in the early 1970s. 2) “You don't make up for your sins in church. You do it in the streets. You do it at home. The rest is bullshit and you know it.”

You Might Like This Movie If: You know that any street can be mean.
Really?: 1) I realize Charlie (Harvey Keitel) and Johnny Boy (De Niro) have been friends since whenever, but I had a hard time believing a go-getter like Charlie wouldn’t have ditched him years earlier. 2) Hold on – Michael has a (very!) legitimate beef with Johnny Boy, and wants to kill him, but couldn’t he attempt to do that when Johnny Boy is alone? Shooting at a car driven by Charlie – whose uncle is a big cheese in the local mafia, seems like an extremely dangerous move.

Rating: If you enjoyed Goodfellas, it’s worth your while to check out Mean Streets, as the film is in many respects a powerful precursor to the 1990 classic. Keitel does a great job as the long-suffering Charlie, but De Niro basically steals the movie with a memorable performance. Highly recommended. 9/10 stars.