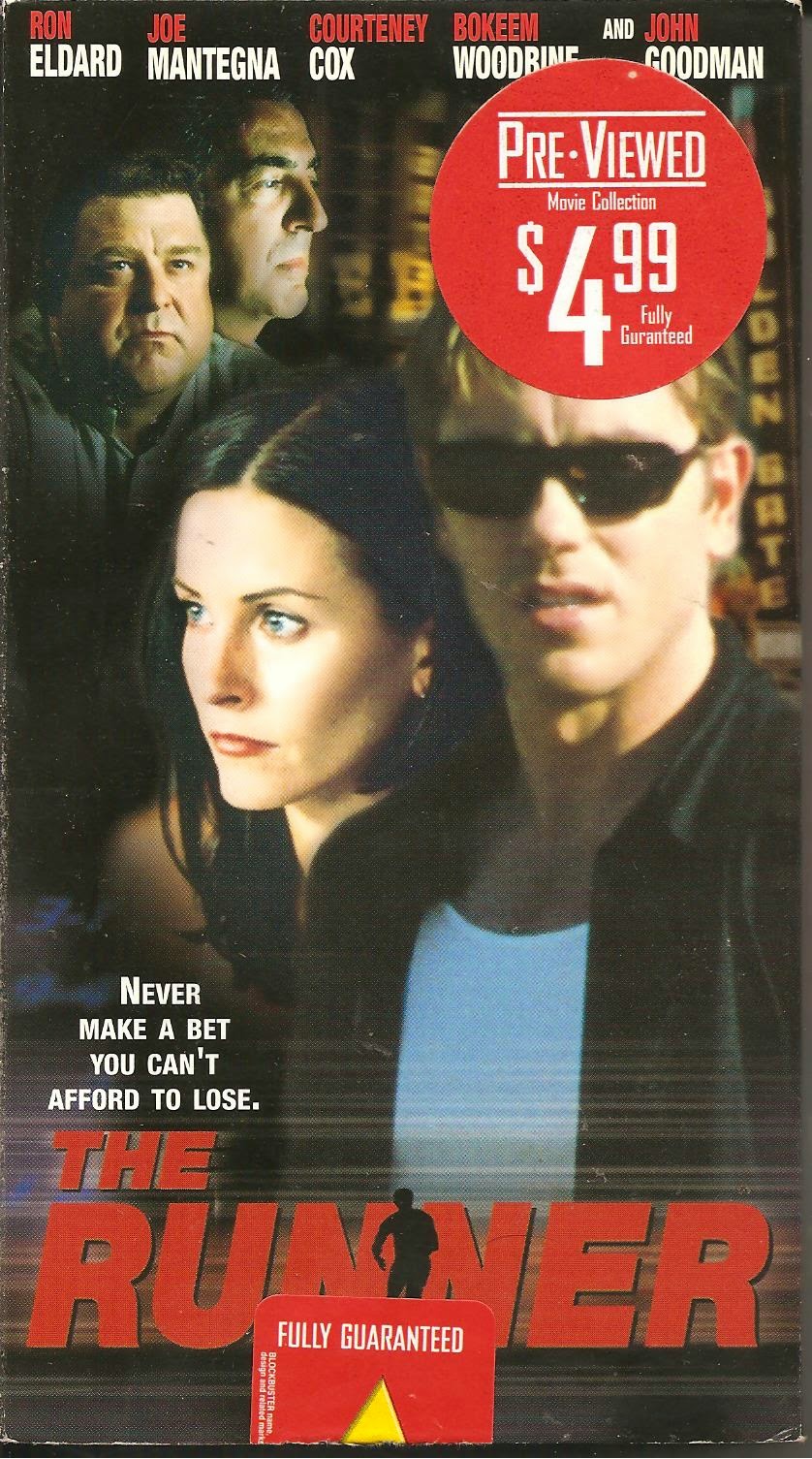 Hmm...this might have worked for my salute to Loveable Losers, except the protagonist is just an idiot.

Synopsis: Gambling is bad, mmmkay? You could lose your house, alienate your loved ones, or even be forced to hand over your first-born son to a criminal mastermind with radio-controlled attack dogs. Wait, WTF?!?

Blurb From the VHS Jacket: "Never make a bet you can't afford to lose."


What Did I Learn?: Apparently, Courtney Cox can act. I wouldn't have guessed that even after viewing a season or two of Friends.


You Might Like This Movie If: You know that Las Vegas is an exciting, glamorous city where anything can happen.


Rating: The Runner starts out well, but quickly becomes increasingly implausible after Joe Montegna's character is killed off by the radio-controlled dogs. The film is heavily contrived, the story stops making sense after awhile, and its ending is ridiculous, but I'm going to give The Runner an extra half-star (and a barely passing grade) based upon Cox's performance - I had no idea she has some real talent. 5.5/10 stars.